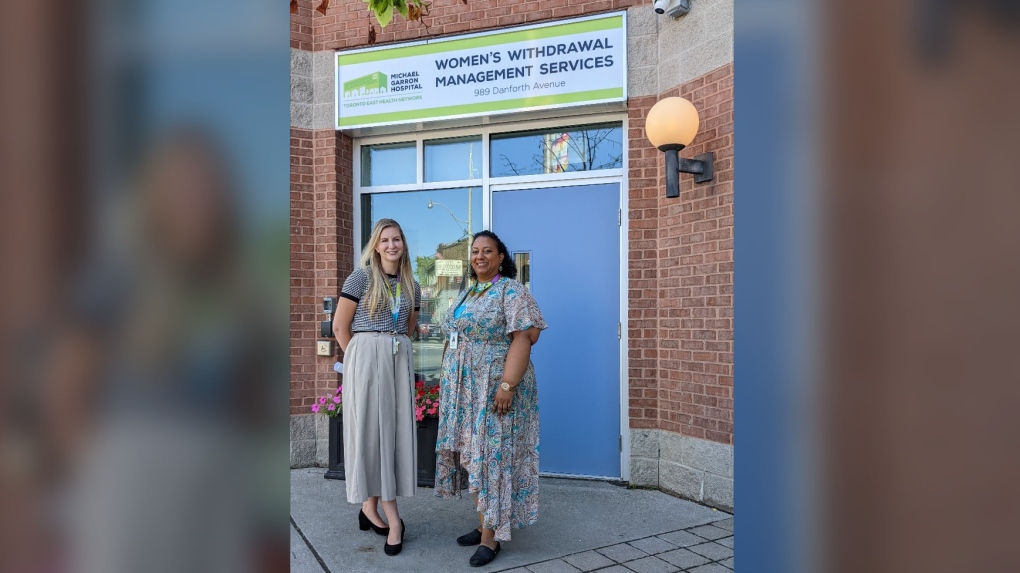 The roughly 6,000-square-foot space is slated to open its doors for the first time on Monday. When it does, it will become the only site of its kind between Oshawa and Bathurst Street.

“This is an amazing facility,” Teabo said during a recent tour of the bright, newly-renovated space, which will provide enhanced support for individuals age 16 and older who identify as women, non-binary, two-spirit, and trans with mental health and substance use concerns.

“I’m so happy its opening. We need more like it. … I hope this is only the beginning,” she said.

Back in 1999, Teabo began her journey of recovery when she spent 28 days at a now-closed withdrawal centre on Queen Street West.

Clean for more than a decade and now giving back by running 12-step fellowship meetings for individuals struggling with substance abuse, the North York resident and mother of two adult daughters said the lives of those who come to MGH’s new 16-bed facility at 989 Danforth Ave., just west of Donlands Avenue, will be forever changed for the better.

“When you come to a place like this for the first time, you are at your lowest point. … For me, it was suicide or get help,” Teabo shared.

“(The staff there) saved my life. It was a safe place and that’s what I needed at the time. I did not know how to access help.”

When the new facility opens on the Danforth, there will be 37 women’s withdrawal management beds in Toronto, which are open to women-identifying individuals from across the GTA. Unity Health also currently operates a 22-bed facility on Dundas Street West.

In the works for about three years, the new east-end space has a six-bed intake area, 10 longer-stay beds, a kitchen, laundry rooms, washrooms, a program room as well as offices and other meeting rooms. It is funded by Ontario Health.

“We want to offer a warm, welcoming space. … This (facility) has been in the works for years and for the last several months, for us, it’s been a labour of love,” MGH’s Manager of Integrated Mental Health and Substance Use Kathryn Decker, who oversees the new facility, told CP24 this week.

“We know recovery looks different for everybody and whatever their goal is we want to meet them where they’re at.”

Aside from receiving culturally-safe, trauma-informed, and judgement-free treatment for acute intoxication or withdrawal from alcohol and/or other substances, those who come to the new facility will also be connected with essential resources like housing providers, harm reduction services, and community case management as they take steps to move forward with their life.

“Our role is to help these women have a chance of a better future. … We help them transition until they can access services and supports in the community,” said Grace Costa, of The Neighbourhood Group Community Services, which provides cases management support to the facility’s clients during their stay and beyond.

“It takes a lot of strength for a woman to come and ask for help. There’s so many risks for women to step up and get help, and so much judgement. They need support to continue on their journey.”

The new space will be open 24/7 to individuals from across the GTA who self refer or are referred by a clinician or community member. The site, which is located next door to a men’s withdrawal centre also run by Garron, also has the capacity to support referrals from hospital emergency departments across the GTA.

In an Aug. 24 release, MGH said this new facility is especially needed as Toronto grapples with the “rapidly growing opioid crisis,” which they said is putting additional pressure on emergency departments.

According to City of Toronto data, there were close to 4,000 opioid-related visits to hospital emergency departments in this city last fall. This is the highest number recorded since 2017.