A ‘new Cold War’ as Russia, France, US compete for influence in Africa 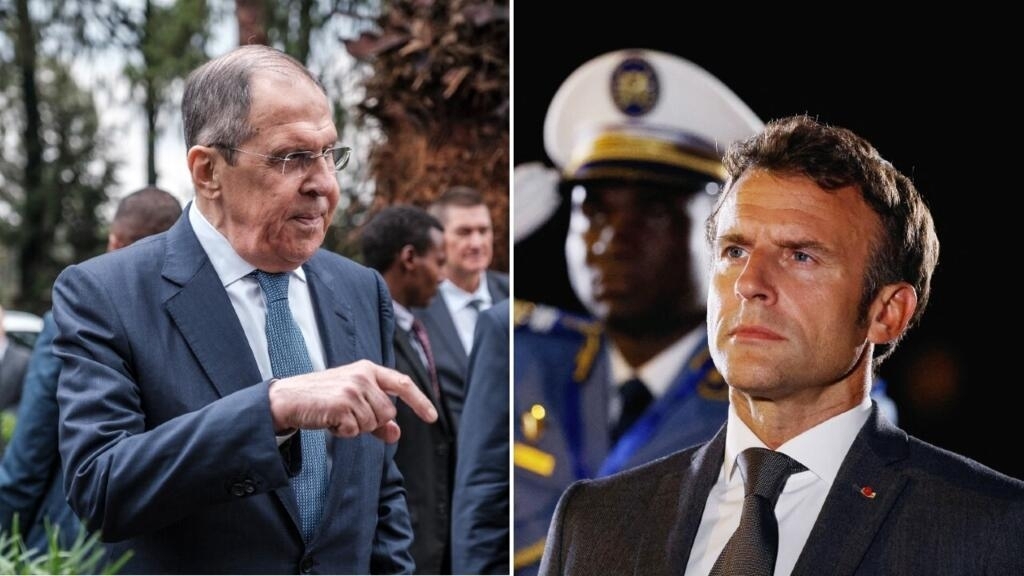 Russian, French and American leaders are crisscrossing Africa to win support for their positions on the war in Ukraine, waging what some say is the most intense competition for influence on the continent since the Cold War.

Russian Foreign Minister Sergey Lavrov and French President Emanuel Macron are each visiting several African countries this week. Samantha Power, head of the U.S. Agency for International Development, went to Kenya and Somalia last week. The U.S. ambassador to the U.N., Linda Thomas-Greenfield, will go to Ghana and Uganda next week.

“It’s like a new Cold War is playing out in Africa, where the rival sides are trying to gain influence,” said William Gumede, director of Democracy Works, a foundation promoting good governance.

Lavrov, in his travels across the drought- and hunger-stricken continent, has sought to portray the West as the villain, blaming it for rising food prices, while the Western leaders have accused the Kremlin of cynically using food as a weapon and waging an imperial-style war of conquest – words calculated to appeal to listeners in post-colonial Africa.

Under President Vladimir Putin, Russia has been working to win support in Africa for several years, reinvigorating friendships that date back a half-century, when the Soviet Union backed many African movements fighting to end colonial rule.

“Now that campaign has gone into high gear,” Gumede said.


Moscow’s influence in Africa was on display in March during the U.N. vote to condemn Russia’s invasion of Ukraine. While 28 African nations voted in favor of the resolution, a significant minority of countries on the continent – 25 – either voted to abstain or did not vote at all.

Russia’s top diplomat this week visited Egypt, Congo, Uganda and Ethiopia, pledging friendship and charging the U.S. and European countries with driving up food prices by pursuing “reckless” environmental policies. He also accused them of hoarding food during the COVID-19 pandemic.

“The situation in Ukraine did additionally negatively affect food markets, but not due to the Russian special operation, rather due to the absolutely inadequate reaction of the West, which announced sanctions,” Lavrov said in Addis Ababa, Ethiopia’s capital.

Lavrov was warmly received in Uganda by President Yoweri Museveni, who for years has been a U.S. ally but has refused to criticize Russia over the invasion. Museveni even suggested at the outbreak of the war that Putin’s actions might be understandable because Ukraine is in Russia’s sphere of influence.

Lavrov voiced support for reform of the U.N. Security Council to give African countries permanent seats and greater influence.

Appearing with Lavrov, the Ugandan leader spoke fondly of old ties with Russia, asking how he could spurn Moscow when he has good relations with countries that participated in slavery.

Museveni, an opinion leader on the continent who has held power for three decades, is an obvious choice for Russia as someone to strengthen ties with, said Ugandan political analyst Asuman Bisiika.

“Uganda is the center of gravity in East Africa,” Bisiika said.

Museveni, 77, has been strictly wearing a mask in public since the COVID-19 outbreak. But he did not have one on when greeting Lavrov in front of photographers, apparently wanting to show warmth to the Russian. Museveni had a mask back on in his next public appearance a day later.

Russia is also courting African public opinion through its state television network, RT, formerly known as Russia Today. RT has announced that it will open a new bureau in Johannesburg.

RT was abruptly removed from Africa’s biggest pay-TV platform in Africa, Johannesburg-based Multichoice, in March after the European Union and Britain imposed sanctions against Russia. It is not clear whether establishing the new bureau will enable RT to resume broadcasts to Africa through Multichoice, which claims nearly 22 million subscribers on the continent.

“For Russia, it is the battle to be heard in Africa. It is not important for the actual war effort but for their long-term political influence,” Anton Harber, professor of journalism at the University of the Witwatersrand in South Africa. “They see it as fertile ground to cultivate their influence, and, of course, votes in the U.N. are important.”

On his tour of Africa, France’s Macron accused the Kremlin of using TV channels like RT to spread propaganda in support of the war. And he charged the Kremlin with blackmailing the world by thwarting the export of grain from Ukraine.

Macron appealed to Africans to side against Russia.

“I’m telling you here in Africa, a continent that has suffered from colonial imperialism: Russia is one of the last colonial, imperial powers. She decides to invade a neighboring country to defend her interests,” he said. “That’s the reality.”

Power, the top U.S. AID official, was in East Africa to pledge aid to help the region’s fight against hunger amid a devastating multi-year drought. She did not hold back in criticizing Russia.

“By blockading Ukraine’s grain exports and restricting the trade of Russia’s own fertilizer, Putin’s actions have had the consequence of inflicting pain on the people of Kenya and on other countries throughout the world,” Power said in Nairobi. “He is hurting the people of Kenya in order to benefit his own situation.”

Franchise Fatigue Doesn’t Steer Streamers Away From a Lazy Sequel