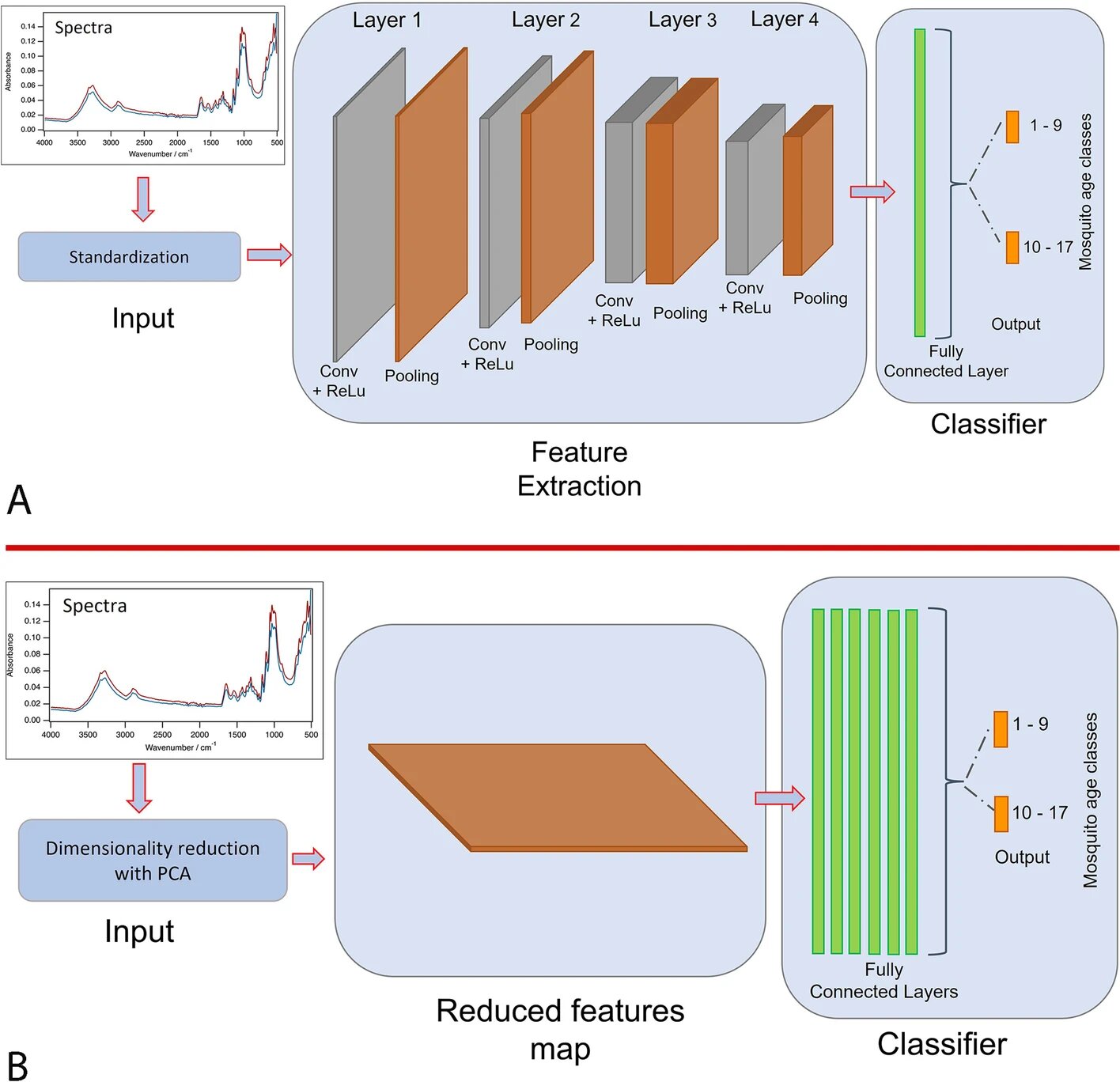 Knowledge of a mosquito’s age helps scientists to understand its potential to spread malaria, but the existing tools used for predicting this are costly, labor-intensive and often prone to human errors, the researchers say.

According to the World Health Organization, the African region accounted for about 95 percent of the 247 million cases of malaria globally in 2021, and scientists say the adoption of innovative tools to control mosquitoes and prevent the spread of malaria is key to eliminating the disease.

The study targeted strains of mosquitoes raised in laboratories at the Ifakara Health Institute in Tanzania and the University of Glasgow in Scotland. Using analytical tools known as infrared spectroscopy, the researchers recorded the biochemical composition of mosquitoes, and used machine learning—a form of artificial intelligence (AI)—to train models to predict the age of mosquitoes.

Emmanuel Mwanga, the study’s lead author and a research scientist at Ifakara Health Institute, says that machine learning is a more efficient option than the existing tools for predicting mosquito ages which are laborious and costly.

However, the scientists stress that further research is needed since the study looked at only one specific type of mosquito, Anopheles arabiensis, obtained from only two countries.

Findings of the study show that the machine learning models improved the accuracy of the predictions for same mosquito ages to about 98 percent.

Mwanga says that malaria interventions could be improved if malaria scientists further understand the accurate age, host preferences and species of the malaria-carrying agents.

“Accurately predicting these factors can help identify high-risk populations and target interventions more effectively,” explains Mwanga, adding that the use of machine learning techniques could “save time and resources that can be used for other aspects of malaria control and elimination efforts.”

“This can ultimately lead to a reduction in the number of malaria cases and deaths in the region, which is an important step towards achieving zero malaria,” he says.

According to the researchers, the findings suggest that artificial intelligence can be used to determine the age of mosquitoes from different populations.

“This could help entomologists reduce the amount of time and work required to dissect large numbers of mosquitoes,” says the study. “Overall, these approaches have the potential to improve model-based surveillance programs, such as assessing the impact of malaria vector control tools, by monitoring the age structures of local vector populations.”

“[The] findings are necessary for policymakers because they will make resource allocation simpler and aid in trend prediction and assist in the development of sound strategic plans for the elimination of malaria in Tanzania,” he says.

Forza Motorsport Gets Incredible New Graphics And Over 500 Cars At Launch, But Still No Release Date