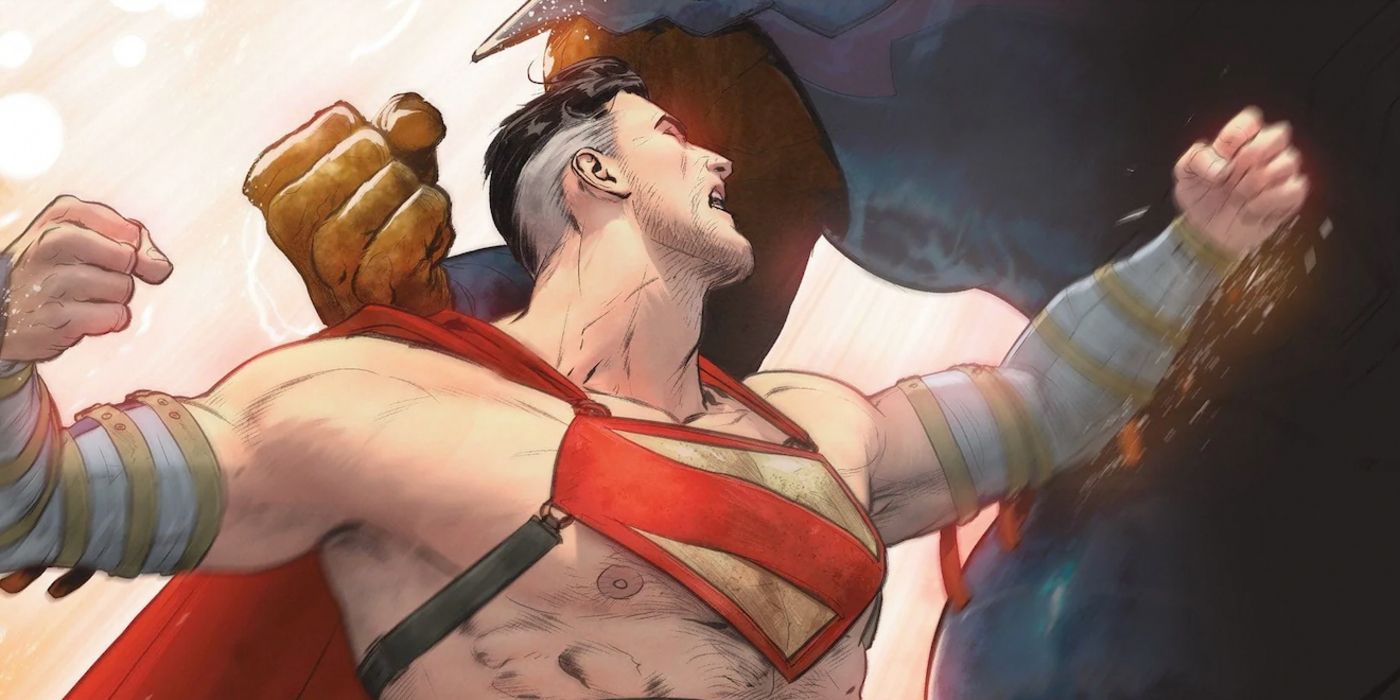 Mongul, a longtime Superman enemy who has served as the Man of Steel’s primary antagonist throughout the Warworld Saga, meets his end at the hands of Kryl-Ux in Superman: Warworld Apocalypse #1.

Superman: Warworld Apocalypse #1 comes from writer Phillip Kennedy Johnson, artists Brandon Peterson, Will Conrad, Max Raynor and Miguel Mendonça, colorist Lee Loughridge and letterer Dave Sharpe. Throughout the Warworld Saga, Superman has teamed up with the Authority to try and defeat Mongul, who has enslaved Warworld for his own sinister bidding. While he’s found himself without powers, Superman has planted the seeds for a revolution on Warworld, which finally comes to a head in Superman: Warworld Apocalypse #1.

After using his newfound, ultra-powerful weapon to bring Osul-Ra back to life after Mongul kills him, Superman and his nemesis have a climactic clash. Aided by his powers once again after Leonath sacrifices himself to install a Genesis Reactor device, the fight turns in Superman’s favor; however, Kryl-Ux is ultimately the one who surprises Mongul with a death blow.

Forced to fight as a gladiator for Mongul after his homeworld was destroyed, Kryl-Ux first met Superman when they were imprisoned together. While the two initially fought on the same side, Action Comics #1046 saw Kryl-Ux betray the Man of Steel. After killing Mongul in Superman: Warworld Apocalypse, Kryl-Ux explains his actions. “To kill Mongul, I needed the Fire of Olgrun,” he tells Superman. “But I couldn’t reach it on my own. I let Mongul discover our people’s existence on Warworld, our ties to Krypton…and gave him a few hundred rebels who have been weaned on your legends, to convince him of my loyalty.” He further explains he purposefully aligned himself with Mongul all in an effort to get Superman on Warworld so that the villain’s reign could end.

With Mongul now dead, Kryl-Ux heads off to collect further extract revenge on Thaaros, who he also holds responsible for the death of his people. Before leaving, Kryl-Ux says he still counts Superman as a “friend and an ally,” though Clark doesn’t seem to necessarily feel the same way. “Perhaps not,” Kryl-Ux responds. “Even so…you’ve taught me hope.”

Energy could be rationed ‘for years’

How an Indian EdTech platform is betting big on classrooms…

Reflections on why Jack Petchey was influential Watford…