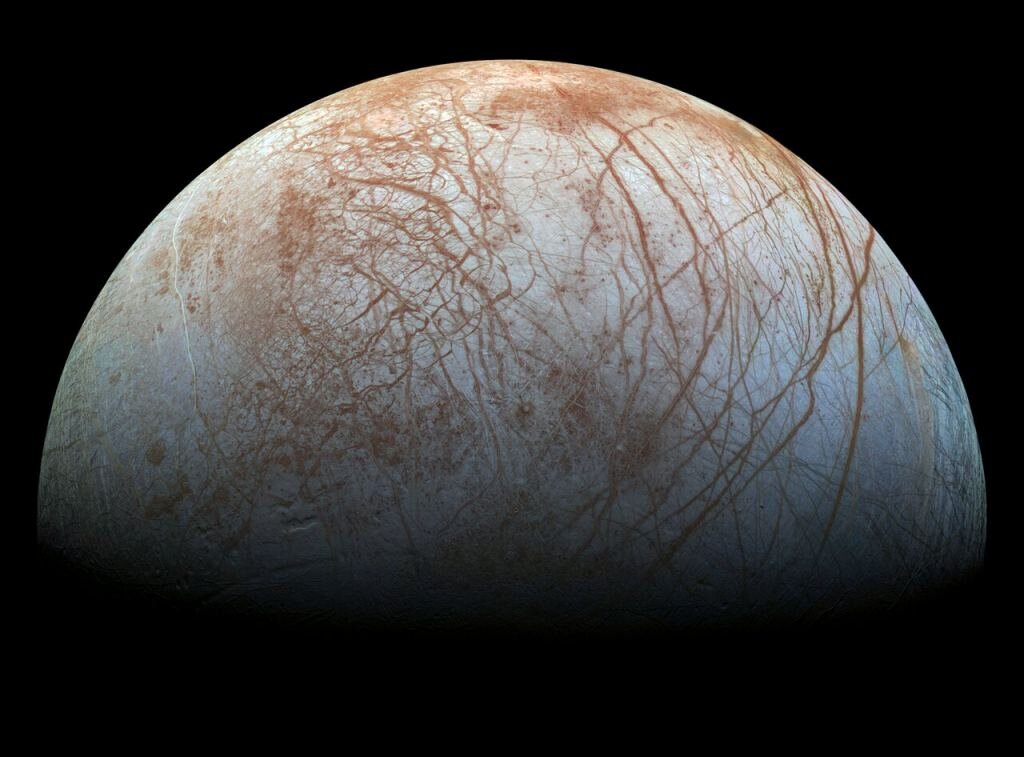 In the coming years, NASA and the European Space Agency (ESA) will send two robotic missions to explore Jupiter’s icy moon Europa. These are none other than NASA’s Europa Clipper and the ESA’s Jupiter Icy Moons Explorer (JUICE), which will launch in 2024, and 2023 (respectively). Once they arrive by the 2030s, they will study Europa’s surface with a series of flybys to determine if its interior ocean could support life. These will be the first astrobiology missions to an icy moon in the outer solar system, collectively known as “ocean worlds.”

One of the many challenges for these missions is how to mine through the thick icy crusts and obtain samples from the interior ocean for analysis. According to a proposal by Dr. Theresa Benyo (a physicist and the principal investigator of the lattice confinement fusion project at NASA’s Glenn Research Center), a possible solution is to use a special reactor that relies on fission and fusion reactions. This proposal was selected for Phase I development by the NASA Innovative Advanced Concepts (NIAC) program.

The list of ocean worlds is long and varied, ranging from Ceres in the Main Asteroid Belt, the moons of Jupiter (Callisto, Ganymede, and Europa), Saturn (Titan, Enceladus, and Dione), Neptune’s largest moon (Triton), and Pluto and other bodies in the Kuiper Belt. These worlds are all believed to have interior oceans heated by tidal flexing due to gravitational interaction with their parent body or (in the case of Ceres and Pluto) the decay of radioactive elements. Further evidence of these oceans and activity includes surface plumes and striated features indicating exchanges between the surface and interior.

The main challenge for exploring the interiors of these worlds is the thickness of their ice sheets, which can be up to 40 km (25 mi) deep. In Europa’s case, different models have yielded estimates of between 15 and 25 km (10 and 15 mi). In addition, the proposed probe will need to contend with hydrostatic ice with varying compositions (such as ammonia and silicate rock) at different depths, pressures, temperatures, and densities. It will also have to contend with water pressure, maintain communications with the surface, and return samples to the surface.

NASA has explored the possibility of using a heating or boring probe to pass through the icy sheet to access the interior ocean. In particular, researchers have proposed using a nuclear-powered probe that would rely on radioactive decay to generate heat and melt through the surface ice. However, a team of NASA researchers led by Dr. Benyo has proposed a new method that would rely on something other than conventional radioactive isotopes—plutonium-238 or enriched uranium-235. Instead, their method would involve triggering nuclear fusion reactions between the atoms of a solid metal.

“Scientists are interested in fusion, because it could generate enormous amounts of energy without creating long-lasting radioactive byproducts. However, conventional fusion reactions are difficult to achieve and sustain because they rely on temperatures so extreme to overcome the strong electrostatic repulsion between positively charged nuclei that the process has been impractical.”

Conventional fusion methods generally come down to inertial or magnetic confinement. With inertial confinement, fuels such as deuterium or tritium (hydrogen-2 or -3) are compressed to extreme pressures (for nanoseconds) where fusion can occur. In magnetic confinement (tokamak reactors), the fuel is heated until it reaches temperatures in excess of what occurs at the center of the sun—15 million °C (27 million °F)—to achieve nuclear fusion. This new method creates fusion reactions within the confines of a metal lattice loaded with deuterium fuel at ambient temperatures.

This new method creates an energetic environment inside the lattice where individual atoms achieve equivalent fusion-level kinetic energies. This is accomplished by packing the lattices with deuterium at densities one billion times greater than in tokamak reactors, where a neutron source accelerates deuterium atoms (deuterons) to the point that they collide with neighboring deuterons, causing fusion reactions. For their experiments, Dr. Benyo and her colleagues exposed deuterons to a 2.9+MeV energetic X-ray beam, creating energetic neutrons and protons.

This process could allow for fast-fission reactions using lattices built from metals like depleted uranium, thorium, or erbium (Er68) in a molten lithium matrix. The team also observed the production of more energetic neutrons, indicating that boosted fusion reactions—aka. screened Oppenheimer-Phillips (O-P) nuclear stripping reactions—also occur in the process. According to Dr. Benyo, either fusion process is scalable and could be a pathway to a new type of nuclear-powered spacecraft:

“The resulting hybrid fusion fast fission nuclear reactor will be smaller than a traditional fission reactor where a lower mass power source is needed and provide efficient operation with thermal waste heat from reactor heats probe to melt through ice shelf to sub-ice oceans.”

A bonus of this new process is the critical role that metal lattice electrons whose negative charges help “screen” positively charged deuterons. According to the theory developed by project theoretical physicist Dr. Vladimir Pines, this screening allows adjacent deuterons to approach one another more closely. This reduces the chance that they will scatter while increasing the likelihood that they will tunnel through the electrostatic barrier and promote fusion reactions. According to NASA project principal investigator Dr. Bruce Steinetz, there are hurdles to overcome, but the project is off to a good start:

“The current findings open a new path for initiating fusion reactions for further study within the scientific community. However, the reaction rates need to be increased substantially to achieve appreciable power levels, which may be possible utilizing various reaction multiplication methods under consideration.”

This type of nuclear process could be part of a Europa Lander, a proposed NASA mission that would build on the research conducted by the Europa Clipper and JUICE. With more study and development, this technology could also be used to create power systems for long-duration exploration missions, similar to NASA’s Kilopower Reactor Using Stirling Technology (KRUSTY) project. The same technology could enable new engine concepts like the Nuclear-Thermal and Nuclear-Electric Propulsion (NTP/NEP) NASA and other space agencies are investigating.

Finally, this proposed method could have applications for life here on Earth, providing a new kind of nuclear energy and medical isotopes for nuclear medicine. As Leonard Dudzinski, the Chief Technologist for Planetary Science at NASA’s Science Mission Directorate (SMD), said,

“The key to this discovery has been the talented, multi-disciplinary team that NASA Glenn assembled to investigate temperature anomalies and material transmutations that had been observed with highly deuterated metals, We will need that approach to solve significant engineering challenges before a practical application can be designed.”

Citation:
A hybrid fission/fusion reactor could be the best way to get through the ice on Europa (2023, January 17)
retrieved 17 January 2023
from https://phys.org/news/2023-01-hybrid-fissionfusion-reactor-ice-europa.html