A Grim Reimagining of the Mad Titan’s Origin 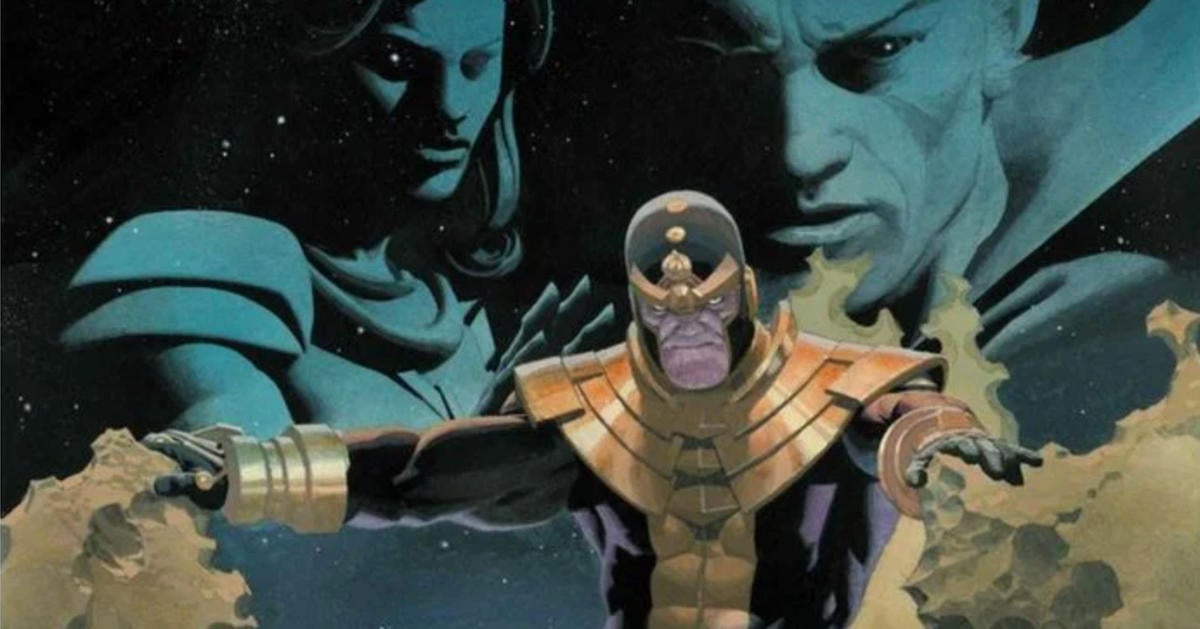 Kieron Gillen and Esad Ribić have been hard at work reimagining the Eternals mythos before this batch of characters become household names thanks to a feature film later this year. Though the current ongoing title has largely been respectful of the mythos that’s come before it, there have been tweaks here and there that updated the cosmic group for a new generation. Now, the main story heads to the backburner for a month while a new Thanos origin story takes its place and hoo boy: It’s a doozy.

The premise of Eternals: Thanos Rising #1 is simple enough: It tells us how the Mad Titan was born. Though the title of this one-shot carries the name of one of Marvel’s most notorious villains, Thanos himself is missing from the majority of the issue due to the necessary groundwork and exposition leading to his birth. To be frank, this issue is better for it, too.

What Gillen has done with the main story is crafted a whole new world, akin to something Jonathan Hickman has been doing over in the X-titles. Here, there’s a family of individuals with abilities – only they can’t die. That concept has lent itself to a whole new origin, and it’s something the writer and his collaborators have taken full advantage of. Worldbuilding to the nth degree, and that’s specifically the case here.

In Thanos Rising, readers see the conflict that led to the creation of Titan. We find out why A’lars, now renamed Mentor, started his own cross-section of life on the Saturnian moon. This issue is exactly what you’d expect if you’ve been keeping up with the main line. It’s packed full of that Gillen-ous world-building, aided by the use of flow charts and diagrams. It’s exposition-heavy and errs on the side of a political thriller rather than a standard Marvel Comics action blockbuster.

A brief departure from the currently ongoing Eternals story arc, Thanos Rising #1 is a grim reimagining of the origin of Thanos the Mad Titan. Despite A’lars having a sense of eternal optimism, that’s still not enough hope to burst through the seams of this horrendously dark story. With all that taken into consideration, this issue is still a necessity in the grand scheme of things, because it shows just how dangerous of a villain Thanos is. Not only that, Gillen and collaborators flesh out this corner of the Marvel universe tenfold, and as a result, have created a must-read issue for those keeping pace with the primary story.