A Fast-Paced First Issue Quickly Pulls Readers Into the Story 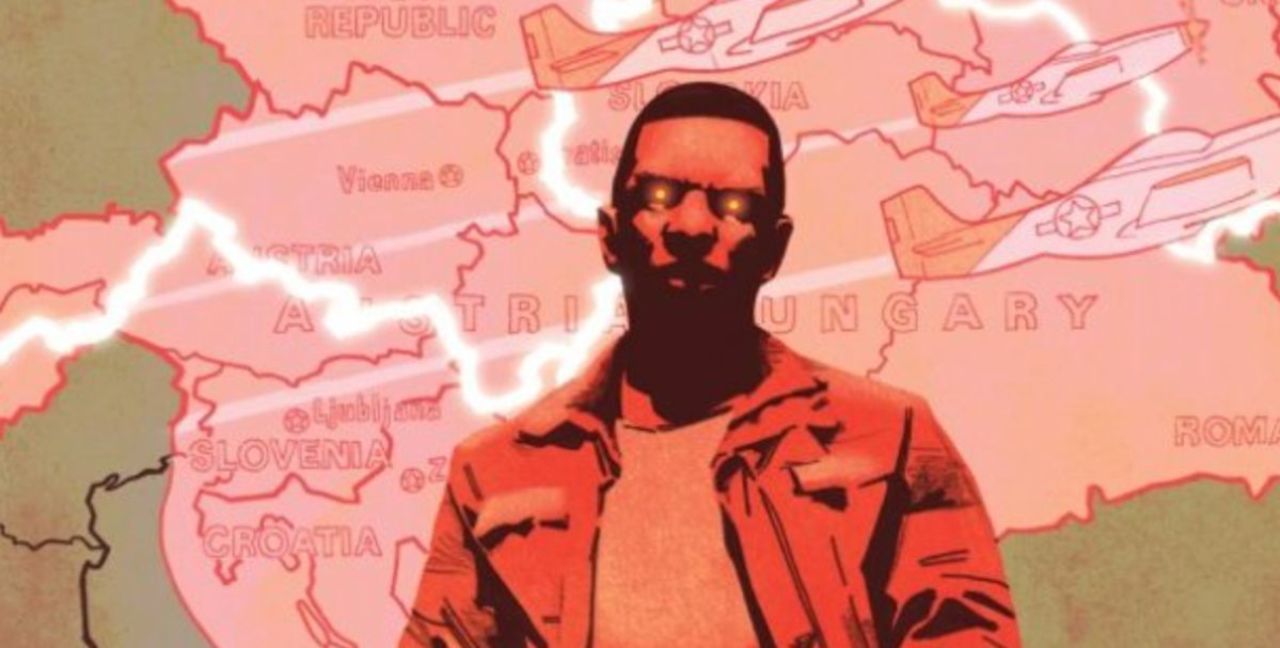 Dark Blood, the newest series from Boom! Studios, gets off to a very fast start. I find it somewhat rare for any new comic to pull me in from the get-go. Most of the time I think this is because writers take too long to arrive at the crux of their story and would instead prefer to layer the narrative behind layers of mysteries. And while there are still questions to be had after the first issue of Dark Blood, writer Latoya Morgan doesn’t waste any time in setting the stage for what this series will become.

Within the first ten pages of Dark Blood, it’s easy to engage with what is happening. The story kicks off with a Black man, readers later come to know as Avery Aldridge, getting held up in an alleyway. At first, readers are not sure why this is going down, but it quickly becomes apparent that the man holding a pistol on Avery is nothing more but an overt racist. And while this encounter doesn’t seem likely to end well for Avery at first look, as the opening line of the comic suggests, “Most things are never what they seem.”

Avery reveals he has strange powers acquired in the past. And after using these abilities to flip the tables on his pursuer, events transpire which make circumstances ever more dire for Avery. Again, while this might sound like a simple plot, it’s the writing and tone in which it is portrayed that makes it all so compelling.

Interspersed between these moments featuring Avery held up in an alleyway are a series of flashbacks that offer insights into how he obtained his powers. These sequences aren’t long, but they establish some key details about Avery’s past while also letting you know of a major event he was involved with. An event known as “The Variance” is also referenced multiple times, but it’s unknown what this might invoke.

The artwork in Dark Blood, drawn by Walt Barna, possesses some fantastic character designs. Barna specifically does an excellent job of expressing emotions through the faces of all of the characters present in this issue. With so much occurring in the debut, Avery, in particular, is emoting in a different manner constantly, and to see those emotions coming through so clearly is something you don’t always see in comics.

The way in which Barna stitches each page’s paneling together also contributes to the fantastic pacing this issue boasts. Panel structure is an underrated component of any good comic book, but the way in which it is developed here is something to note. Barna allows the big moments of the issue (such as Avery revealing his powers) to really breathe and have time to shine. Conversely, he amplifies the stress found in other situations by assembling a higher than average number of panels compared to other pages—crushing each beat together. All of this is done in an understated manner, but it still clearly serves the storytelling at each turn.

Dark Blood #1 tells a straightforward plot, but it sets a compelling stage and high expectations for what’s to follow in this six-issue miniseries. I’m unsure if the answers behind some of the questions in Dark Blood will be as enticing as they seem, but if nothing else, I’m very much on board with where events are heading; that’s all you can really ask for at the start of a new mini-series.

Denial of responsibility! My droll is an automatic aggregator of the all world’s media. In each content, the hyperlink to the primary source is specified. All trademarks belong to their rightful owners, all materials to their authors. If you are the owner of the content and do not want us to publish your materials, please contact us by email – admin@mydroll.com. The content will be deleted within 24 hours.
Boom! StudiosComic Reviewsdark blooddark blood reviewlatoya morganwalt barna
0
Share