A bird with a T. rex head may help reveal how dinosaurs became birds 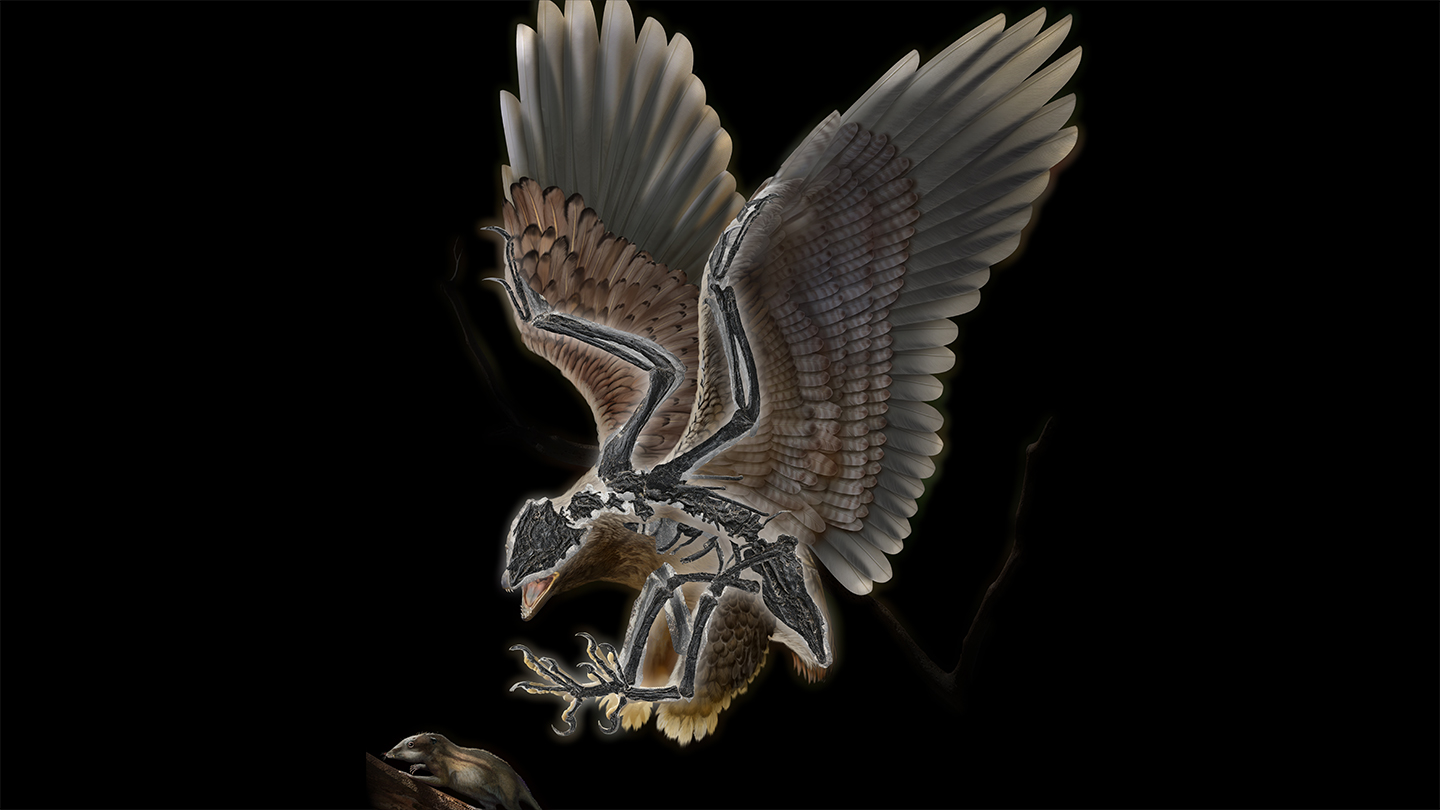 A 120-million-year-old fossil bird found in China could offer some new clues about how landbound dinosaurs evolved into today’s flying birds. The dove-sized Cratonavis zhui sported a dinosaur-like head atop a body similar to those of today’s birds, researchers report in the January Nature Ecology & Evolution.

The flattened specimen came from the Jiufotang Formation, an ancient body of rock in northeastern China that is a hotbed for preserved feathered dinosaurs and archaic birds. CT scans revealed that Cratonavis had a skull that was nearly identical (albeit smaller) as those of theropod dinosaurs like Tyrannosaurus rex, paleontologist Li Zhiheng of the Chinese Academy of Sciences in Beijing and colleagues report. This means that Cratonavis still hadn’t evolved the mobile upper jaw found in modern birds (SN: 5/2/18).

It’s among just a handful of specimens that belong to a recently identified group of intermediate birds known as the jinguofortisids, says Luis Chiappe, a paleontologist at the Natural History Museum of Los Angeles County who was not involved in the study. Its dino-bird mishmash “is not unexpected.” Most birds discovered from the Age of Dinosaurs exhibited more primitive, toothed heads than today’s birds, he says. But the new find “builds on our understanding of this primitive group of birds that are at the base of the tree of birds.”

Cratonavis also had an unusually elongated scapula and hallux, or backward-facing toe. Rarely seen in Cretaceous birds, enlarged shoulder blades might have compensated for the bird’s otherwise underwhelming flight mechanics, the researchers say. And that hefty big toe? It bucks the trend of shrinking metatarsals seen as birds continued to evolve. Cratonavis might have used this impressive digit to hunt like today’s birds of prey, Li’s team says.

Filling those shoes may have been too big of a job for Cratonavis, though. Given its size, Chiappe says, the dino-headed bird would have most likely been a petite hunter, taking down the likes of beetles, grasshoppers and the occasional lizard rather than terrorizing the skies.

Some good climate news, and a revolutionary new chip design