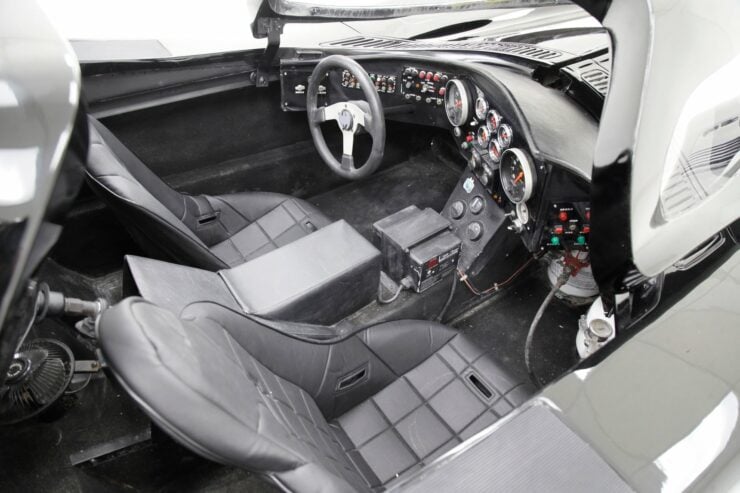 *Please Note: We’ve received a credible report that this car has been misrepresented by the seller. The company selling it on consignment is currently seeking additional authentication and we’ll update this post when we have more information. As always please ensure you complete fill due diligence before buying any vehicle.

This is one of the original Batmobiles from Batman Returns (1992) starring Michael Keaton, Danny DeVito, Michelle Pfeiffer, and Christopher Walken. This vehicle was apparently designed for the scenes where Penguin has remote control of the car, and it has a 100% electric drivetrain powered by a 48 volt battery array.

The new Batmobile first appeared in the 1989 film Batman from director Tim Burton. It was a completely new design with no link to the earlier George Barris Batmobile, and it set the trend for the many outlandish Batmobiles that would follow.

In 1989 a new Batman film opened in cinemas. It would become the fifth highest grossing film in history at the time of its release, making over $400 million USD at the box office and winning praise from critics for its new, far darker interpretation of Gotham City. The film would go on to win an Academy Award for Best Art Direction.

Above Video: This is the original theatrical trailer for Batman Returns. The film broke a number of box-office records and earned over $267 million USD worldwide.

Aside from Michael Keaton’s Batman and Jack Nicholson’s Joker, the most memorable character in the film wasn’t a person at all, but a four-wheeled, jet-powered car – the new Batmobile. Design for the car has been credited to Julian Caldow who worked very closely with director Tim Burton and production designer Anton Furst.

The cars were based on a Chevrolet Impala chassis and most were powered by a Chevrolet V8, at almost 20 feet long the Batmobile had a significant presence on the road, helped along by its prominent rear fins and the jet intake up front.

The vehicle was given a fiberglass body, steel wheels with high profile tires, side intakes, and a cockpit with two seats and a sliding jet fighter-like canopy. The jet intake in the front was sourced from a British Harrier fighter jet and a flame thrower was fitted in the rear to simulate an afterburner.

As you would expect from any Batman film, the Batmobile was fitted with a wide range of gadgets, tools, and weapons including machine guns, oil slick dispensers, Batmissles, smokescreen emitters, side mounted disc launchers, and “shinbreakers.”

This original Batmobile from 1992 has a fully functional cockpit with gas bottles in the passenger side footwell for operating the flame thrower out of the jet exhaust on the back of the car.

The Tim Burton Batmobile would be used prominently in Batman (1989) and Batman Returns (1992), as well as the Batman ’89 comic book series, an episode of the Batwoman TV series, and it will apparently make a re-appearance in the new Flash film that was slated for release in late 2022.

The vehicle you see here is a Batmobile from the 1992 box office smash hit film Batman Returns, a film that saw Tim Burton returns as director with much of his original 1989 team despite originally saying he didn’t want to do a sequel.

It’s powered by a rear-mounted electric motor and it has a bank of lead acid batteries turning out 48 volts. No one has attempted to charge the batteries for obvious safety reasons.

This Batmobile has a hidden compartment behind the cockpit for the stunt driver, it contains basic controls including a steering wheel, side view ports, and a main front viewport out of what looks like an air intake above the sliding canopy. 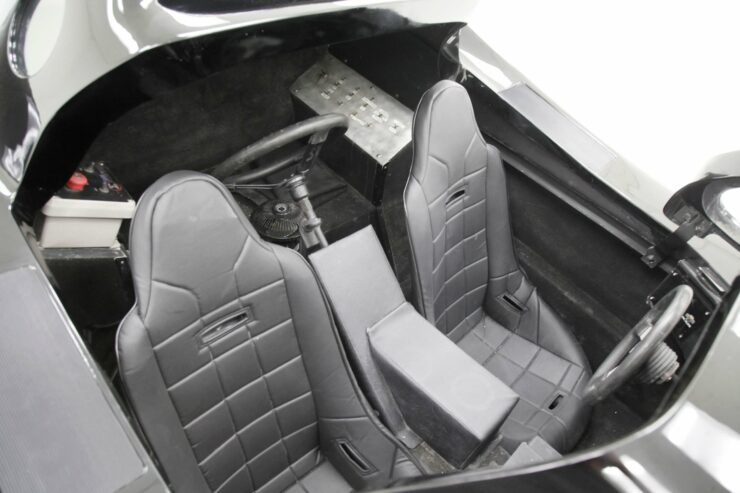 Here you can see the hidden stunt driver compartment behind the two main seats. This is believed to be for the scene in Batman Returns where the Penguin remotely controls the Batmobile on a rampage through Gotham with Batman onboard but powerless to stop him.

This set up with the hidden stuntman was for the scene in Batman Returns where Penguin gains remote control over the Batmobile, and takes it on a destructive drive through Gotham with Batman in the cockpit but unable to control the car.

The vehicle isn’t road legal, possibly for obvious reasons, and due to its electric drivetrain being powered by lead acid batteries it would have a somewhat limited range at the best of times. The top speed is listed as 25 – 30 mph and the new owner may want to swap the batteries out for newer, lighter weight lithium batteries to improve range and reduce weight.

The car also has a functional flame thrower built into the jet exhaust, as well as independent suspension on air bags in the front and four link suspension in the rear.

If you’d like to read more about this unusual piece of cinema history or enquire about buying it you can visit the listing here on Classic Auto Mall. It’s being offered for sale out of Morgantown, Pennsylvania with an asking price of $1.5 million USD.

*Please Note: We’ve received a credible report that this car has been misrepresented by the seller. The company selling it on consignment is currently seeking additional authentication and we’ll update this post when we have more information. As always please ensure you complete fill due diligence before buying any vehicle. 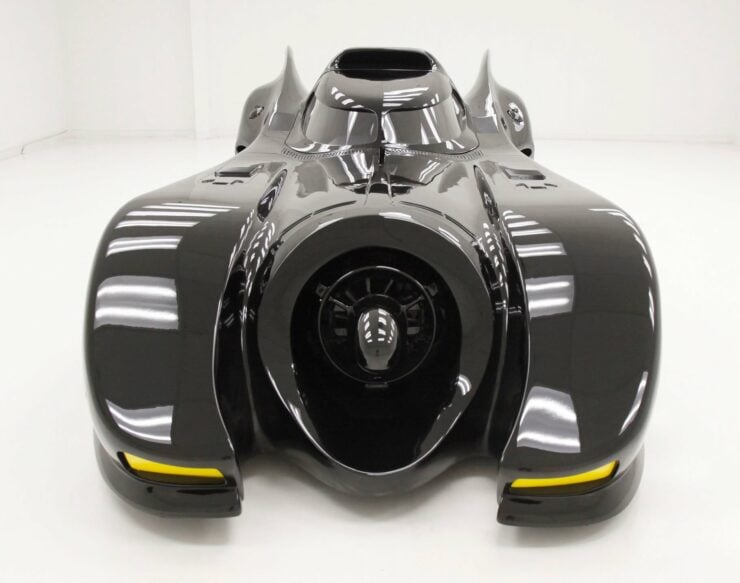 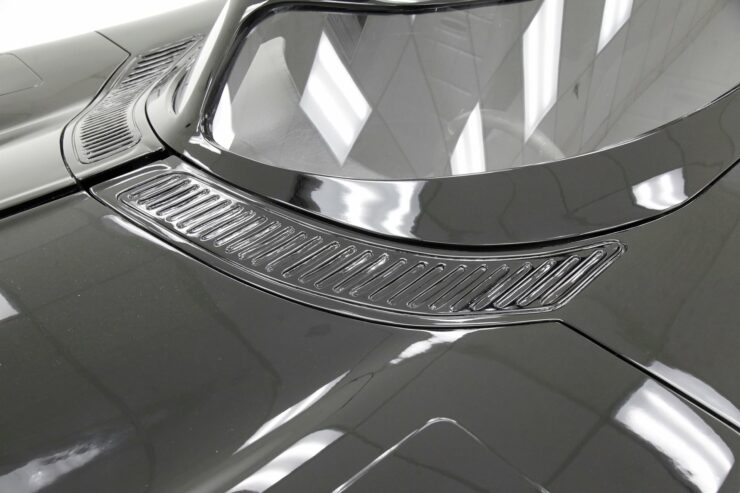 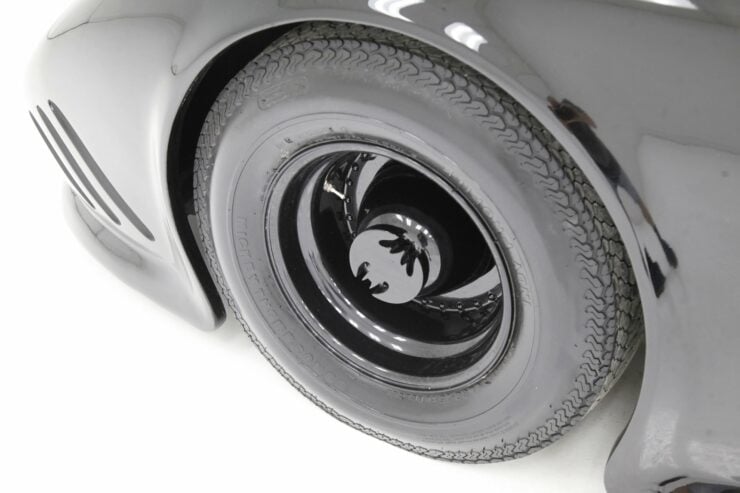 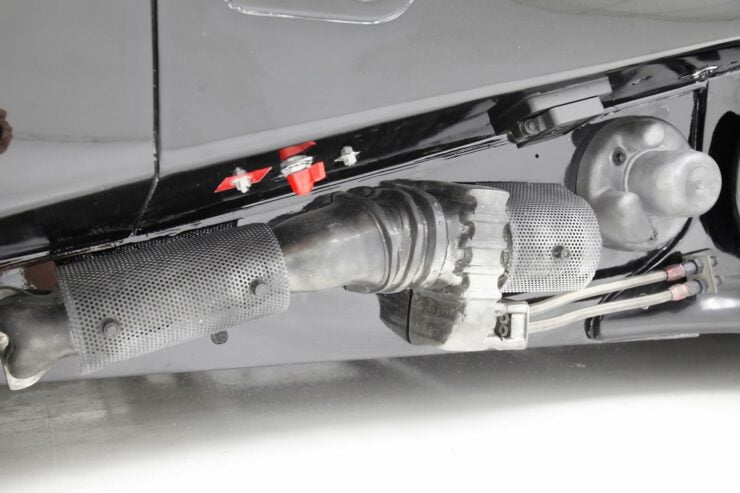 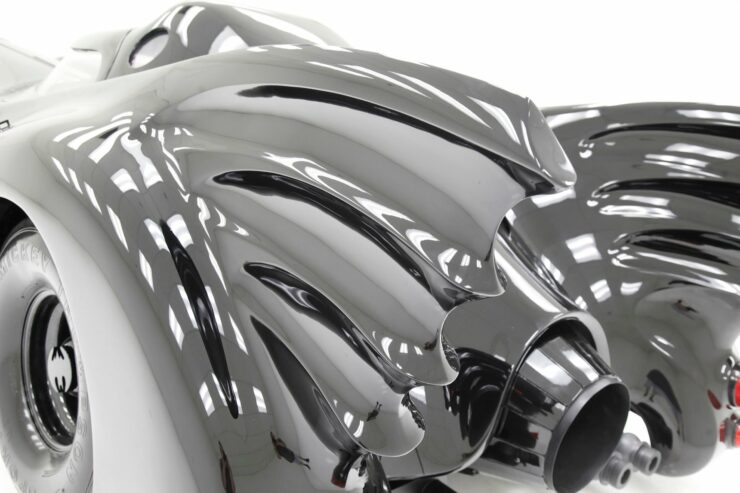 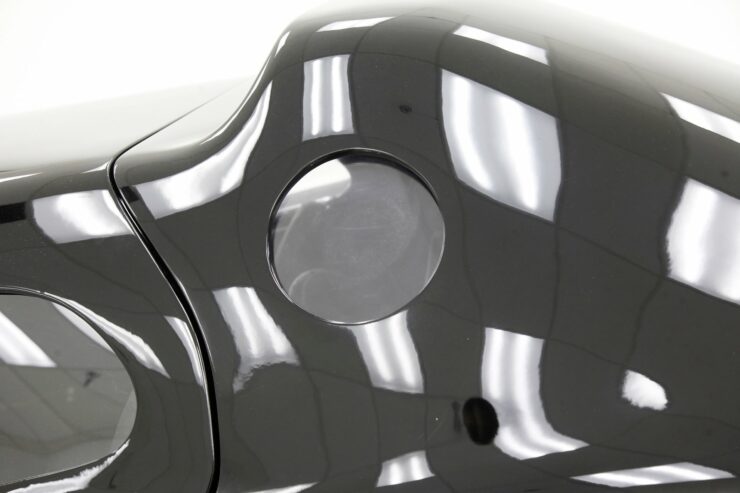 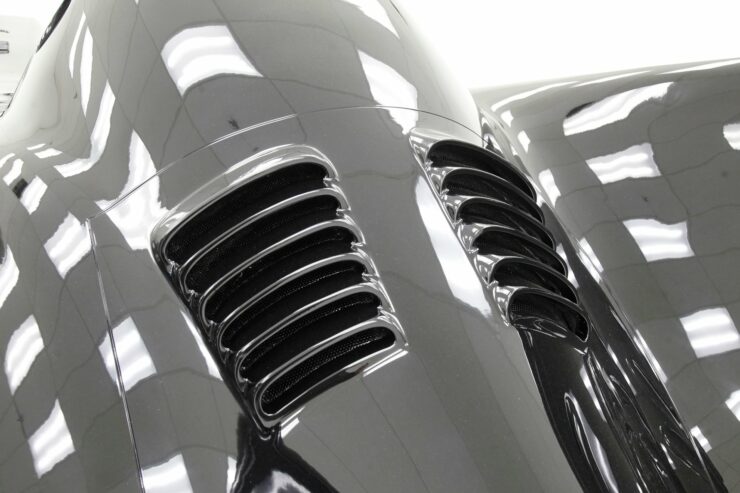 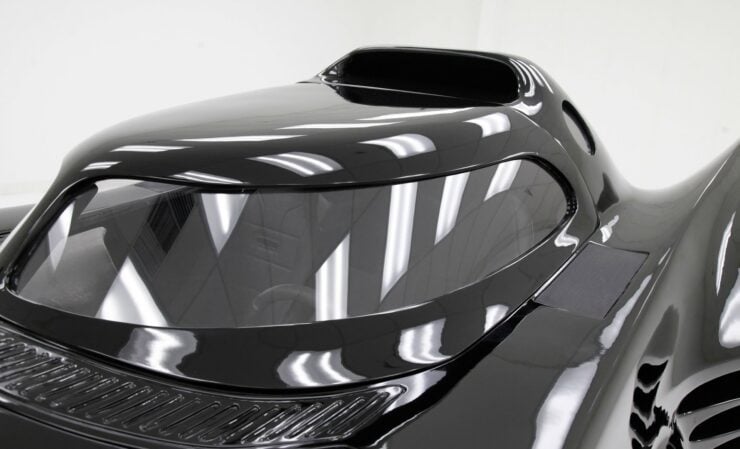 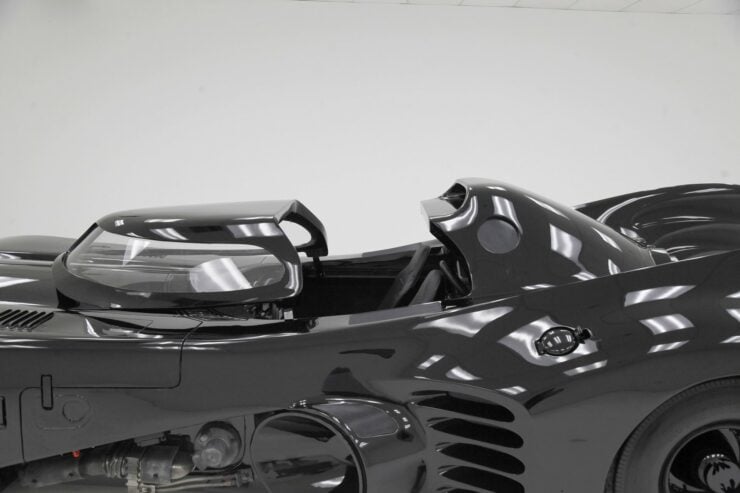 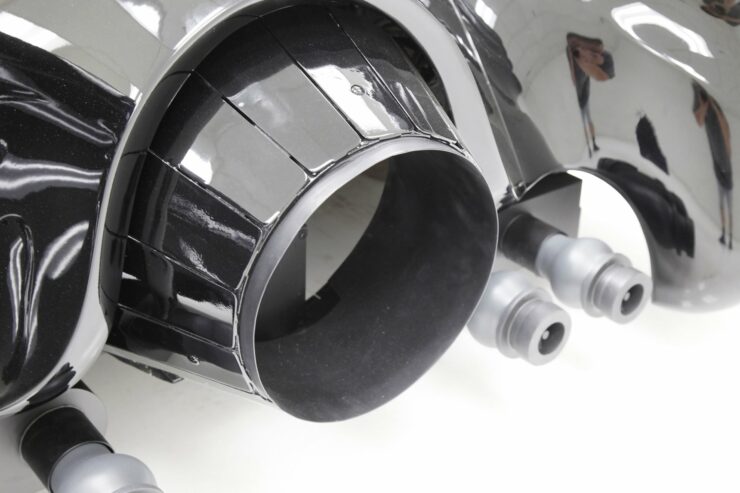 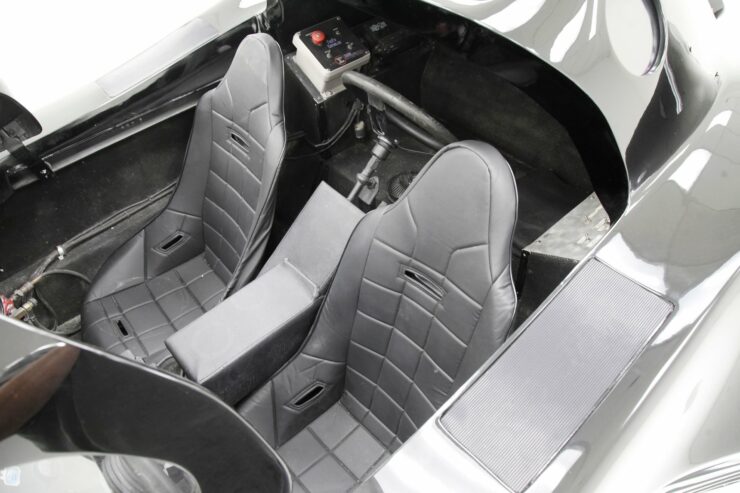 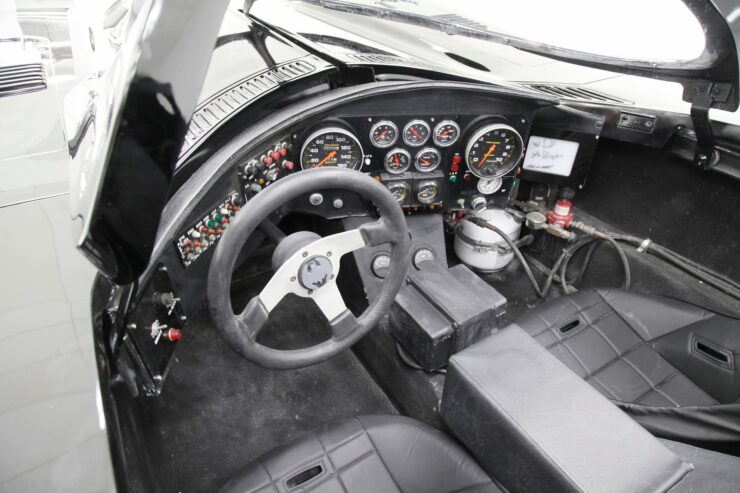 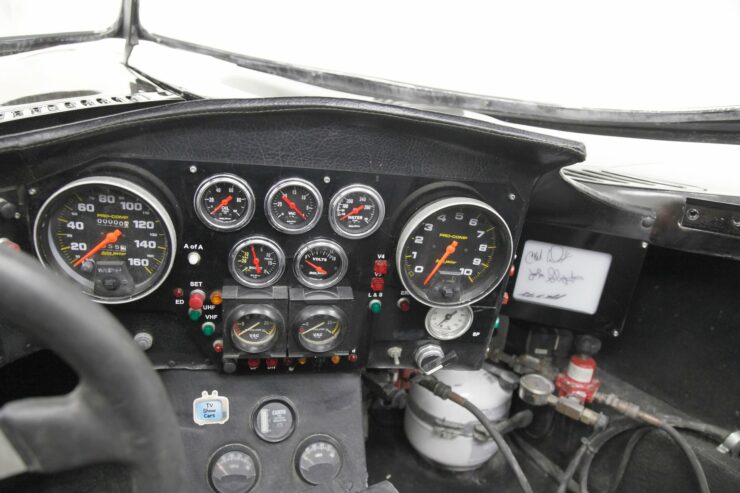 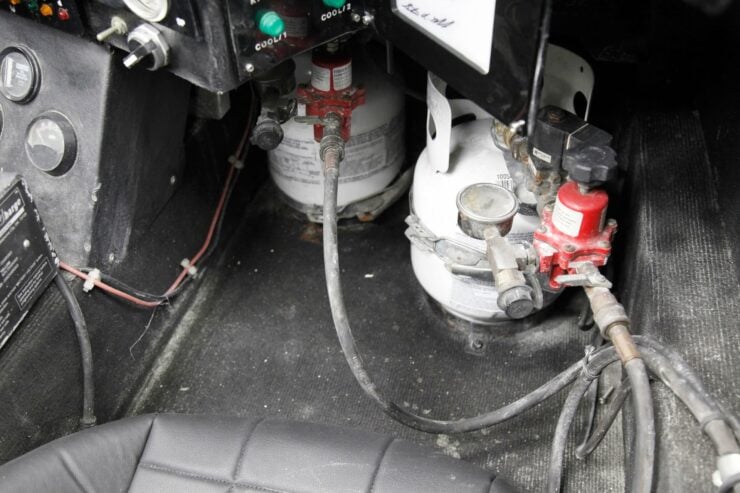 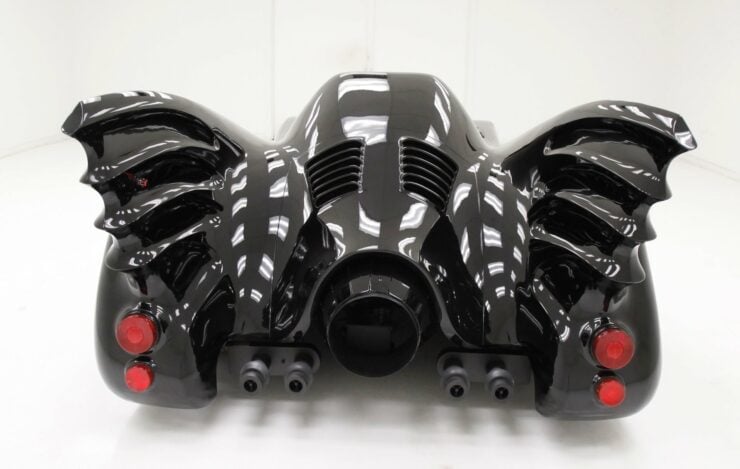 Nick Jonas gives an adorable shoutout to Priyanka Chopra at his concert. Watch: