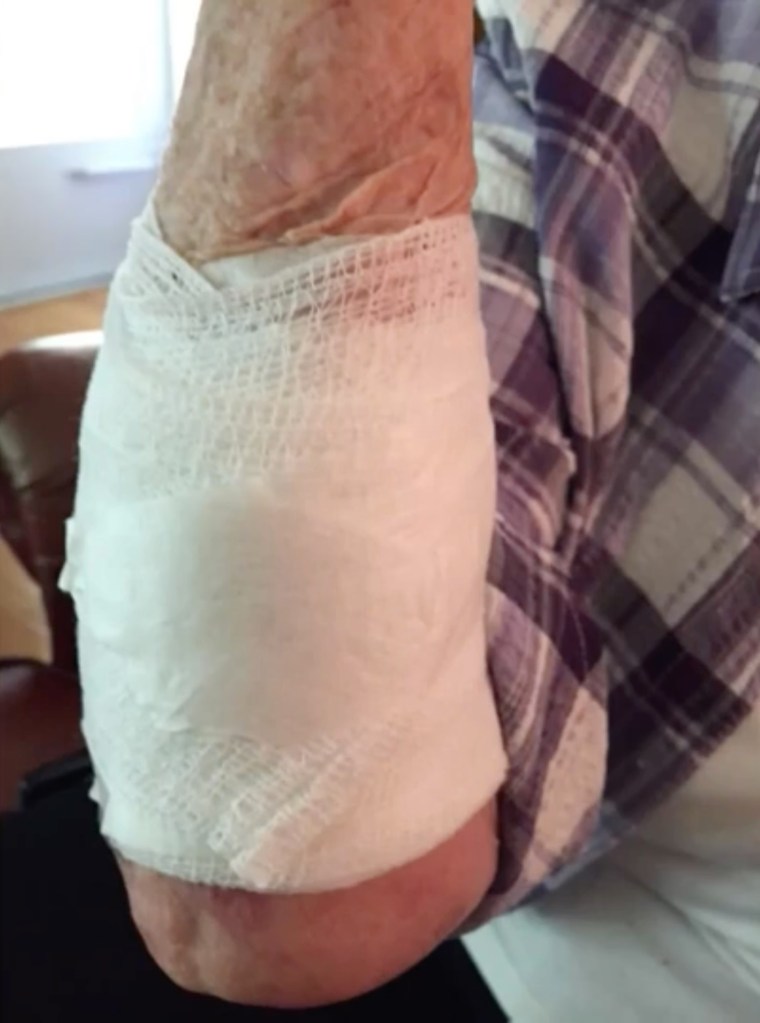 A 90-year-old Tennessee woman has managed to fight off a black bear outside her home — with just her lawn chair.

Altha Williams miraculously only suffered a scratch to her arm after the bear — who was with three cubs — attacked her on the front porch of her Sevierville home on Wednesday, WVLT News reported.

“It just made a lunge at me,” Williams said, adding the bear’s “face was right in my face.”

“I was just sitting here, hadn’t been here more than two or three minutes. Evidently it heard me.”

Williams, who lives near the Smoky Mountains National Park, said she used her lawn chair to try and scare the bear off.

“I’ve been praising the Lord ever since then, because I may not be here,” Williams said.

The elderly woman didn’t suffer any major injuries, but had to be treated in hospital for a laceration on her arm.

When Williams had encountered bears outside her home in the past, she said they usually get scared and run off.

The bear involved in the latest encounter was eventually tracked down by the Tennessee Wildlife Resource Agency and euthanized.

“After the mother bear swatted at the victim, it left that area and, from what we are told, it charged another neighbor who shot it,” an agency spokesperson said.

Under state guidelines, bears who injure humans in a residential neighborhood are then put down.

“We don’t just euthanize bears based on personal feelings,” he said. “Once a bear has made contact with a person and caused injury we have no choice but to euthanize it. It can’t be relocated.”