$8,000 in stolen fragrances recovered by police 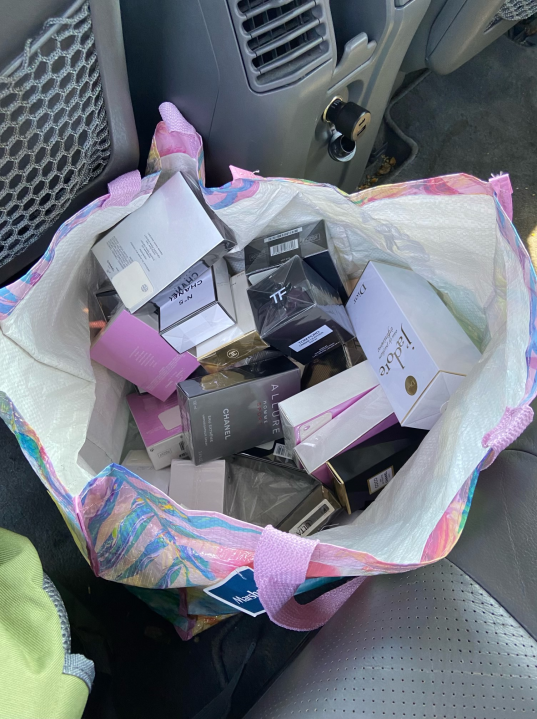 BRENTWOOD, Calif. (KRON) — Two women have been arrested on suspicion of stealing over $8,000 worth of fragrances from Ulta stores in the East Bay, according to a Facebook post from the Brentwood Police Department.

Last week, officers with BPD reported to a local Ulta Beauty due to reports of two women stealing fragrances from the store before getting into a car and driving away. An officer who was already parked in the Brentwood shopping center quickly responded to the call and searched the area for suspects.

A short time later, the officer located the suspect vehicle and detained the two occupants, Jade Harris, 22, of Antioch, and Jamilah Ramey, 30, of El Sobrante. Police found other boxes of various fragrances in the car worth more than $8,000 in value.

The officer later learned that Harris was suspected of several other thefts from Ulta stores in the surrounding area. Both Harris and Ramey were arrested for and the stolen property was recovered.

A few weeks ago KRON4 reported on a group of five suspects that were arrested for stealing thousands of dollars in merchandise from Ulta stores in Petaluma.