7 most expensive Brazilian signings in history 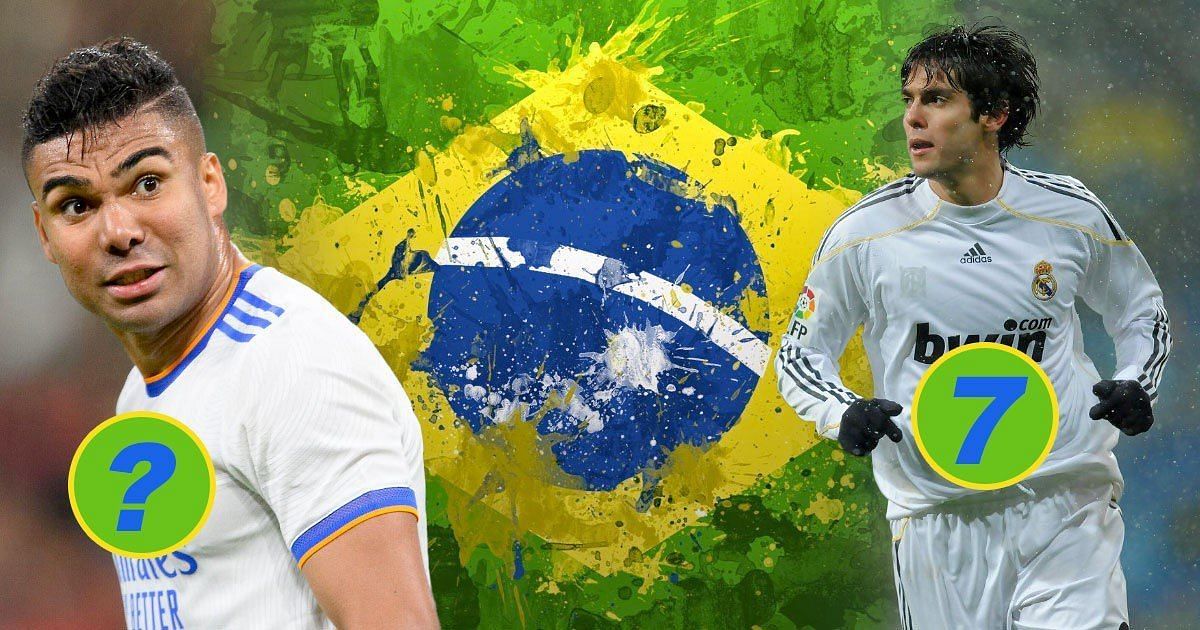 Flaunting silk-smooth touches, eye-catching flicks, brilliant solo goals, and over-the-top celebrations, Brazilian footballers certainly know how to keep fans on the edge of their seats. Having one or two such magicians in their ranks can do wonders for a club. Not only can they boost their chances of a win but also give their esthetic quotient a hearty lift.

Over the years, football clubs have splurged millions to add worthy Brazil internationals to their payroll. Below, we will take a look at the seven most expensive Brazilian transfers in history and see how the signings worked out for the clubs. Now without further ado, let’s get to it.

Real Madrid president Florentino Perez kicked off the second Galactico era in 2009, signing some of the most sought-after players in the world. Behind €94 million man Cristiano Ronaldo, €67 million signing Ricardo Kaka was Los Blancos’ biggest signing that summer.

Unlike Ronaldo, who went on to become the leading scorer in the club’s history (450 goals in 438 games), Kaka failed to make the most of his transfer. He had poor luck in terms of injuries and found himself down the pecking order following Mesut Ozil’s transfer from Werder Bremen in 2010.

Before re-signing for AC Milan as a free agent in 2013, Kaka featured in 120 games for Real Madrid, recording 29 goals and 39 assists. He won one La Liga title, one Spanish Cup, and one Spanish Super Cup during his time in the Spanish capital.

Having won it all with Real Madrid, Casemiro joined Manchester United earlier this summer, with the Whites accepting a €70.7 million bid for their Brazilian defensive midfielder. Casemiro, who bagged five Champions League trophies and three La Liga titles in eight seasons with Real Madrid, made his United debut in Saturday’s (August 27) 1-0 win over Southampton.

In Casemiro, Manchester United finally have an out-and-out leader in midfield. The Brazil international is a superb reader of the game, can perform inch-perfect tackles on cue, and is never afraid to take the fight to the opponent. If deployed perfectly, Casemiro could become the cornerstone of Erik ten Hag’s under-construction United.

In July 2018, Barcelona signed Arthur from Brazilian club Gremio for a reported €31 million fee. The central midfielder impressed fans with his passing range, ability to dictate the game, and game reading.

The Brazil international looked on course for a prolonged spell at Barcelona, but they shockingly sold him to Juventus for a €76 million fee in the summer of 2020. Miralem Pjanic joined Barcelona from Juventus in a separate €60 million deal at the same time.

Arthur is no longer in the Juventus project. The player is leaning more towards Sporting CP who will guarantee him first team football & Champions League football. (@tuttosport)

Arthur is no longer in the Juventus project. The player is leaning more towards Sporting CP who will guarantee him first team football & Champions League football. (@tuttosport)

Arthur joined Juventus with a big reputation and a hefty price tag, but he is yet to justify his worth to the Bianconeri. He has thus far played only 63 games for the club across competitions, recording a goal and an assist. Arthur has won an Italian Cup and an Italian Super Cup with the Old Lady.

Barcelona signed Santos superstar Neymar for an €88 million fee in the summer of 2013. The Brazilian forward wasted no time settling down in Catalonia and ended his debut campaign with 15 goals and 15 assists in 41 games across competitions.

The following season, Neymar formed an enviable partnership with Luis Suarez and Lionel Messi. The trio fired the Blaugrana to their second treble (Champions League, La Liga, Copa del Rey) in history. The Brazilian winger pitched in with 39 goals and 10 assists in 51 appearances over the course of the 2014-15 season. The campaign marked Neymar’s best-ever at Barcelona, both collectively and individually.

Before leaving for Paris Saint-Germain in 2018, Neymar featured in 186 games for the Blaugrana, scoring 105 goals and claiming 76 assists. The treble aside, he won one La Liga title and two Copas del Rey, amongst other honors.

On August 30, Manchester United reached an agreement with Ajax over the transfer of Brazilian winger Antony. The Red Devils did not disclose the transfer fee, but it is believed that they agreed to pay an eye-popping €95 million for Antony’s services.

The forward joined Ajax from Brazilian side Sao Paulo in the summer of 2020. Between 2020 and 2022, Antony featured in 82 games for the Dutch outfit, recording 24 goals and 22 assists, winning the Eredivisie title twice. In addition to frequent goal contributions, it was his ability to combine with teammates and clever use of space that turned heads at Ajax.

At Manchester United, he has been reunited with former Ajax boss Erik ten Hag (played 79 games under him). It will be interesting to see how the Dutchman uses him in his system and whether or not the forward manages to make the same impact he did at Ajax.

Arguably the worst big-money transfer in Barcelona’s history, Philippe Coutinho’s €135 million switch from Liverpool was finalized in January 2018. The Brazilian, who had enjoyed a stellar stint at Anfield (99 goal involvements in 245 games), was expected to become one of the biggest stars in La Liga. That, unfortunately, did not turn out to be the case.

The Brazilian midfielder struggled to find his footing at Camp Nou, rarely making his opportunities count. In fact, his best performances came when he was playing away on loan, first at Bayern Munich and then Aston Villa. Coutinho, who joined Bayern on a season-long loan in August 2019, scored twice when the Bavarians inflicted an 8-2 defeat upon Barca in the 2019-20 Champions League quarter-finals.

Neymar shook the world when he left Barcelona for French giants Paris Saint-Germain in 2017. The Parisians activated his exorbitant €222 million buyout clause and the Brazilian was happy to become the leader of their new project.

Over the last five seasons, Neymar has both dazzled and frustrated PSG supporters. He has produced quite a few decisive performances, but his off-field antics have often eclipsed his on-field contributions. Additionally, the Brazilian is yet to help the Parisians to Champions League glory. He took them quite close in the 2019-20 campaign, but Bayern Munich ultimately beat them to the punch, sealing a 1-0 win in the final.

Neymar has scored or assisted in each of his last 15 games for club and country. Equalizing Messi’s and Ronaldo’s best G/A streak of 15 straight matchs for both.One last goal contribution needed tomorrow to make history ???????? https://t.co/x90cIGON9N

Since sealing the record €222 million move, Neymar has featured in 149 games for PSG, scoring 108 goals and claiming 66 assists. He has thus far won four Ligue 1 titles and three French Cups with Paris, amongst other accolades.