5 Other Legends Who Deserve a Biopic 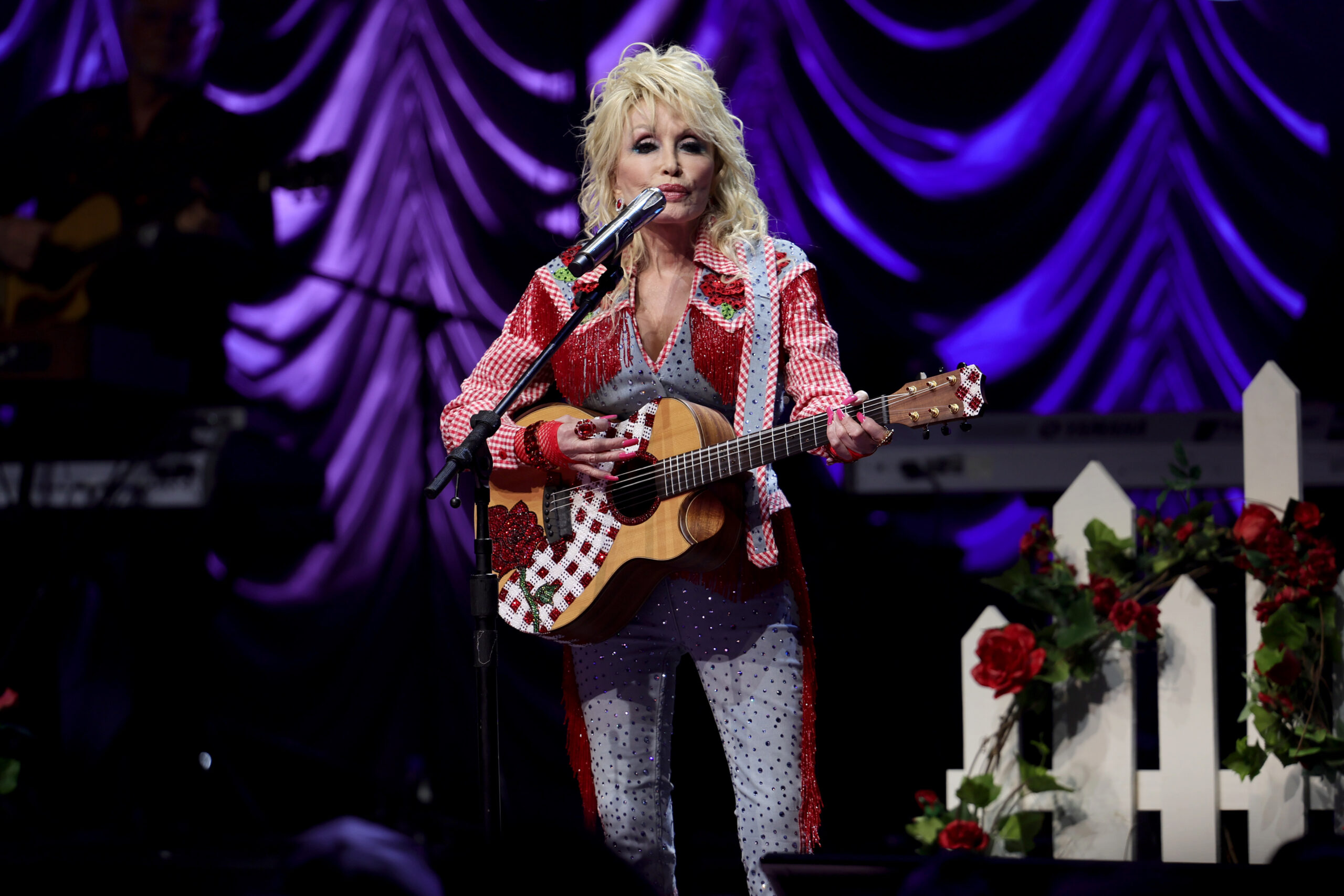 2022 is turing into the ‘Age of the All-Star Biopic’, as proven with the upcoming release of Andrew Dominik’s semi-fictional Marilyn Monroe story Blonde starring Ana de Armas, and the already released Baz Luhrmann Elvis biopic starring Austin Butler as Presley and Tom Hanks in the role of notorious manager Colonel Tom Parker. This doesn’t even cover the films in production, including Bradley Cooper as Leonard Bernstein in Maestro, and Madonna (of course) directing the film of her own life story that will star Julia Garner as the “material girl.”

All of this made us wonder; who are some other American legends deserving of the celebrity biopic treatment? The following five suggestions come to Hollywood free of charge.

While the country legend has, in true take-charge Dolly fashion, announced that she wants to produce a musical biopic of her own life, Dolly Parton’s life story is rich enough that she could fashion a full limited run series. Starting with her early life in Little Pigeon River, Tennessee, where she grew up in a one-room cabin with 11 siblings and both parents, Parton’s story is a true American rags-to-riches tale. Parton began writing songs as a young child with her uncle and mentor, the country songwriting legend Bill Owens, and by age 13 she was appearing on legendary country radio show The Grand Ole Opry with Johnny Cash.

All of the best biopics are filled with outrageous larger-than-life characters, and Parton’s life has certainly been full of them, including longtime collaborator Porter Wagoner, the aforementioned Cash, and friends and collaborators like Tanya Tucker, Kenny Rogers, and Elvis Presley and his notorious manager Colonel Tom Parker.

Best of all this story even has a happy ending, with Parton becoming a movie star, successful entrepreneur, producer, and living American treasure. As for who would star, Parton thinks Kristen Chenoweth should play her, and who are we to argue?

While Marilyn Monroe remains the gold standard of 1950s film beauties, a fascinating story lies in her rival, the equally interesting and tragic Jayne Mansfield.

Mansfield was a contemporary of Monroe’s who began her career on the beauty pageant circuit in Austin, Texas, where she won titles like Miss Magnesium Lamp and Miss Fire Prevention Week. In early 1955 she posed for the newly-launched men’s magazine Playboy, and later that year landed a plum role as movie star Rita Marlowe in the 1955 Broadway hit Will Success Spoil Rock Hunter?. 20th Century Fox studio head Buddy Adler optioned the movie rights to the play in order to get Mansfield out of her stage contract so that Fox could groom her to replace the increasingly-difficult Monroe.

As her film career petered out in the early 1960s, Mansfield continued to play to large crowds on the nightclub circuit. Her personal life was equally eventful, marrying three times to PR pro Paul Mansfield, actor/bodybuilder Mickey Hargitay, and film director Matt Cimber. Manfield died tragically at the age of 34 in an automobile accident. Scarlett Johansen would be perfect for the role, and would bring to life Mansfield’s trademark blend of bombshell and humor.

Josephine Baker was an American Black singer/dancer/actress who was born in St. Louis, Missouri, to former slaves. She became a chorus dancer on Broadway while still a teenager, and at the age of 19 became a major hit in Paris where she befriended major artistic expatriates like Pablo Picasso and Ernest Hemingway. She officially became a French citizen in 1937.

During World War II, Baker became a spy for the Allies, using her major global celebrity as the perfect cover, traveling internationally and befriending the wives of various heads of state who would then share the secrets their husbands had confided in them. Baker would go to the bathroom at parties and write notes about conversations on her arms, and then transcribe her notes on her sheet music in invisible ink to give to British intelligence.

Later in life, Baker focused on the Civil Rights movement, working with the NAACP. While she was a celebrated celebrity around the world, in the US she couldn’t get served at restaurants like the Stork Club. She ended up refusing to work in the US, and she spoke at Rev. Martin Luther King’s March on Washington in 1963.  The perfect person to play Baker would be Keke Palmer, who is not only an acclaimed actress but also an acclaimed R&B singer as well.

Boundary-breaking comedian George Carlin started his life on West 121st Street in Harlem to Irish immigrants. In the early 1960s, Carlin was a clean, non-controversial comedian, making multiple appearances on The Ed Sullivan Show, one of the top-rated TV shows of the time. In 1964, Carlin was at a Lenny Bruce performance at the Café Au Go-Go in New York. When the police arrested Bruce for obscenity, aided in part by Carlin’s friend police officer Randy Jurgensen who was in the club wearing a wire, Carlin was arrested along with Bruce for refusing to provide the police with ID.

By the early ‘70s, Carlin had gone fully counterculture, and was arrested in 1972 for obscenity after performing his “Seven Dirty Words” routine at Milwaukee’s Summerfest. In 1973, the broadcast of Carlin’s now notourious bit on New York radio station WBAI resulted in a fine by the Federal Communications Commission. WBAI appealed the fine, and the case was heard by the Supreme Court which upheld the FCC’s ruling.

Trouble with the IRS followed, and Carlin spent years refusing to negotiate with the government and subsequently toured heavily to pay his fines. By the time he died in the late 2000s, Carlin had been heralded as a genius, a master comedian, and something of a prophet. To play the legendary Carlin, who better than Daniel Radcliffe who has already proved a mastery of American accents in various stage productions, including the hit Broadway play The Lifespan of a Fact.

Born one of seven kids to a supervisor in the Puerto Rican sugar cane fields, Roberro Clemente would go on to be recognized as one of the greatest players in Major League Baseball history.

First recruited to play softball in a professional Puerto Rican league at age 14, Clemente would play for the major leagues at the age of 21, making his debut with the Pittsburgh Pirates in 1955. In the span of 17 seasons with the Pirates, Clemente played in 15 All-Star Games and won the Golden Glove award for best defensive player for 12 consecutive seasons from 1961 through 1972. In 1971, he helped the Pirates win the second World Series of his tenure with the team, securing the World Series MVP award in the process.

In 1972, an earthquake hit Nicaragua’s capital Managua, and Clemente donated several planeloads of aid packages for the people affected. After the first few flights’ transporting aid were diverted by corrupt local officials, Clemente decided to personally escort the next batch. That flight went down, and Clemente died in the wreck. His body was never recovered. As far as who could play Clemente, The Boys star Laz Alonso would be an excellent choice due to his Afro-Latino ancestry and atheltic prowess.