5 new electric car companies coming in 2023 and beyond 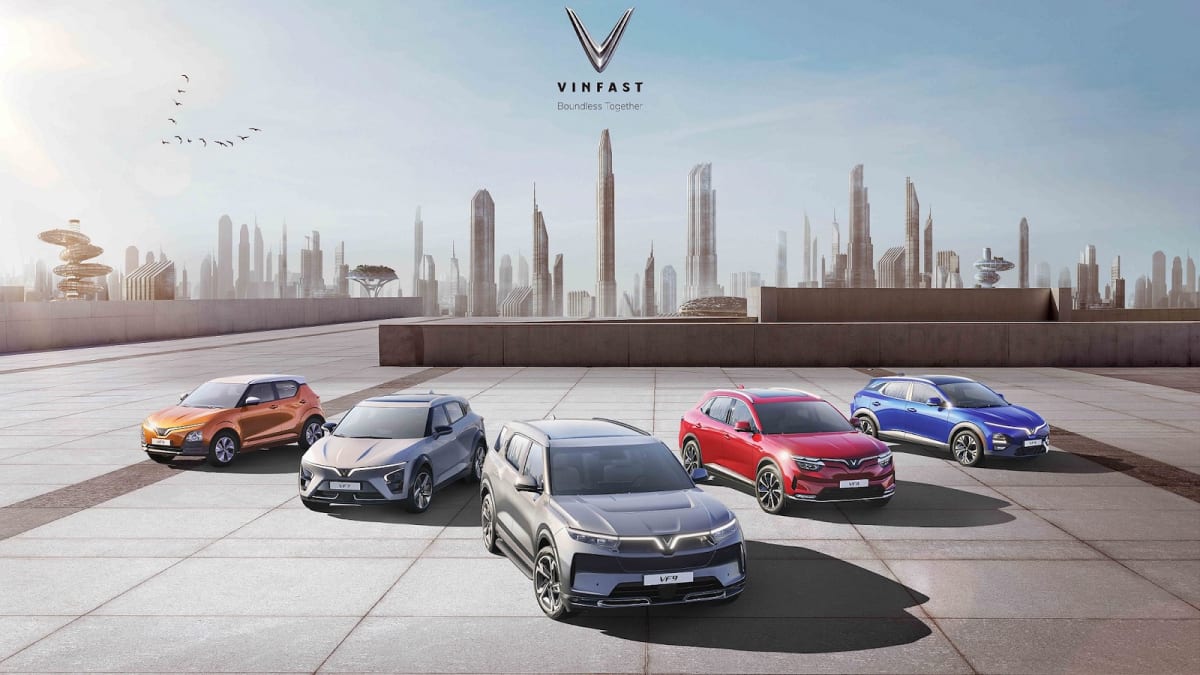 It’s an exciting time in the automotive world as the industry shifts to electric vehicles at a rapid pace. With the changes, there are opportunities for new automakers to get traction and join the EV frenzy. Tesla did it over a decade ago, and now, a handful of well-funded startups hope to take on legacy automakers with new and innovative EV models. To help you make sense of the market, we’ve outlined some more promising EV upstarts that we’ll see in the next couple of years.

Let’s get rolling with our list of new EV automakers we’ll see soon.

VinFast is a Vietnamese automaker with headquarters in Singapore. It’s the first brand from the company to sell in other countries. The company says it will open dozens of dealerships in the U.S. by the end of 2022, though all will be in California. Two models will be available when the automaker launches in the U.S.: VF 8 and VF 9. VinFast will offer a unique battery subscription service that separates the cost of the vehicle and the battery. 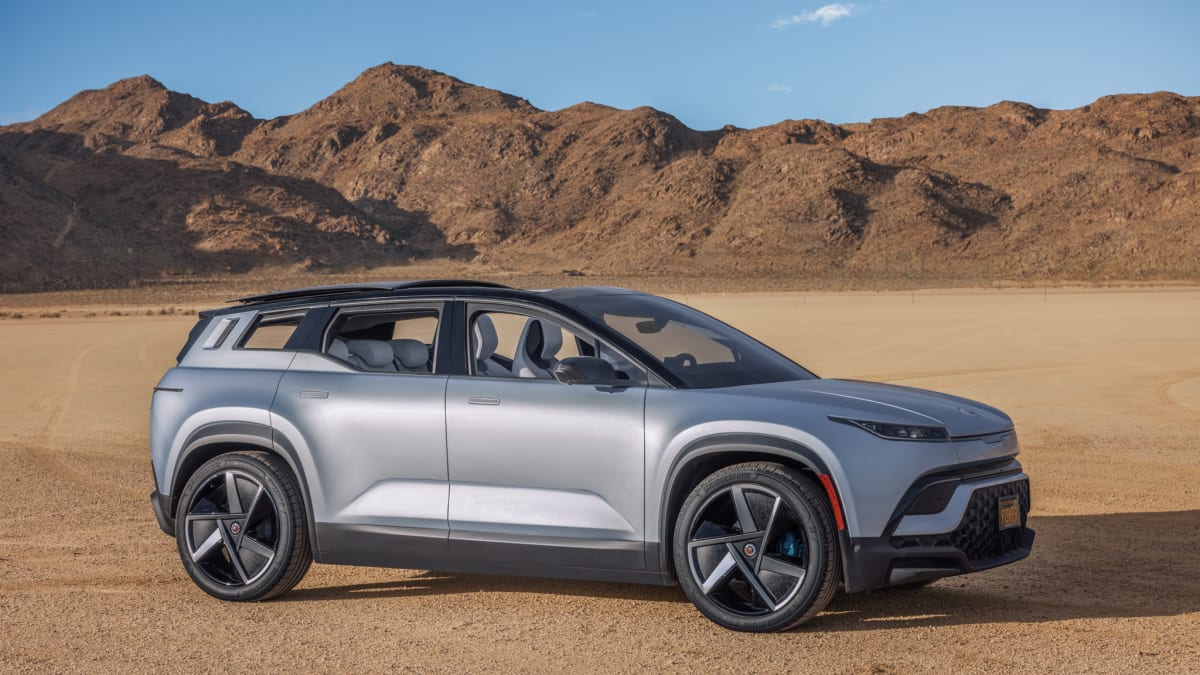 Henrik Fisker, the guy who designed the BMW Z8 and Aston Martin DB9, didn’t have the best luck with his first self-named automotive company in the 2000s. The Fisker Karma he created during that time lived on as the Karma Revero and now the Karma GS-6, but the original Fisker Automotive is long defunct. The auto design genius is back with another company bearing his name, though this time it’s sleek electric vehicles he’s designing, not futuristic plug-in executive sedans. The Fisker Ocean will be first out of the gate and is expected to start production in late 2022, and it’s expected to be followed by the low-cost and unique Fisker Pear. 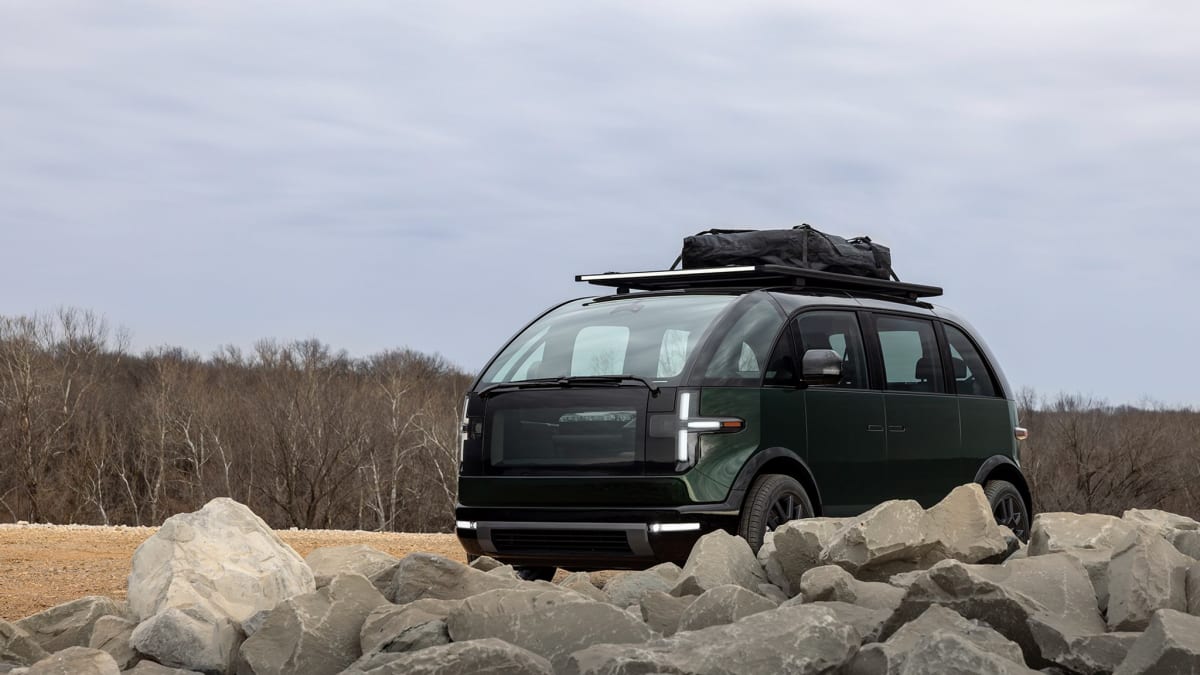 Canoo’s vehicles look as funky as its name sounds, but that uniqueness has made the company hard to forget. That said, Canoo has had its share of management disputes and challenges getting products off the ground. The automaker plans to release a van, a pickup truck, and a boxy delivery van that looks like it’s made from Legos. Canoo’s van and truck feature a unique cab-over design that places the driver and front passenger over the front axle rather than behind it. The look is similar to old-school semi-trucks and school buses and is unlike anything else on the road. 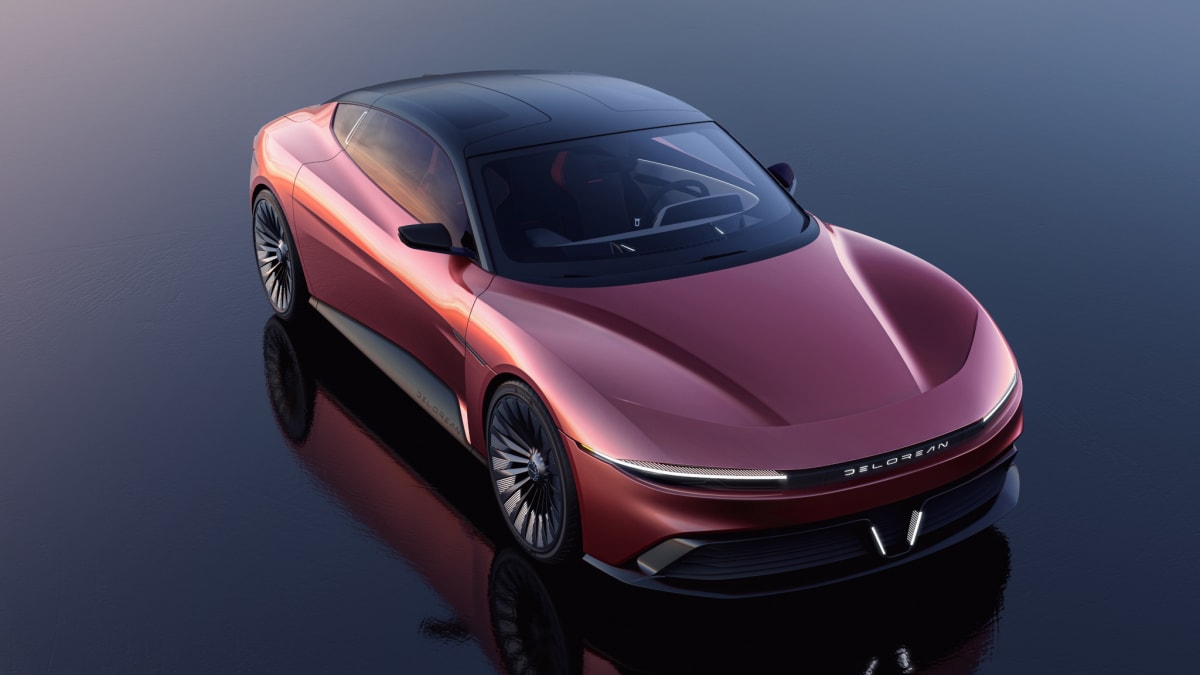 Yes, we’re talking about that DeLorean. The company that made the crazy stainless steel-clad car featured in the “Back to the Future” movies. Though it no longer makes rad time-traveling supercars, DeLorean is back, this time as an electric carmaker, and its concepts have to be seen to be believed. The company’s Alpha5 is a sleek four-seat car with two massive doors that open vertically in a gullwing style. DeLorean promises a 2.99-second 0-60 mph time, a top speed of 155 mph, and a range of more than 300 miles per charge. 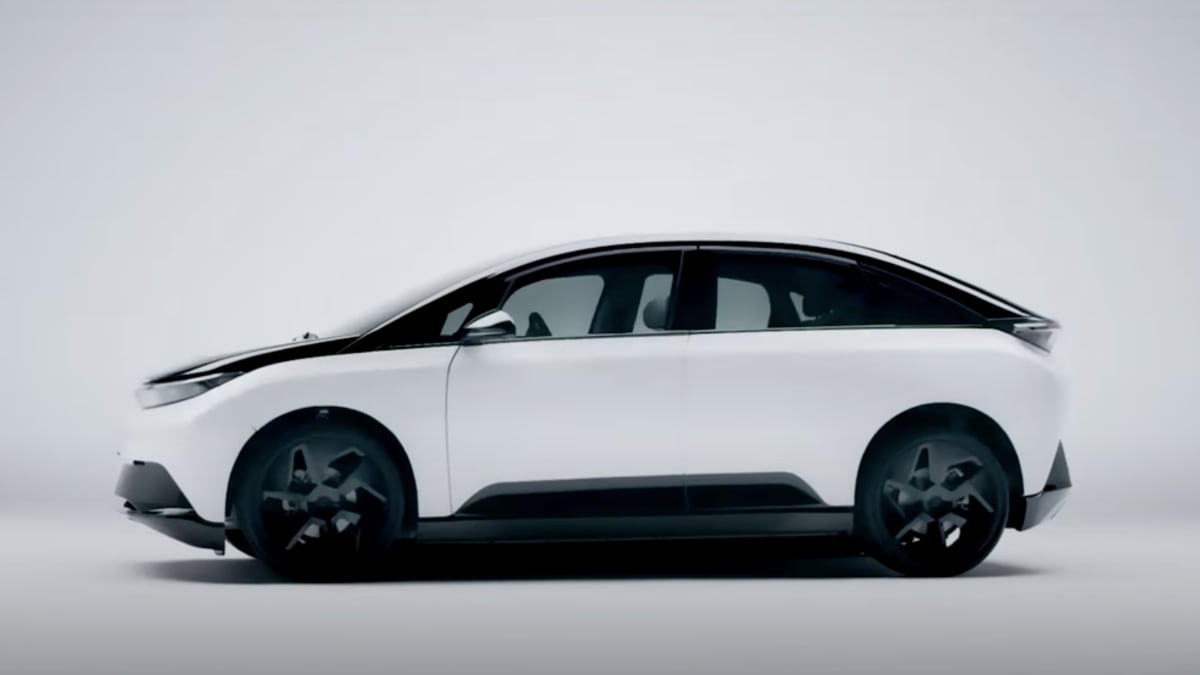 INDI EV is a brand-new electric automaker based in Southern California. The company’s initial offering is an electric crossover that looks something like a cross between the Tesla Model Y and BMW i3. The INDI One, as it’s called, will features a 95-kWh battery with a range of up to around 300 miles. INDI says it will come with adjustable air suspension and all-wheel drive, but the big story with the new EV is its under-hood “supercomputer.” In reality, it’s a decent Windows gaming rig under the crossover’s transparent hood, but it opens the door for all sorts of apps and software. It also powers two 15-inch displays and brings gaming to the vehicle’s cabin.

The brands above are all slated to hit the market within the next couple of years. But there are already several new players in the electric car space that you may be interested in. Here are a few worth knowing about:

Rivian currently sells two vehicles in America, the R1T pickup truck and the R1S sport utility vehicle. Both of these electric vehicles look great, boast impressive specs and are in high demand. After making a big wave upon its initial debut and the huge stock IPO that followed, the EV startup has hit plenty of snags.

Unlike other startup electric car companies, Polestar isn’t really a new thing. There’s history behind it and a solid corporate foundation underfoot. Polestar was previously to Volvo what AMG is to Mercedes, a separate high-performance tuning firm eventually brought under the corporate wing. And while range-topping Volvos today wear the “Polestar Engineered” badge, the name has been applied to a new, all-electric, performance-oriented luxury brand. Its engineering and design facilities are adjacent to Volvo’s in Gothenburg, Sweden, while Polestar cars are made in China, home to its parent company, Geely.

Lucid may be an all-new company building electric cars, but its first product, the Lucid Air, is extremely impressive. In fact, the Lucid Air compares favorably with such established brands as Mercedes-Benz, Tesla and the Porsche Taycan. The Air has plenty of power (over 1,000 horsepower in high-end models) and range (over 500 miles in some trims), and it’s very expensive. In fact, it’s pricier than the Mercedes, Tesla and Porsche models it competes against. 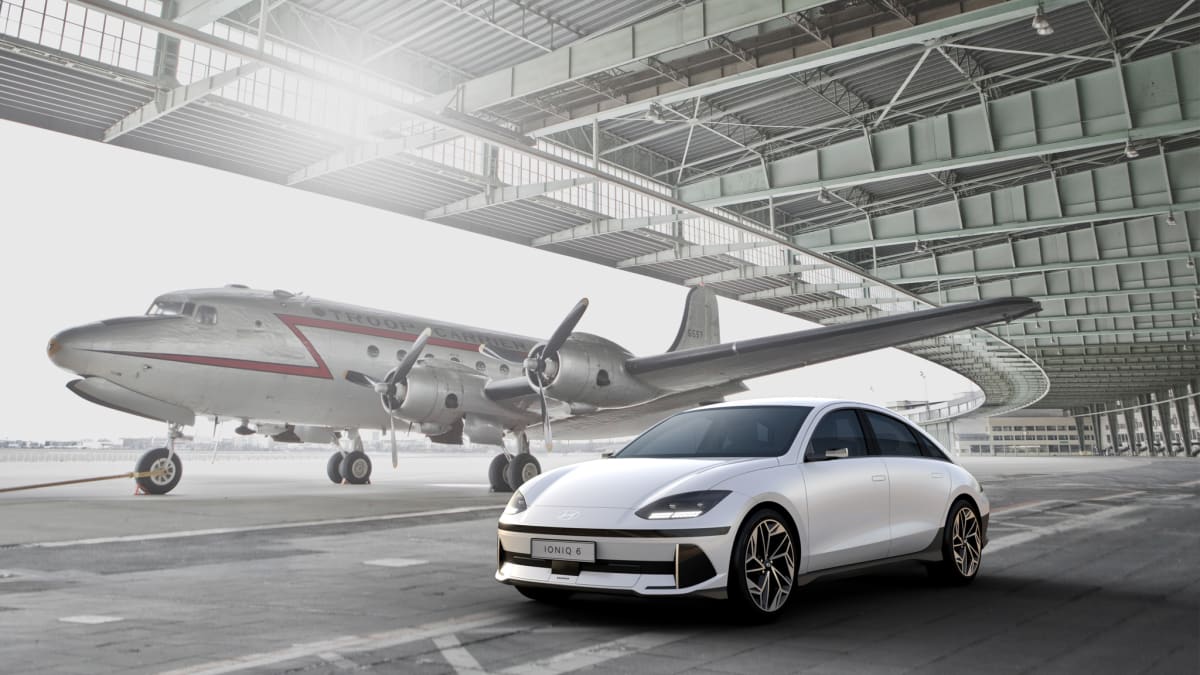 Though we’re here talking about fresh faces in the automotive industry, we can’t ignore the legacy automakers, many of which will convert to partially electric brands by the end of the decade. Hyundai, Mercedes-Benz, and others have created strong sub-brands within their overall catalogs focusing exclusively on electric vehicle development and production. Nearly every major manufacturer has committed to shifting at least a portion of their production capacity to EVs. So, while there will be no shortage of new EV companies to talk about, the tried-and-true automakers may start to look a lot like the newbies in the near future.