5 Indian cricketers who can be in the armed forces 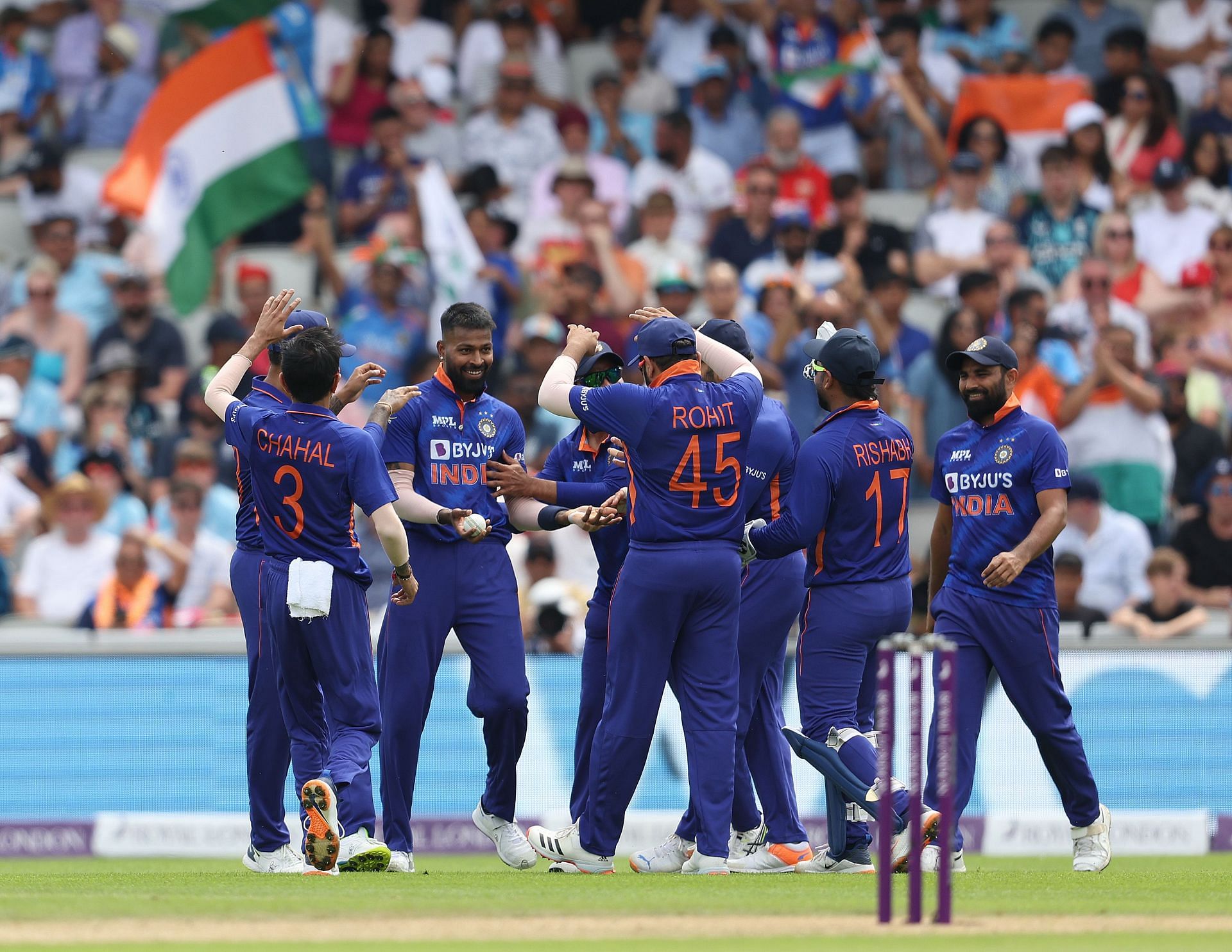 Indian cricketers, just like most sportspersons across the globe, are known for representing their country with pride. Thanks to their brilliant contributions, some of them have been bestowed with off-field honors. This is not just restricted to winning civilian awards like Padma Bhushan and Padma Shri.

A number of big names from Indian cricket have also served in the armed forces, having earned an honorary rank. CK Nayudu was conferred the honor of a Colonel in Holkar’s Army in 1923. Hemu Adhikari was a Lieutenant Colonel, who also served in the Indian army during World War II.

Looking at recent examples, the legendary Kapil Dev joined the Indian Territorial Army in 2008 and was commissioned as a Lieutenant Colonel by the then Chief of Army Staff. Sachin Tendulkar was the first sportsperson to be made honorary Group Captain of the Indian Air Force.

Former India captain MS Dhoni holds the honorary rank of Lieutenant Colonel in the Indian Territorial Army. He even had a short stint with the Territorial Army unit of the Parachute Regiment in Jammu and Kashmir.

Sportspersons being conferred with honorary ranks in the armed forces is a way of appreciating their contribution. It is also a means of encouraging more people to join the forces. Athletes themselves can play a small part in boosting the morale of the soldiers.

On that note, let’s take a look at five current Indian cricketers whose achievements and distinctive qualities could earn them a place in the armed forces in the future.

Apart from being a legendary white ball batter, India’s all-format captain Rohit Sharma is also known for his calm and composed demeanor as leader. He has represented India with distinction since making his international debut back in 2007.

His amazing list of records includes being the only batter to smash three double hundreds in one-day cricket. Rohit has also hit the most number of tons (4) in T20I cricket and is also the leading run-getter in the format.

In July this year, he created a record by becoming the first captain to win 13 consecutive T20Is. As skipper, he has led the Mumbai Indians (MI) to five Indian Premier League (IPL) titles, the most by any leader in the tournament.

Virat Kohli might be struggling for runs lately, but in the decade from 2009 to 2019, he was one of the finest all-format batters in international cricket. He has scored runs all over the globe, in all sorts of conditions and against the best of attacks.

He may have failed to win an ICC trophy as captain, but Kohli ended his leadership stint as India’s most successful Test captain in terms of numbers – 40 wins in 68 matches. He was also the first Indian skipper to win a Test series in Australia.

Apart from his amazing records, Kohli is also known for his infectious aggression. While many have questioned his over-the-top antics, his passion has had a big role to play in his success both as a batter and leader.

Seasoned off-spinner Ravichandran Ashwin is the leading wicket-taker for India in Test matches among the current crop of players. In 86 Tests, he has claimed 442 wickets at an excellent average of 24.13 with 30 five-fers and seven 10-wicket match hauls.

Only Anil Kumble (619) has claimed more Test wickets for the country in the format. Ashwin also has five Test hundreds to his name. The 35-year-old has a decent record in white-ball cricket as well. The offie has picked up 151 wickets in 113 ODIs and 64 scalps in 54 T20Is.

His stellar stats aside, Ashwin has made a name for himself as a fighter. He has made a comeback on a number of occasions after being written off. He is like a soldier on the cricket field who does not believe in giving up.

Pacer Jasprit Bumrah is undoubtedly India’s No.1 bowler across the three formats of the game. He started his career as a white ball specialist, but has worked his way up the ladder rather swiftly. Bumrah even captained India in the rescheduled Test in Birmingham earlier in the year after Rohit was ruled out due to COVID-19.

When Bumrah began his international career, many pundits and former cricketers opined that his career would not last long due to his unconventional bowling action, which would make him injury prone. However, Boom Boom has kept working hard on his bowling skills and the critics have been automatically silenced.

Yes, these are still very early days in Rishabh Pant’s international career. But there is no denying the fact that he can be a candidate to earn an honorary rank in the armed forces if he continues to progress in the manner that he has been doing.

Only 24, Pant has played some incredible knocks in his short Test career and that too in extremely challenging conditions, under tough circumstances away from home. He has scored 2123 runs in 31 Tests at an average of 43.32. Of his five Test hundreds, two have been scored in England, one in Australia and one in South Africa. He also has a brutal 97 in Sydney and the epic 89* at the Gabba.

The left-handed batter is still establishing himself in white ball cricket. He recently demonstrated glimpses of brilliance during his unbeaten 125 in a must-win ODI against England in Manchester. Pant comes across as a quick learner and is incredibly mature for someone who is often perceived as a reckless strokemaker.