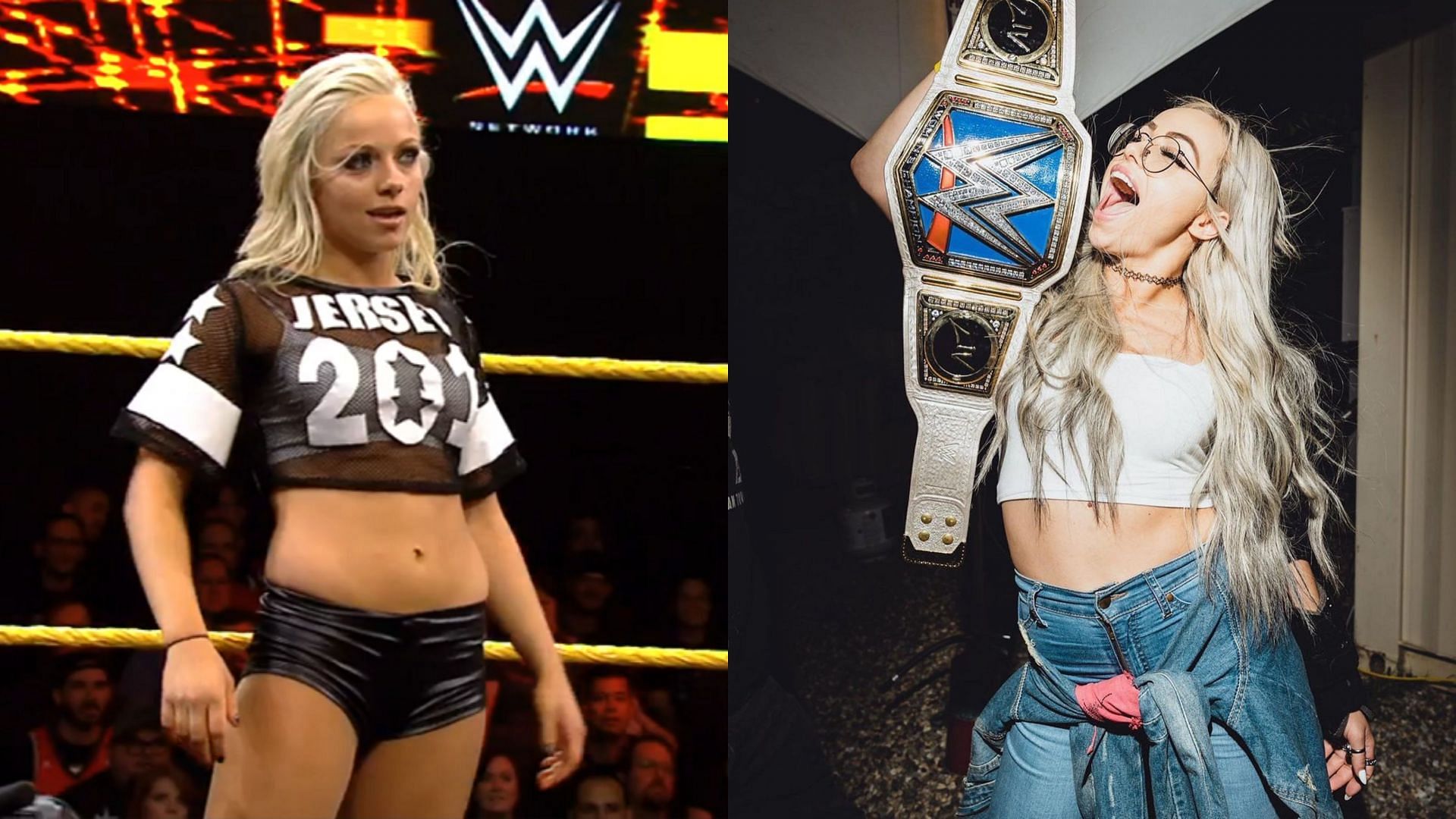 Although they later became successful on the main roster, a few WWE women have surprisingly failed to win championships during their time in NXT.

Meanwhile, a few top female superstars on the main roster were not as successful in NXT as they are today on RAW and SmackDown. Despite spending several years on the Black and Gold Brand, they surprisingly failed to capture any titles.

After passing a tryout, Bianca Belair signed with WWE in 2016. She then spent about four years in NXT. Surprisingly, the 33-year-old never got to hold the NXT Women’s Championship during their tenure on the brand.

In an interview with The Corner Podcast, Belair commented on never winning the NXT Women’s Title, disclosing that it made her question herself during her time in the Black and Gold Brand:

“I did [question herself in NXT]. I go out there and talk about being the EST of WWE and that’s where I started in NXT and I feel like that was my home and I felt like there, I was constantly trying to prove that I belonged there… I placed so much validation with that title and it was so many times when I thought, okay, this is my time, this is my time and it never happened… I was like man, I wanna prove and show that I’m worthy and that I’m good and I’m capable of being the face of NXT and being a champion,” said Belair. (H/T: POST Wrestling)

The now-two-time Women’s Champion also disclosed in another interview with Lucas Charpiot of VL Media that she would like to return to NXT one day, referring to the brand as “her home.”

“I have never won the NXT Women’s Championship. It was quite a complicated thing to do at the time. I saw that Natalya was currently there. Natalya is a legend in this medium. It’s great to see her wrestle in NXT 2.0 with these young wrestlers. (…) As far as I’m concerned, NXT is where I learned it all. I didn’t know anything about wrestling when I arrived. I started at 27 years old with no experience in the ring. NXT is my home. (…) It would be nice to be able to come back there to face these young wrestlers,” she explained.

Since her main roster debut in 2020, Belair has become one of the top female competitors on the current roster. Over the past two years, the 33-year-old has won a Royal Rumble Match, headlined WrestleMania, and held both the SmackDown and RAW Women’s titles. She is currently the reigning RAW Women’s Champion.

After signing with WWE in 2013, Carmella competed for nearly three years in NXT. During her time on the Black and Gold Brand, the 34-year-old received only three shots at the NXT Women’s Championship.

The self-proclaimed Most Beautiful Woman in WWE failed to win the title against Bayley and Asuka at two live events in 2015 and 2016. Camella’s only televised NXT Women’s Championship match came in January 2016 when she went head-to-head against Bayley. However, it also ended with her defeat.

Later that same year, Carmella moved from NXT to SmackDown in the 2016 WWE Draft without ever holding the title on the Black and Gold Brand. Nevertheless, her main roster run has been much more successful.

Over the past six years, Carmella captured the SmackDown Women’s Championship, Women’s Tag Team Championship, and the 24/7 Title. She also won the 2017 Women’s Money in the Bank Ladder Match, the WrestleMania 35 Women’s Battle Royal, and the second season of the Mixed Match Challenge alongside R-Truth.

Between 2013 and 2016, Alexa Bliss was a regular competitor in NXT. During her three-year tenure on the brand, the 31-year-old received many opportunities to capture the NXT Women’s Championship at live events. Nevertheless, she failed to win the title.

Little Miss Bliss also had two televised title matches. Her first came in February 2015 against Sasha Banks. However, The Boss made her tap out. Eight months later, she faced Bayley for the NXT Women’s title. Nonetheless, she came up short again.

In 2016, Bliss surprisingly left NXT for SmackDown without ever holding the NXT Women’s Championship. Her main roster run, however, has been much more successful.

Over the past six years, Bliss has become a five-time Women’s Champion and a two-time Women’s Tag Team Champion. She also captured the 24/7 title once and won the 2018 Women’s Money in the Bank Ladder Match. Little Miss Bliss even hosted WrestleMania 35.

Despite all her success on the main roster, Bliss recently hinted at returning to NXT to capture the only title she has never won in WWE.

Becky Lynch is probably the most surprising name on this list. The Man is currently one of the top superstars in all of WWE. However, she did not enjoy similar success in NXT.

Despite being one of the most popular female superstars, Lynch never held the NXT Women’s Championship during her two-year tenure on the brand between 2013 and 2015. She is also the only member of the Four Horsewomen of WWE who failed to win that championship.

Since making her main roster debut in 2015, Lynch has become much more successful. She is now a six-time Women’s Champion and a former Royal Rumble winner. The Man is also the highest-paid female competitor on the current roster.

Lynch is now out of action after suffering a shoulder injury during her RAW Women’s Championship match against Bianca Belair at SummerSlam.

In October 2014, Liv Morgan officially joined WWE. She then spent about three years in NXT. During her time on the Black and Gold Brand, the 28-year-old only had three shots at the NXT Women’s Championship Title, all at live events. However, she lost them all.

Despite never winning the NXT Women’s Title, the new EVP of Talent Relationship and Head of Creative Triple H believed since day one that Morgan would become a star in WWE. Former WWE referee Scott Armstrong recently disclosed that Triple H had always been a fan of the 28-year-old:

“I know for a fact that Liv Morgan has worked. I mean, I, I knew her when she was at NXT, just getting her foot in the door. And it was like, I mean, I remember saying the words to Hunter saying, ‘is this little girl old enough to be on the TV show?’, and he said, ‘oh yeah, man, she’s gonna be a star!’ So Hunter believed in her way back then,” Armstrong said. (H/T: Still Real To Us)

Since debuting as a member of The Riott Squad in 2017, Morgan has been one of the most popular female superstars on the current roster. She recently captured her first-ever title after cashing in her Money in the Bank contract on Ronda Rousey and defeating her for the SmackDown Women’s Championship.

On September 3, Morgan will defend her SmackDown Women’s Title against Shayna Baszler at Clash at the Castle.