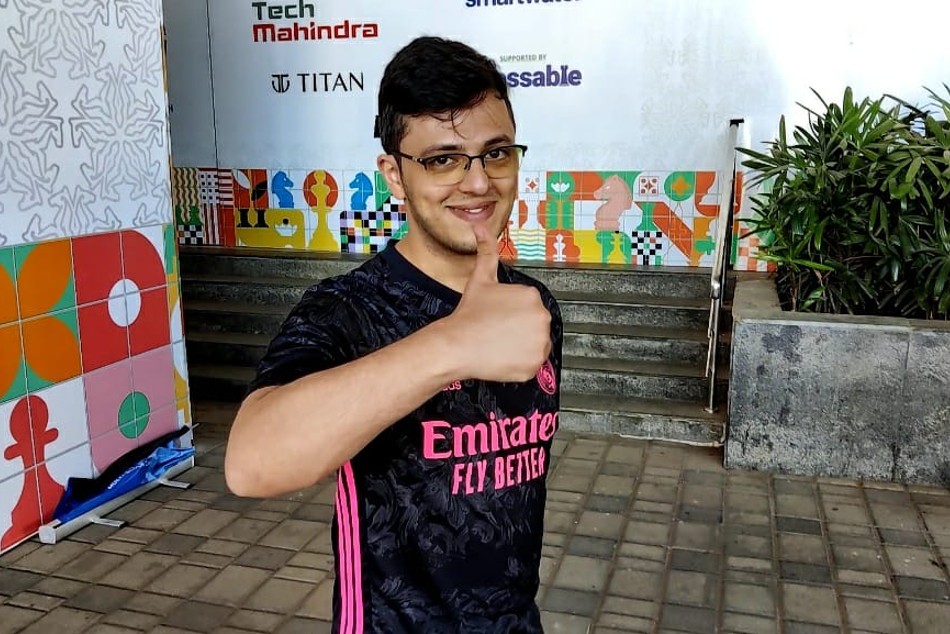 MyKhel caught up with Nijat Abasov, Azerbaijan’s national chess team captain, ahead of the competition and the grand master from Baku shared his experiences from his previous visit to India during the junior world championships back in 2014 and how that visit helped him become a much-improved player. Abasov (27) – who was ranked No. 3 in Azerbaijan and No. 67 in the world – also gave a peek at Azerbaijan’s chess culture and his love for LaLiga giants Real Madrid.

Here are the excerpts:

MyKhel: Is this your first visit to India?

Nijat Abasov: No. This is my second visit to India. I’ve been here during the Junior World Championships in Pune in 2014.

MK: What was your performance there?

Nijat: I believe it could have been better (laughs).

MK: Can you elaborate more about your journey in chess so far?

Nijat: Well, I should say my journey started after Pune in 2014 and I have been a grand master for 12 years. Chess has been a profession for me. I’ve participated in several tournaments and I have also helped my team to improve their game.

MK: What are your personal expectations from this tournament?

Nijat: Of course, just like all other participants, winning a medal is my aim as well.

MK: How has your preparation been in the run-up to the event? Earlier it was supposed to happen in Russia but it was shifted to India due to Russia’s conflict with Ukraine. Did that impact your preparation?

Nijat: For professional chess players preparations never end, for we have to work every day basically. It might have been a tough task for the Indian organisers who had to do a lot of work within four or five months; and I should admit that whatever I could see, they’ve done pretty well. Everything seems to have been organised well. We came here on July 26. The hotel and the tournament venue are good. The food, however, isn’t usual, as it is quite spicy (laughs) but other than that everything is fine.

MK: How are you coping with the weather and food here?

Nijat: The weather is quite hot but it’s not unbearable. It’s fine if you are indoors and air conditioners are saving the day. And the food, well, I like spicy food but some of my teammates are struggling a bit.

MK: What is the general perception about chess back in Azerbaijan?

Nijat: Azerbaijan is a chess country, it has big traditions. (Garry) Kasparov was from Baku, then we have (Shakhriyar) Mamedyarov, (Teimour) Radjabov, and Vugar Ghashimov, who was in the top-10 players in his time. So, Azerbaijan has a huge chess culture and we try to keep the tradition and also look to create future stars.

MK: Are there any plans to reach the 2700 rating points?

Nijat: Well definitely planning, if it’s going to happen or not, only time will tell.

MK: Who is your sporting idol in chess or outside chess?

Nijat: Well, you can say from my jersey that I support Real Madrid as a football club. I love watching football and even playing the game. Most chess players also play ping pong.

MK: Who is your favourite football player in Real Madrid?

Nijat: Earlier it used to be Gareth Bale but now it is Karim Benzema.

Where Are The Disney XD Stars Now?