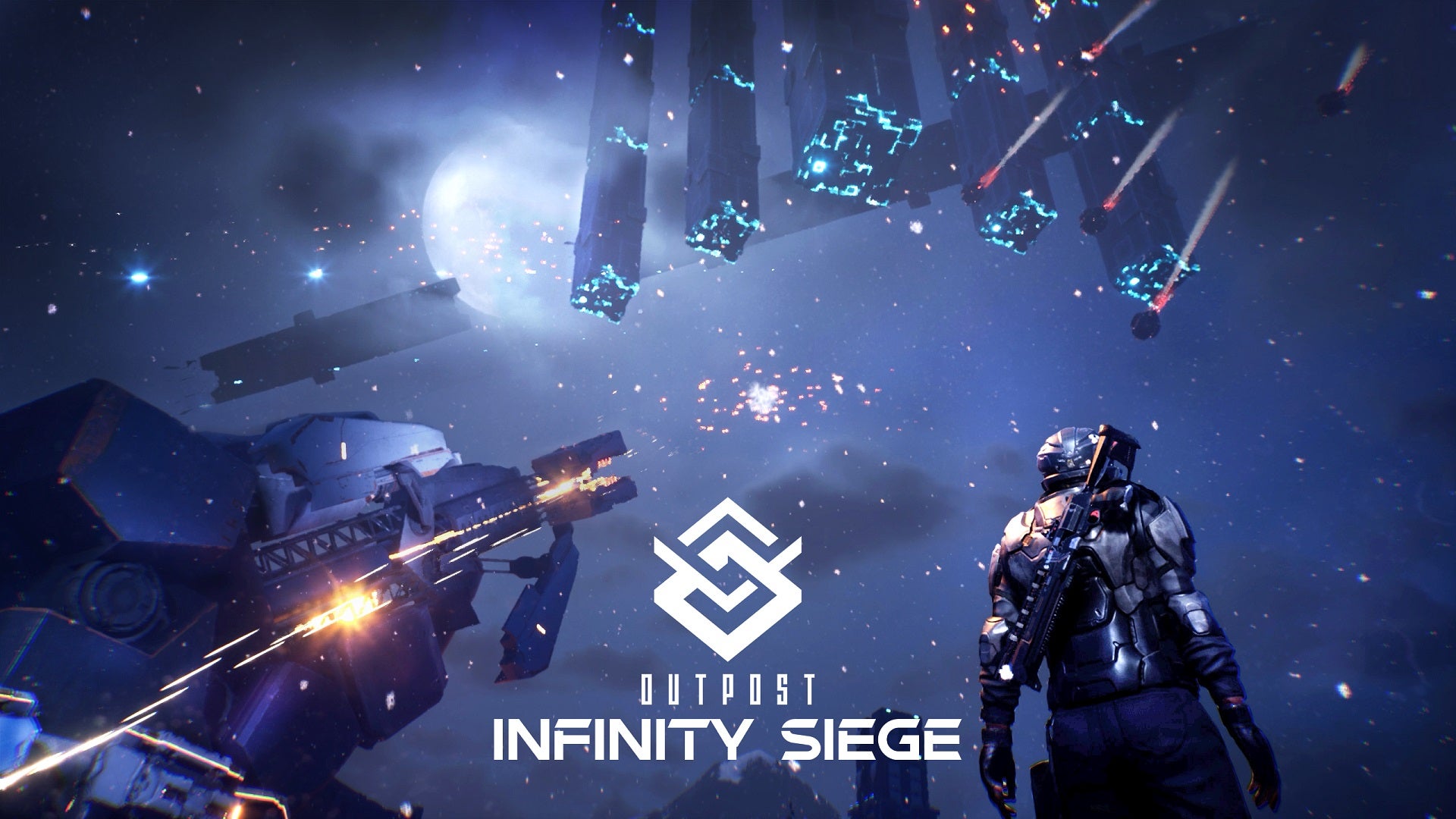 Outpost: Infinity Siege looks like an exciting new FPS from Team Ranger that appears to be mixing some exciting mecha FPS combat with base building, survival, exploration, and base management. This melding of genres might just set Outpost apart from most the other games dropping this year.

To give you a real taste of what Outpost: Infinity Siege is going to offer to FPS and strategy fans just watch the reveal trailer below. Nothing will beat getting your hands on the game itself, but you can get a sense of the explosive shooter action and the more strategic elements in the base building and Commander Mode.

Already sold? You can wishlist the game on Steam here

If you’re still unsure why Outpost: Infinity Siege is worth keeping an eye on, we’ve listed out 4 ways Outpost could shake up the co-op FPS genre. From what we’ve seen, there are plenty of exciting features that you’ll want to know about.

While playing in first-person, it looks as though you’ll have loads of customisation options for aspects of your equipment. From the trailer we see interchangeable armour and weapon parts, which mix up how you take on enemies on foot, but also perks through the Protoslag system.

The protoslag system looks like it lets you slot in modifiers to your weapons of various rarities, providing perks for combat that either vastly alter the kind of projectiles you shoot out, or provide buffs to the player during combat. By smartly managing your perks and upgrades you can create a fine-tuned build that fits your playstyle.

On top of that, you’ve we also see the outpost which you’ll be building and protecting in Outpost: Infinity Siege! From the trailer it seems like you can construct it however you wish, placing massive weapons in key locations, and setting up defences to your preferences.

Eventually, we assume you’ll be able to set up a truly impressive outpost, packed with gigantic cannons or anti-air guns, as well as additional upgrades for players battling off waves on the ground, all aimed to enhance the action during a game of Outpost: Infinite Siege.

It looks like Outpost: Infinity Siege has customisation at the heart of each of its major aspects, so if you’re a fan of survival FPS and taking total control of how you play, there’s plenty to be excited about.

Who doesn’t love a grappling hook? In Outpost: Infinity Siege, it looks like you’ll be able to use your trusty grappling hook to traverse the map as well as the beautifully constructed outpost you’ve raised up from nothing. This means swinging around like you’ve been bitten by a radiative spider – something that has scientifically been proven to make any FPS game better…probably.

But at closer inspection of the trailer, it seems as though there’s more to the grappling hook than just traversal. It appears that you can use your grappling hook to snatch weapons lying around on the ground. We can only imagine that if you’re ever in a bind, some rapid reactions and quick thinking can pull a weapon upgrade right into your hands, ready to go.

Exploration looks like a major component of Outpost: Infinity Siege, as you’ll have to scour nearby ruins and wilderness to find resources. These look as though they’re hugely important to your overall survivability, as they appear to be used to improve your combat capabilities through various upgrades.

Once you’ve got a basic outpost up and running, it appears that you can use resources to craft new equipment for the players, as well as facilities for your outpost.

These resources appear limited, so you’d have to pick your upgrades and purchases carefully before more enemies come and try to wipe you out. However, if you’re smart with your choices and use your resources efficiently, you should be able to build yourself a powerful outpost that’s a force to be reckoned with.

Above the on-the-ground FPS gameplay, and even the outpost you build to tower above you, there appears to be a commander mode that lets one player manage each aspect of their outpost from a managerial perspective, seemingly choosing what enemies your constructed weapons should focus fire on, and what gear to send out into the battlefield for other players to use in the fight.

In this way, even if your skill at shooting isn’t as refined as that of your friends in-game, you may still be useful by keeping them well supplied and focusing pressure on enemies that need it.

That wraps up our article on 4 ways Outpost is shaking up the co-op FPS! The game is set to launch in Q3 2023 on PC, and you can wishlist it on Steam here.