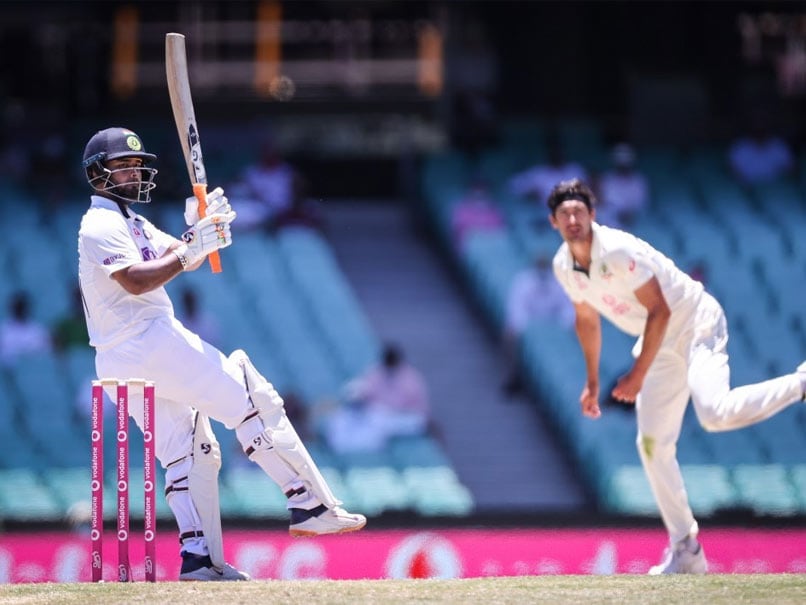 Team India’s batting coach Vikram Rathour on Thursday said wicket-keeper batsman Rishabh Pant was unaware of the “pitch scuffing” done around the batting crease during the final day of the third Test on Monday. Steve Smith was seen scuffing up the area around the batting crease on day five of the third Test between India and Australia at the Sydney Cricket Ground and social media users started questioning the Australia batsman for his gamesmanship. Rathour said they weren’t even aware of the incident and it didn’t have any effect on Pant’s batting, who became the youngest wicket-keeper to score fifty-plus runs in the fourth innings of a Test match in Australia.

“Basically, we didn’t even know about the incident. We knew only after the game when the media picked it up. As a batsman, Rishabh Pant wasn’t even aware. I wouldn’t like to comment as it hardly mattered,” Rathour said on the eve of the final Test.

Smith said he was shocked and disappointed to see the reaction that has come in after he was seen scuffing up the area around the batting crease.

“I have been quite shocked and disappointed by the reaction to this. It’s something I do in games to visualise where we are bowling, how the batter is playing our bowlers and then out of habit I always mark centre,” Smith told the Daily Telegraph, as reported by Fox Sports.

On Tuesday, Australia Test skipper Tim Paine rallied around Smith, saying that that the batsman was shadow practicing and he was definitely not trying to change Rishabh Pant’s guard on the final day of the Pink Test against India.

“I have spoken to Steve about it. He is really disappointed with the way it has come across. If you watch Steve Smith play Test cricket that is something he does every single game five or six times a day. He does this a lot. He is always in the batting crease batting. As we know he has those many Steve Smith quirks. One of them is that he was always marking centre. He was certainly not changing Pant’s guard,” Paine said in a virtual press conference.

“I imagine if he was the Indian players would have kicked up a bit of a stink at the time. I have seen Steve do it many times in Tests and games I have played against him. He likes to visualise how he is going to play. Yesterday you could see him up there playing shots as a left-hander to where he wanted Lyon to pitch the ball,” he added.

India and Australia will now face off in the fourth and final Test at the Gabba, Brisbane, beginning Friday. The third Test between the sides ended in a draw.

‘Organised crime is the biggest threat to our economy’