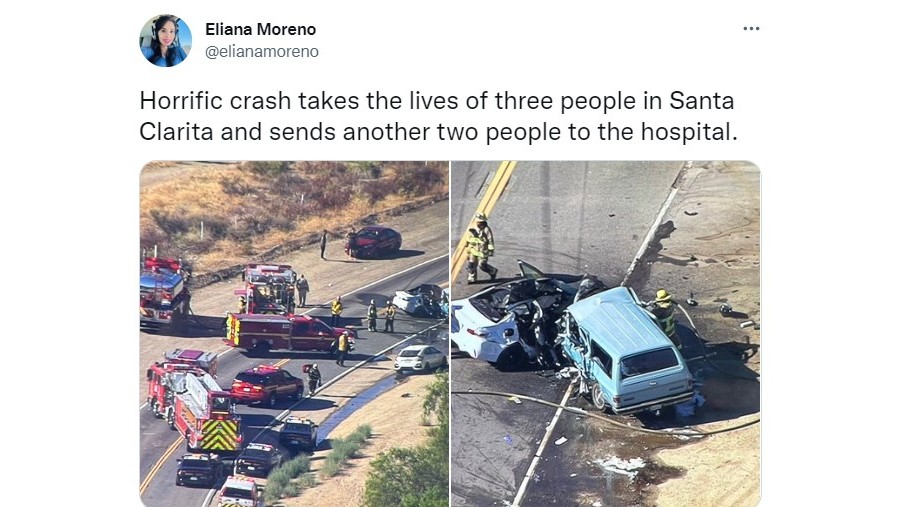 Horrific crash takes the lives of three people in Santa Clarita and sends another two people to the hospital. https://t.co/3BZBpPSm8D pic.twitter.com/mHCljgncrN

Firefighters put out the deadly vehicle fire, the California Highway Patrol reported, and according to NBC Los Angeles, three people were killed.

The crash at 29889 San Francisquito Canyon Road happened around 4:10 p.m., according to the CHP. It was not immediately clear what caused the wreck.  News video from the scene showed a white BMW and an older large SUV had collided.

There was no immediate word on the age or gender of the victims, whose names were withheld pending notification of next of kin.

The condition of the two injured people was not immediately known.

Both northbound and southbound lanes of San Francisquito Canyon Road were closed between Riverview Road and Quail Trail, the CHP reported.

This gaming chair makes your butt a part of the action