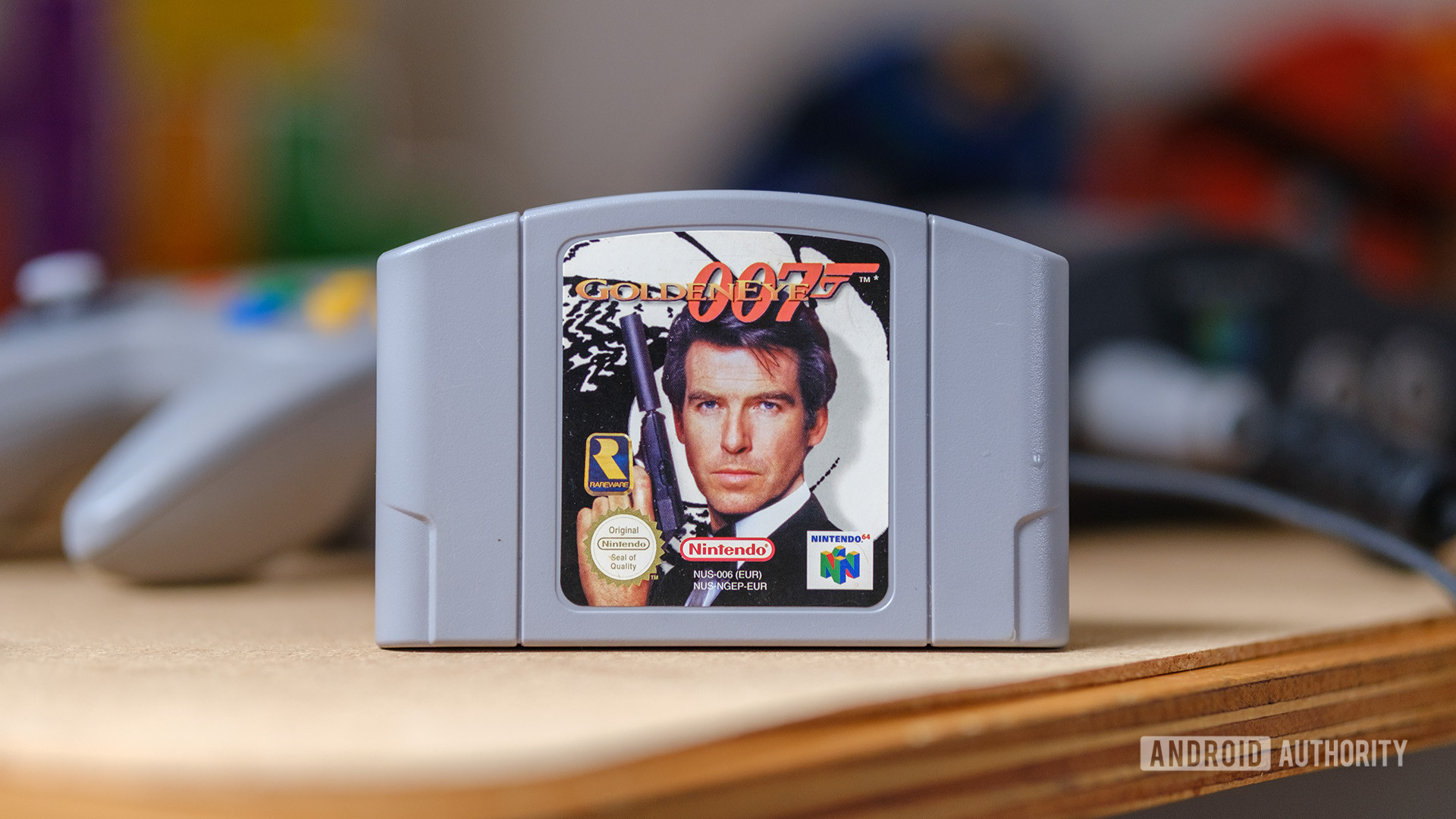 Games based on movies and licensed properties in general have rarely been good. And yet, somehow, a game based on Ian Fleming’s titular character, James Bond, starring in a good, not great movie, became the genre-defining title of 90s gaming.

It’s been 25 years since GoldenEye 007 — commonly just called GoldenEye — hit the Nintendo 64, and there’s no denying that the game left an indelible mark on the legacy of Nintendo’s console and the industry at large. Here are a few ways in which the game played a pivotal role in shaping modern first-person shooters.

Games like Wolfenstein 3D, Doom, and Quake popularised the first-person shooter genre, but while there were console ports, the definitive way to play these games was on PC. It took the 1997 title, GoldenEye, to show off to the world that it was actually viable to bring the same run-and-gun experience to a console. By all measures, GoldenEye was the first true AAA first-person shooter on a console.

British developers, Rare, didn’t even have access to the final controller design for the console when they started working on the game. However, the company was able to use the combination of a centered analog stick and a D-Pad or C buttons to translate the keyboard experience to the console. Sure enough, Sony introduced the DualShock controller with dual analog sticks that same year, and the twin-stick layout for manipulating player movement and camera controls has become the de-facto standard for first-person shooters since then.

Most shooters from the early 90s followed a fairly linear level design and some variation of a hellscape or an alien planet to create the gaming environment. GoldenEye took a diametrically opposite approach and was reasonably grounded in reality — both in terms of level and weapon design.

The developer had unprecedented access to the movie sets and took set pieces from real-world locations to create a sense of realism. By pulling generously from the movie, players could recreate iconic sequences from the Pierce Brosnan flick.

GoldenEye crafted iconic set pieces from the movie into some of the most fun video game levels for its time.

While Doom and its ilk were essentially run-and-gun shooters, GoldenEye differentiated itself by tossing in objectives to expertly crafted levels. Moreover, the game featured semi-destructible environments and even allowed you to pull off moves like shooting through a toilet stall to get to the enemy. How’s that for fun?

But it goes further still. Want to crank up the difficulty? GoldenEye didn’t take the easy way out of just giving bosses more health and stronger weapons. Instead, the game added more objectives and adapted the level design to up the difficulty level. Commonplace today, groundbreaking for a console FPS game in 1997.

Growing up, one of my favorite games was Wolfenstein 3D. The proto-FPS was easy enough to master with enemies following the same scripted route. In fact, Doom didn’t stray too far from the route either, and it was straightforward to learn the Cacodemons’ erratic movement patterns.

Not so with GoldenEye. For its time, GoldenEye was a breakthrough in enemy AI. Not only did enemy traversal paths vary, but the targets weren’t a bullet sponge either. Security guards used a combination of stealth and dodging techniques to try and fight back against Bond. Often enough, using stealth to take out the baddies was the best approach, a concept rather unique to games at the time. Today, games like Alien Isolation go to immense lengths to create a sense of tension and danger through AI-based randomized pathways, but GoldenEye paved the path to get there.

While Team Fortress was technically the first game with hit detection support, GoldenEye popularised it. Enemies responded differently depending on where you shot them, and it is said that the concept of headshots emerged from the Nintendo 64 classic.

Online multiplayer is fun, but it just doesn’t compare to the thrill of split-screen gaming. Some of my best gaming memories are taking potshots at my friend sitting across me on the couch while playing local multiplayer titles. But did you know that GoldenEye’s multiplayer mode was an afterthought for the developers? Despite that, GoldenEye was amongst the first titles with four-way offline multiplayer support. Due to the Nintendo 64’s lack of online networking capabilities, the developers took advantage of the four controller ports; the rest is history.

GoldenEye was amongst the first few titles to support four-player local multiplayer on a home console.

The game shipped with numerous offline modes, including deathmatch, which has now become a staple of first-person shooters. In fact, it is likely that Halo and other titles wouldn’t have existed without GoldenEye’s deep focus on replayability through local multiplayer and excellent use of controls.

All said and done, Rare managed to blend a series of excellent ideas to create a game that wasn’t just a technical masterpiece but also fun to play. Being the first truly groundbreaking AAA first-person shooter on a console certainly helped its case, but GoldenEye’s legacy lies more in its innovative ideas that are essentials of modern gaming.

Do you have any interesting GoldenEye-related memories? Let us know in the comments section.