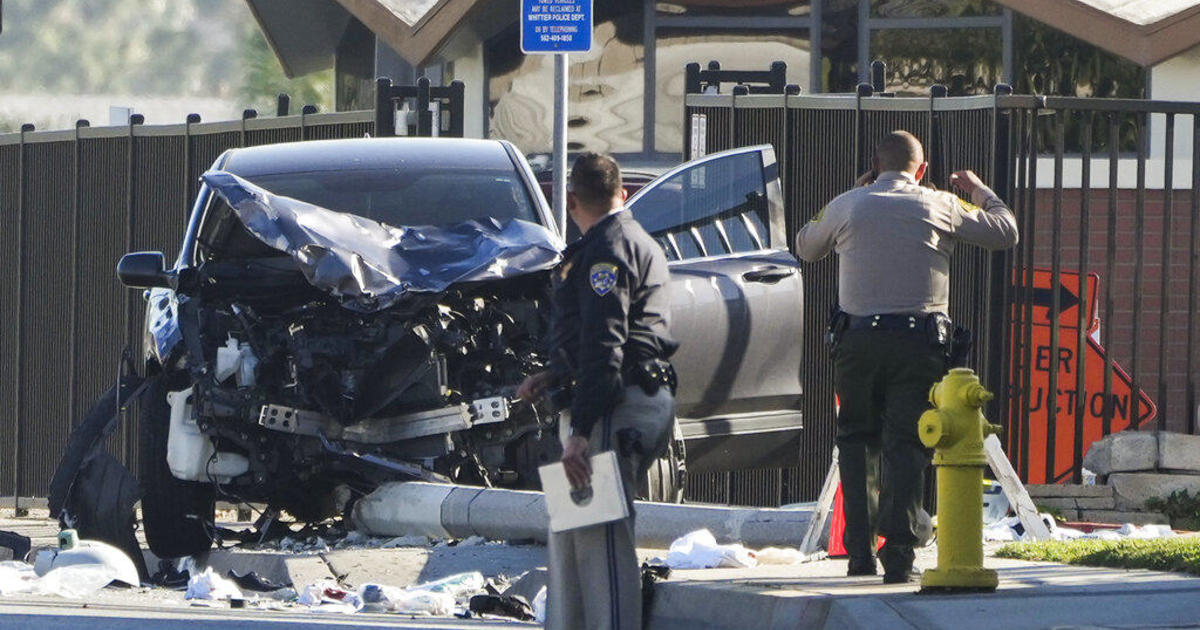 A driver plowed into a group of Los Angeles County Sheriff’s Department recruits while they were out for a run early Wednesday in Southern California. Authorities said 23 people were injured in the crash, including the driver, and that five recruits were in critical condition.

The driver was identified as a 22-year-old from the California city of Diamond Bar. The driver was going the wrong way on the road, hitting a recruit class that was running in formation, officials said Wednesday at a press conference.

Paramedics set up a triage area at the scene in the Whitter area and transported the injured to seven hospitals for treatment.

A CBS Los Angeles helicopter showed a large response of police and firefighters as well as a vehicle on a sidewalk.

An investigation is ongoing and the driver has been detained.

Denial of responsibility! My droll is an automatic aggregator of the all world’s media. In each content, the hyperlink to the primary source is specified. All trademarks belong to their rightful owners, all materials to their authors. If you are the owner of the content and do not want us to publish your materials, please contact us by email – [email protected]. The content will be deleted within 24 hours.
los angeles
0
Share

Vivo X90 series launching on November 22: Here’s what we know