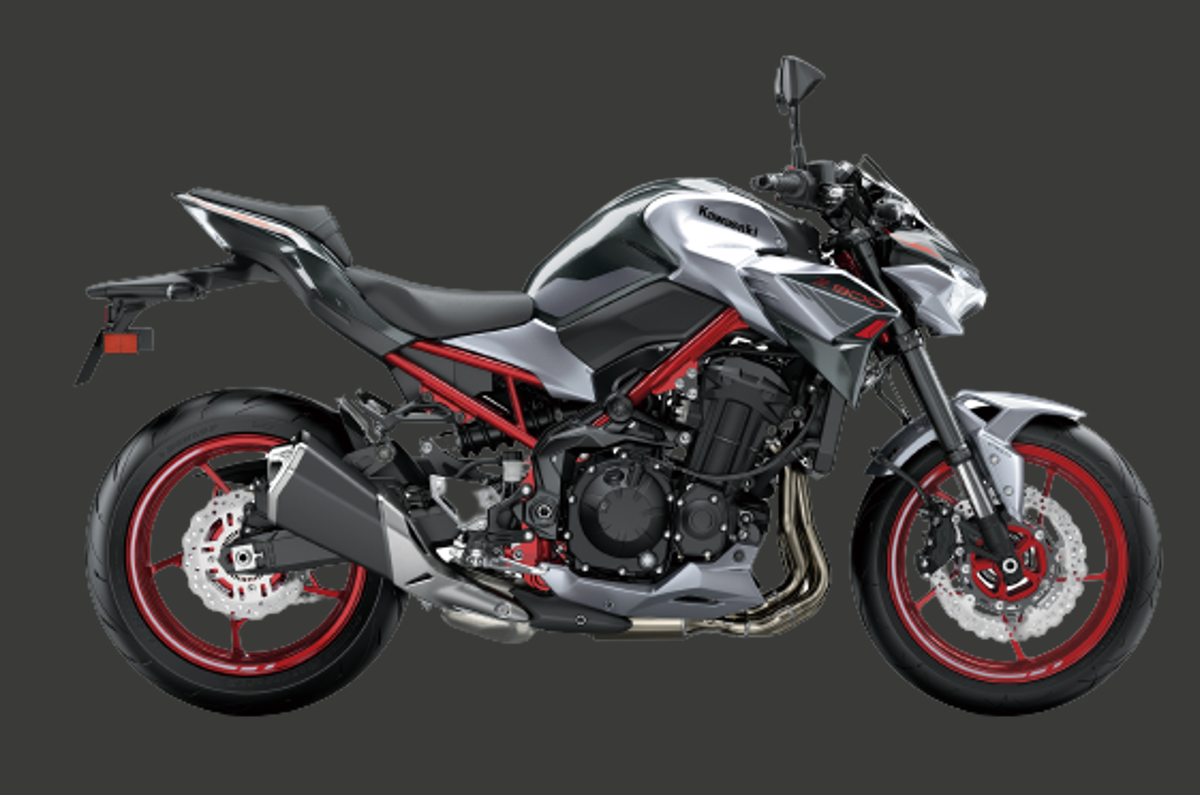 The middleweight sport naked costs Rs 51,000 more than the outgoing model but remains mechanically identical to it.

The 2023 Kawasaki Z900 has been launched in India at Rs 8.93 lakh. At this price, it is Rs 51,000 dearer than the outgoing model but remains mechanically identical to it. The only change the middleweight sport naked gets for this year is the addition of two new colour options.

As was the case with the recently-launched 2023 Kawasaki ZX-10R, not much on the Z900 has changed compared to the previous model, with the exception of two new colourways. For 2023, the Kawasaki Z900 can be had in either Metallic Phantom Silver/Metallic Carbon Grey or Ebony/Metallic Matte Graphene Steel Grey.

Everything else on the bike stays unchanged, including the 948cc, inline-four, liquid-cooled engine, which is good for 125hp at 9,500rpm and 98.6Nm of torque at 7,700rpm. When we pitted the Z900 against competition from Europe, we found this silky-smooth engine the most tractable of the lot. The steel trellis frame nestling this engine remains the same as well. Handling suspension duties on the Z900 is a 41mm USD fork and a monoshock, both adjustable for preload and rebound. Braking duties are handled by a pair of axially-mounted four-piston Nissin front calipers clamping down on twin 300mm discs and a single-piston caliper biting down on a 250mm disc at the rear. The Z900 comes with dual-channel ABS as standard.

When it first came to India back in 2017, the Z900 featured no rider aids except dual-channel ABS. The 2020 update endowed it with all-LED lighting, revised styling and a 4.3-inch colour-TFT dash, which allowed you to control a full suite of riding aids. The Z900 comes equipped with two power modes (Full and Low), four riding modes – Rain, Road, Sport and Rider (customisable) – and three traction control levels (in addition to the option of switching it off entirely).

As mentioned before, the 2023 Kawasaki Z900 is dearer by Rs 51,000 than the outgoing model (Rs 8.42 lakh). When it comes to rivals, bikes like the Rs 12.49 lakh Ducati Monster, the Rs 10.8 lakh BMW F 900 R, the Rs 9.41 lakh Triumph Street Triple R and the Rs 9.15 lakh Honda CB650R, all fall into the Z900’s crosshairs. The Z900 has always been a popular choice amongst buyers in the country, pairing affordable inline-four performance with everyday usability. Whether that continues with this substantial price hike is a question only time will tell.

Which middleweight sport naked bike is your pick of this bunch? Let us know in the comments section below.