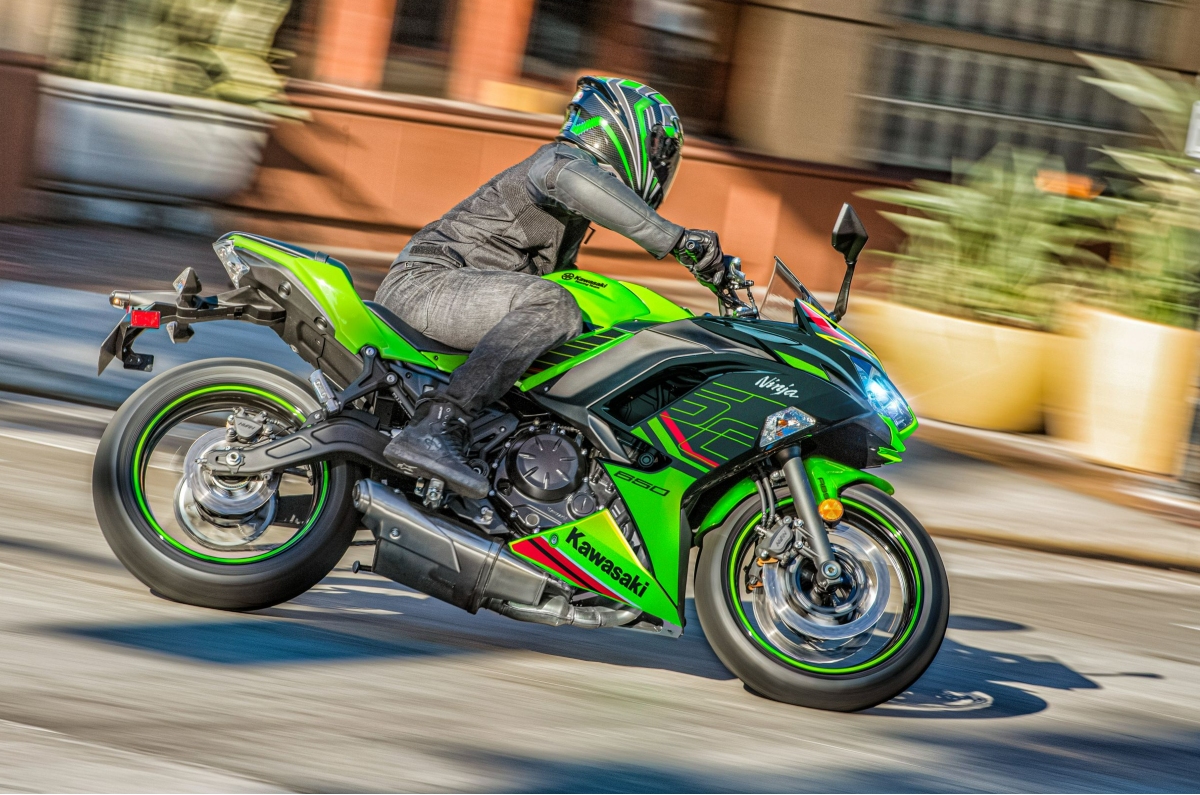 Kawasaki has launched the 2023 iteration of its middleweight sportbike, the Ninja 650, in India at Rs 7.12 lakh (ex-showroom, Delhi). For the first time since its inception in 2006, the Ninja 650 features traction control. Besides this addition, the bike otherwise remains the same mechanically and visually. This update also brings with it a significant price hike of Rs 51,000 compared to the previous model.

The biggest change in this year’s model is the addition of a traction control system. The Ninja 650 now features the same traction control system as its more touring-oriented sibling the Kawasaki Versys 650. The system has two levels of intervention, Mode 1 and Mode 2, with the former intervening gently and the latter intervening earlier. In addition, the system can also be switched off if the rider chooses to do so. Another small change is the revision to the graphics of the Lime Green paint option, which has a similar design to the Kawasaki Ninja 400.

Mechanically, the bike remains unchanged. The liquid-cooled, 649cc parallel-twin engine is good for 68hp at 8,000rpm and 64Nm of torque at 6,700rpm. This 180-degree parallel twin is mated to a 6-speed gearbox, equipped with a slipper clutch. Nestling this engine is a steel trellis frame suspended by a telescopic fork and a preload-adjustable monoshock. With the 15-litre fuel tank fully brimmed, the Ninja 650 tips the scales at 196kg.

Braking duties are taken care of by twin 300mm rotors at the front, squeezed by a pair of twin-piston axially mounted calipers and a 220mm disc at the rear, mated to a single-piston caliper. The Ninja 650 gets dual-channel ABS as standard and unlike its newly equipped traction control system, it cannot be switched off. The Dunlop Sportmax Roadsport 2 tyres are the same as the outgoing model as well.

Recently, Kawasaki has hiked the prices of its 2023 models with the likes of the Z900 and the ZX-10R remaining unchanged but becoming a whole lot dearer.

What do you think of these price hikes by Kawasaki for its products? Let us know in the comments section below.