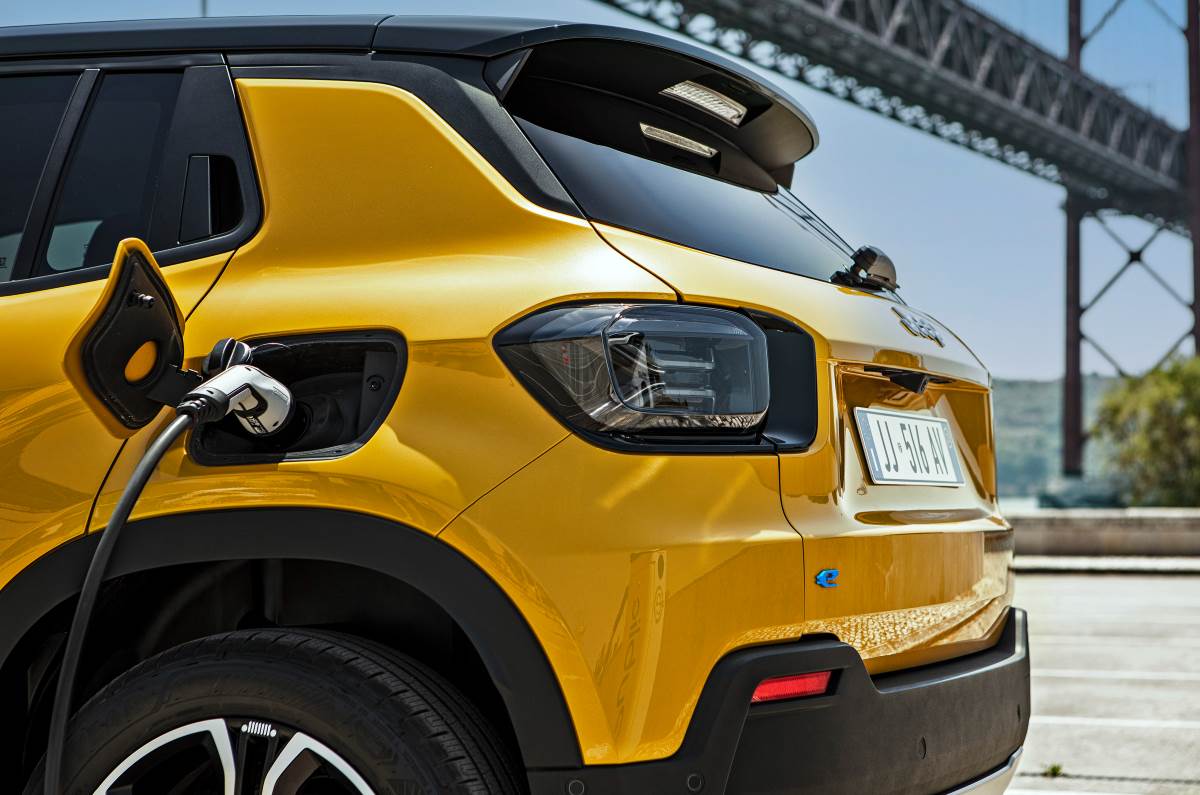 Jeep has unveiled three new electric SUVs – the Avenger, Recon and Wagoneer S – during 4xe Day 2022. A fourth EV was also teased that Jeep says will preview the future of the brand, but nothing more about the car was revealed. The SUV manufacturer also announced that it will launch electrified, 4xe versions of all its models.

Jeep Avenger is the smallest SUV by the brand

The Avenger, Jeep’s smallest SUV, will launch in Europe in the first half of 2023 and will be the first to use Stellantis’ STLA Small platform. There will also be a mild hybrid Avenger that will use the CMP platform but details about its powertrain remain scarce. More details about the Avenger will be revealed on October 17 during the 2022 Paris Motor Show.

Jeep claims that the small EV SUV has an estimated range of around 400km. It will be powered by Jeep’s electric motors that produce 95hp, with two or four fitted depending on the variant. It could produce up to 400hp with four electric motors. The Avenger will also come in two- and four-wheel drive versions. Jeep claims it will give the Avenger “impressive” ground clearance, good breakover and approach angles.

The Avenger will be built at Stellantis’ plant in Tychy, Poland, and will be sold in Europe, Japan and South Korea. It could be launched in India as well in the future.

Jeep previewed the exterior design of the Avenger in March. The entry-level SUV gets the trademark grille, which is closed off on the EV version and houses an ‘e’ logo to emphasise the model’s electric credentials. The headlamps have a split layout with thin LED daytime running lamps (DRLs) positioned right below the bonnet line. 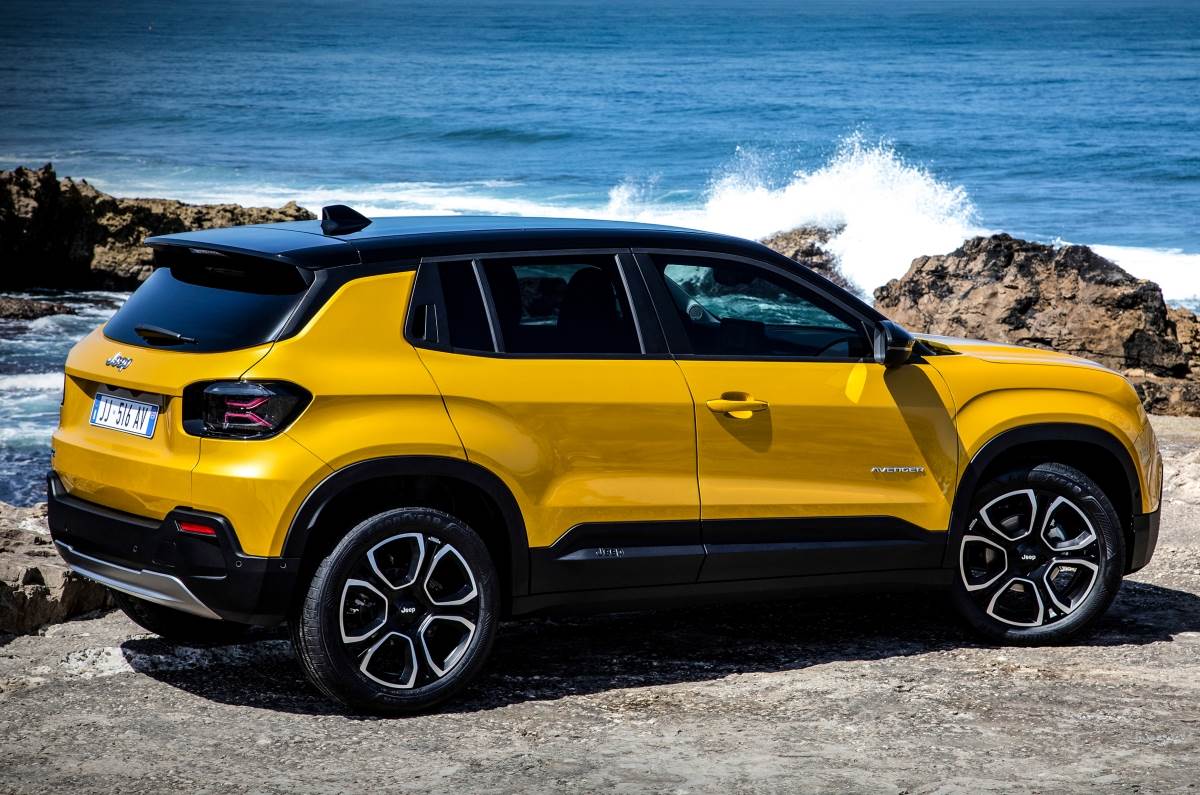 Jeep showcased the design of the Avenger in March.

In profile, the Avenger gets pronounced wheel arches, a strong shoulder line and notable amounts of black body cladding to add to its SUV character. The rear features squared-off tail lamps with X-shaped LED lights. The tailgate also sports an ‘e’ logo on the bottom left corner, and the bumper also has a bunch of black body cladding and a faux skid plate.

The Avenger’s five-seat interior is shown with a big, standalone touchscreen that is placed above the central AC vents. Apart from this, not much has been revealed about the interior of the small EV SUV.

The Wagoneer S – just a codename for now – will be the range-topping model in Jeep’s line-up. The upcoming EV SUV will likely have a big battery that will give it a range of up to 640km. Jeep aims that the electric Wagoneer S will deliver a 0-60mph (97kph) time of 3.5 seconds and produce around 600hp. 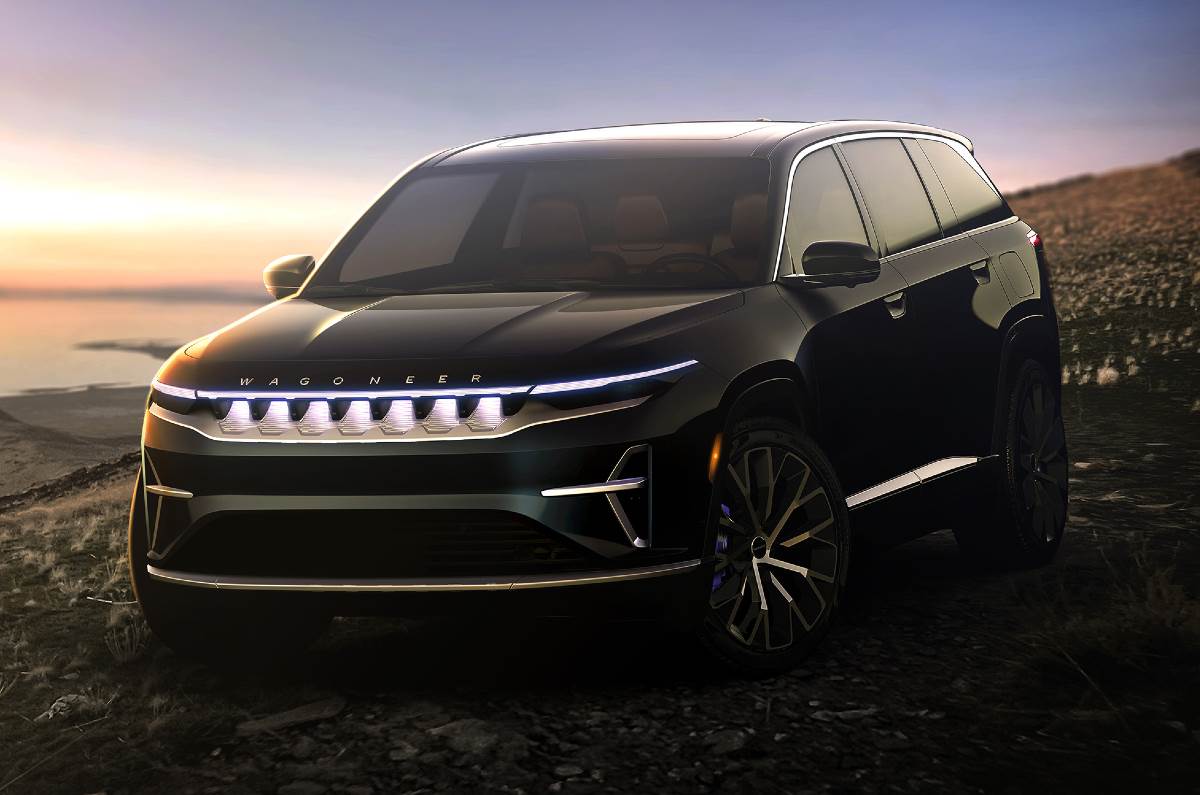 While details are scant, the Wagoneer S will be among the first to be built around Stellantis’ STLA Large platform. It will be launched by the end of 2025 and will be launched in the USA first.

The Wagoneer S will feature LED-lit iteration of Jeep’s trademark seven-slat grille, which is flanked by thin headlamps and gets a LED DRL lightbar. In profile, the range-topping EV from Jeep gets sleek body lines and flush-fitting door handles, along with a chrome accent that sits above the windows.

At the rear, the Wagoneer S is shown with a raked roofline along with a big wing that is supported by the D-pillars. Alongside, the rear also gets an LED lightbar for tail lights, accentuated by a chrome strip.

Under the hood, so to speak, the off-road-oriented Jeep Recon will feature a similar platform, power figures and range as the Wagoneer S. Inspired by the Wrangler, the Recon will get removable doors and an open-top design, with one-touch power functionality. Jeep further mentioned that the Recon has “impressive approach, departure and breakover angles.” 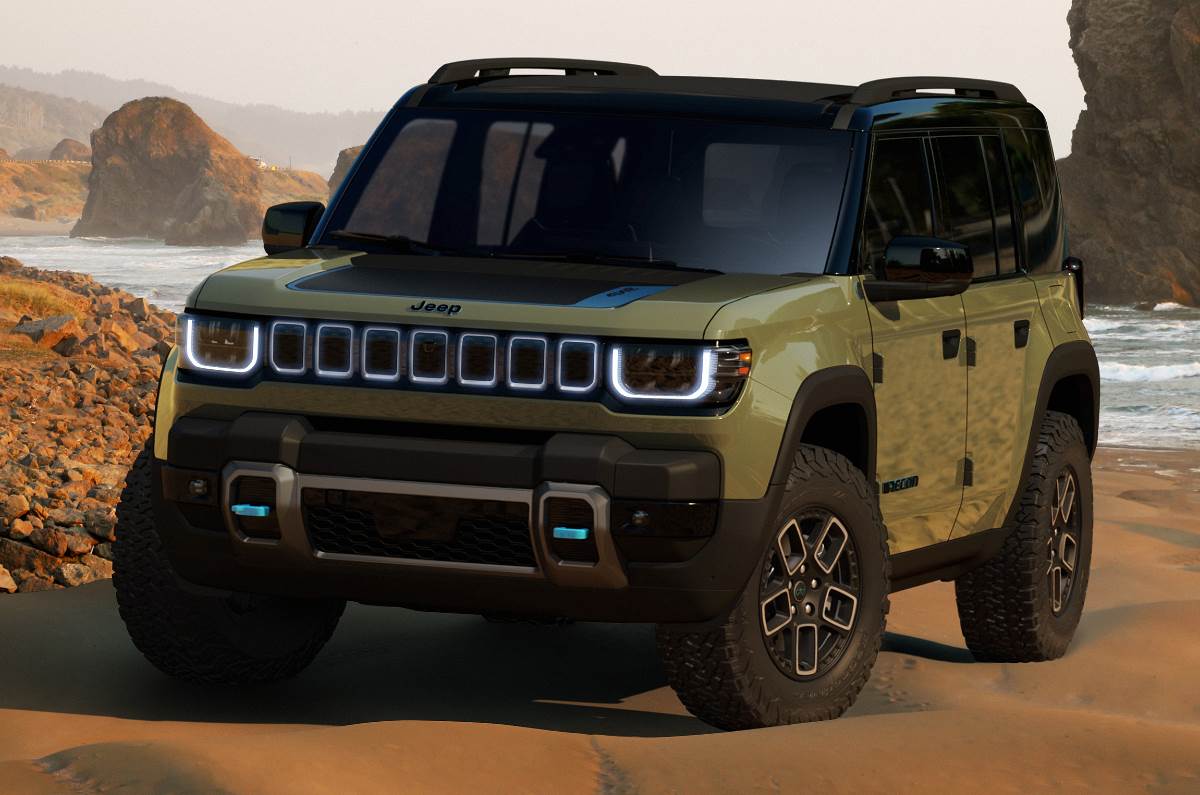 Recon is inspired by the Wrangler.

Jeep mentions that the Recon will feature trail-rated capabilities with Jeep Selec-Terrain traction management system, e-locker axle technology, off-road tyres and other off-road goodies. While the details about the Recon are scarce, it is expected to be a rival to the Ford Bronco Sport.

Which of the three new electric SUVs by Jeep is your favourite? Let us know in the comments.

The Kapil Sharma Show In Trouble? After Krushna Abhishek & Bharti Singh, Chandan Prabhakar Also Bids Adieu To The Show While Calling It A ‘Break’ [Reports]

What 5G has for you and enterprises, Ericsson showcases…