Honda Cars India is preparing to bring in the facelift of the fifth-generation City in India. The test mules of the upcoming sedan have already been spotted under camouflage in India. The upcoming City will also get the addition of new features apart from the facelift.

According to Times Now, the new Honda City facelift will arrive in January 2023 in India. The India-spec Honda City is likely to get milder updates including new bumpers. In India, Honda City is positioned as a premium family car instead of a sporty sedan. 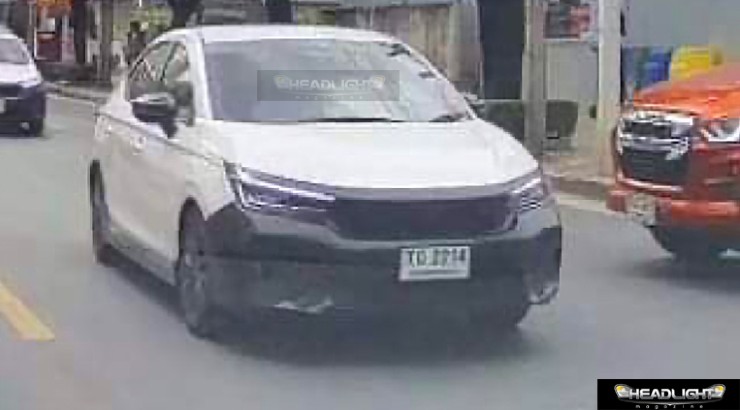 To keep up with the competition, the new Honda City might get a few additional features on the inside, such as more connected car features, a wireless charger and ventilated front seats. It is also expected to get a revised infotainment system with more connectivity features. However, Honda will likely retain the dual-tone black and beige leather upholstery in the facelifted version.

When it comes to powertrains, expect the facelifted Honda City to discard the currently-available 1.5-litre four-cylinder diesel engine. Available solely with a 6-speed manual gearbox, this diesel engine produces 100 PS of maximum power and 200 Nm of maximum torque. Honda might ditch this diesel engine owing to the additional costs of upgrading it to the BS6 phase 2 norms, which requires high investment costs. However, considering the limited volume of diesel cars sold now, Honda might not continue with this engine.

It means that the new Honda City facelift will be available with two powertrain options. First, there is the volume-oriented 1.5-litre four-cylinder naturally-aspirated petrol engine, which develops 121 PS of power and 145 Nm of torque and will be available with both 6-speed manual and CVT gearbox options. There will also be the niche 1.5-litre full-hybrid powertrain, which includes an Atkinson cycle petrol engine, a front-mounted electric motor and a lithium-ion battery.

Honda has its plans set for 2023, as it along with the facelifted City, will be bringing in a new midsize SUV to take on the likes of the Hyundai Creta and Kia Seltos. However, it will be trimming its lineup by discontinuing current models like Jazz, WR-V and fourth-generation City.

The Honda City has completed 25 years

Honda added the all-new City e:HEV to the Indian market. The biggest highlight of the Honda City Hybrid is its powertrain, which is a combination of a 1.5-litre four-cylinder Atkinson petrol engine paired with a lithium-ion battery and a two-motor e-CVT system comprising of a traction motor and a generation motor. The City Hybrid features three driving modes – EV drive mode, hybrid drive mode and engine drive mode. The City Hybrid claims a maximum torque output of 253 Nm and class-leading fuel efficiency of 26.5 kmpl.