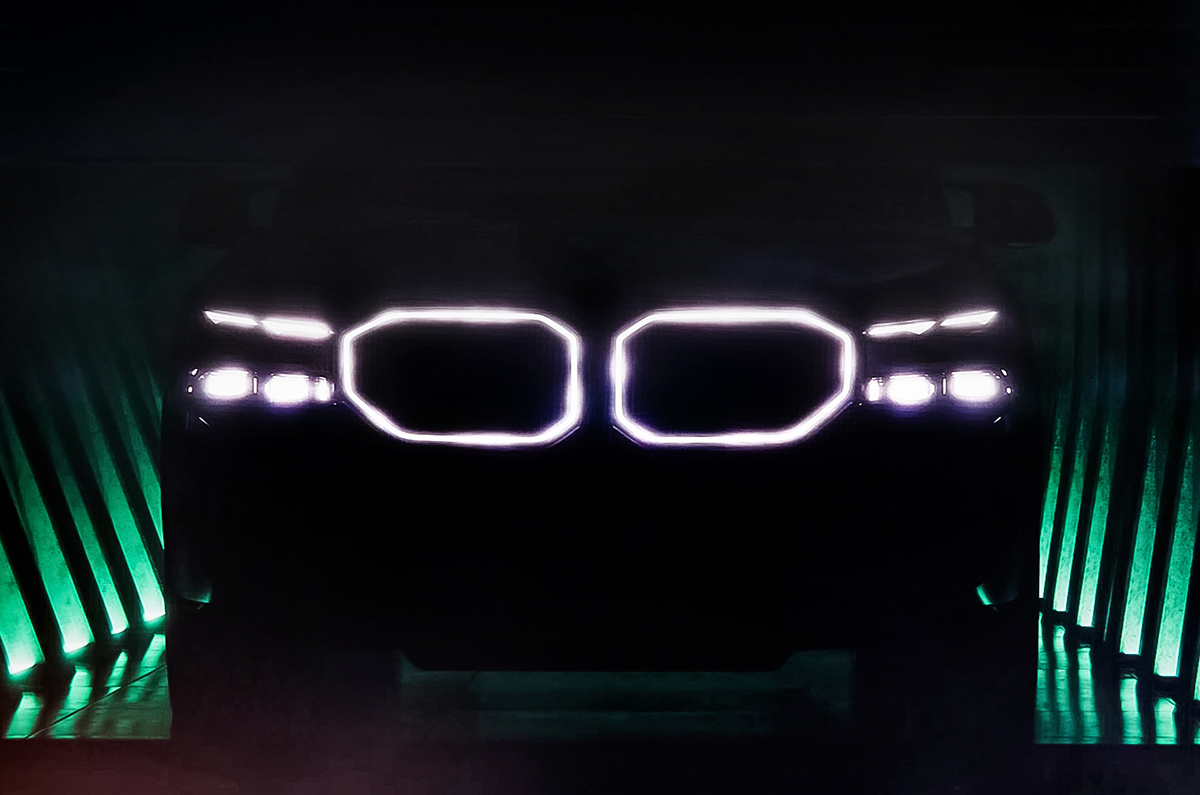 The upcoming BMW XM SUV will be sold solely as an M car, similar to the M1 supercar of 1978.

BMW has released a video that teases their all-new production ready XM SUV. Set to be unveiled on September 27th, the upcoming XM SUV in production guise is expected to feature minor styling changes whilst retaining the distinctive and angular design from the concept.

The teaser reveals that the XM is set to get an illuminated outline around the kidney grille, complemented by the split LED Daytime Running Lamps and headlamp set-up previously seen on the facelifted X7 SUV and the all-new 7 Series. As per the recently leaked patent images, the XM is also expected to get a new central intake below the front grille with a prominent sensor for the SUV’s driver assistance systems, reprofiled air curtains and fender flares.

The brand has confirmed that the SUV will get optional 23-inch M-spec alloy wheels. Based on test mules, the upcoming XM will feature a stacked quad exhaust system and redesigned tail-lights at the rear. However, BMW has yet to reveal or provide information regarding the interior of the XM.

The upcoming BMW XM will use a plug-in hybrid powertrain that’s designed around its new 4.4-litre V8 engine, which is expected to be paired to an 8-speed automatic transmission. This gives the XM a combined power output of 650hp and 800Nm of torque, which will drive all four wheels via the M xDrive system.

BMW is also expected to introduce a more powerful variant of the XM that will put out 750hp and 1,000Nm as seen on the concept version. As a plug-in hybrid, the BMW XM will have an electric-only range of 80 kilometres as per the WLTP cycle. It will also be equipped with adaptive suspension and a new electromechanical roll stabilising system with 48V technology.

As part of the ongoing 50th anniversary celebrations of its M division, BMW has launched 50 Jahre Editions of the M340i, 630i M Sport, 530i M Sport, M4 Competition, X7 40i M Sport and the X4 M Sport. In May, the German brand launched the i4 EV, which has a claimed range of 590km, as per the WLTP cycle – highest amongst all EVs sold in the market.