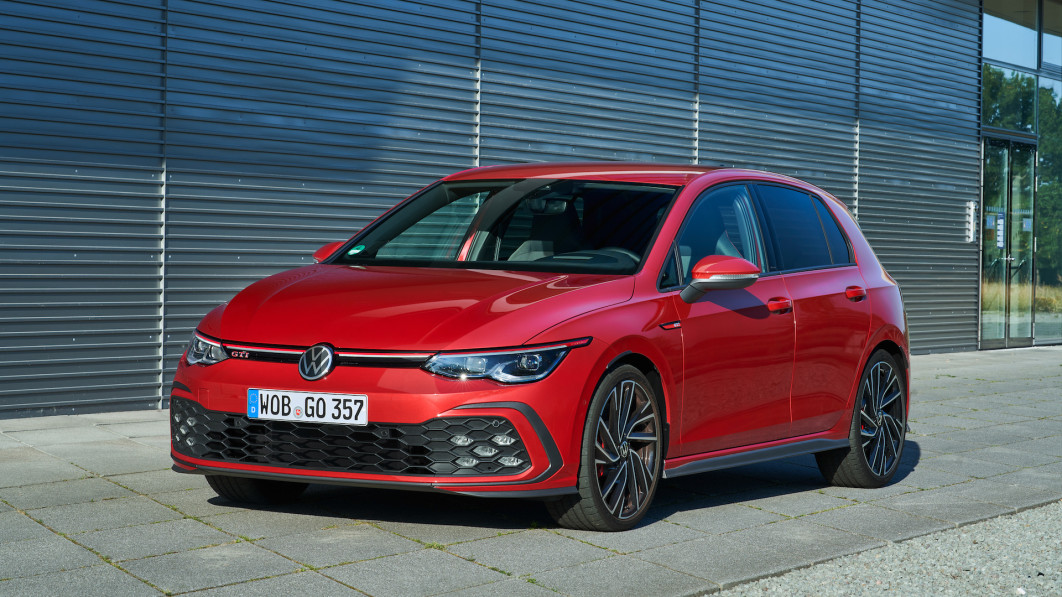 Volkswagen trimmed the Golf lineup in the United States, leaving just the high-performance GTI and Golf R on sale. The pair got a complete overhaul for the 2022 model year, bringing them into their eighth generation, and while their focus is on performance, VW equips them with an extensive list of safety equipment. The automaker’s efforts have been successful: The Insurance Institute for Highway Safety just awarded the Golf GTI a Top Safety Pick and the Golf R a Top Safety Pick +.

The IIHS rates headlights as part of its safety assessment, and the GTI comes with different standard lightning, resulting in a slightly lower overall score. Where the Golf R earned a Top Safety Pick +, the GTI “only” picked up a Top Safety Pick award. The Golf R’s LED projector headlights and automatic high beams earned an “Acceptable” rating, while the GTI’s standard headlights got a “Poor” score. The agency stated that the standard LED reflector headlights failed to illuminate the sides of the road adequately, and visibility was inadequate across the board on curves.

Regarding actual crash safety, both cars earned “Good” scores in all categories. The standard crash prevention system picked up a “Superior” rating for vehicle-to-vehicle safety and an “Advanced” score for vehicle-to-pedestrian safety. Headlights get an emphasis during the rating process because most accidents happen at night.

The GTI’s slightly lower scores don’t mean that it’s any less safe than the Golf R. It’s worth noting that the base GTI and SE trims are the ones that caused the issues during testing. While the SE comes with projector headlights, it lacks the automatic high beam function that the top Autobahn trim brings.

The IIHS is funded by the insurance industry and conducts safety testing on most new makes and models. Moving forward, the agency will make its night testing criteria much more rigorous. The 2023 standards will include ratings for the nighttime functionality of features like automatic emergency braking.

Though standards are tightening, more cars earned Top Safety Pick awards in 2022 than in the year prior. At the same time, traffic fatalities continue increasing, with 2021 setting a record for road deaths. Where advanced driver aids were once held back for the most expensive models, automakers have added them to entry-level vehicles to improve safety scores and attract buyers.

Everything You Need to Know About Greta Gerwig’s ‘Barbie’