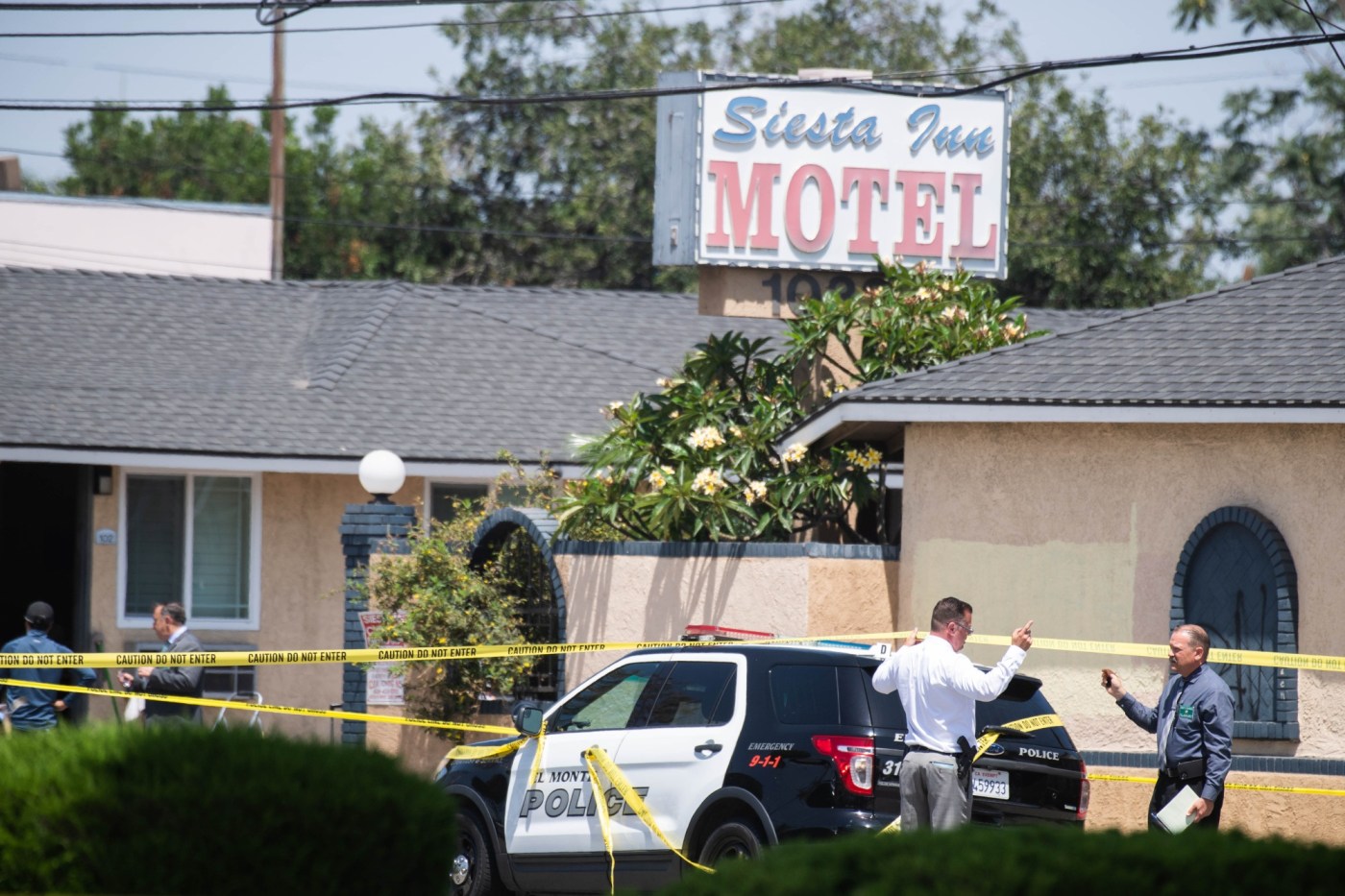 Two El Monte officers shot and killed while responding to a report of a stabbing at a motel Tuesday night were identified by city and county coroner’s officials Wednesday as Cpl. Michael Domingo Paredes and Officer Joseph Anthony Santana.

Both men “were raised in the city of El Monte and had a strong connection to the community they served,” city officials said in a statement posted to Instagram with photos of the two men.

They both lived in Upland, coroner’s officials said Wednesday afternoon.

Paredes, 42, had served as a full-time officer with the department since July 2000, working several specialized assignments before achieving the rank of corporal, officials said. He started his law enforcement career as a cadet with EMPD.

Paredes leaves behind his wife, a daughter and a son.

Santana, 31, came to the department after working three years as a deputy sheriff with the San Bernardino County Sheriff’s Department, officials said. He was hired on at the department in 2021. He previously worked with the city as a part-time public works employee prior to his law enforcement career.

Santana leaves behind his wife, a daughter and twin boys.

“Corporal Paredes and Officer Santana paid the ultimate sacrifice, while in performance of a noble profession, serving the community they loved,” officials said.

The officers had responded to the Siesta Inn on Garvey Avenue, but were immediately taken under gunfire, officials said. They were both taken to LAC + USC Medical Center, where they died.

The suspect was shot and killed by at least one other officer outside of the hotel, officials have said. He died at the scene and had not yet been identified as of Wednesday afternoon.