10 Most Enchanting Magical Girl Anime of All Time 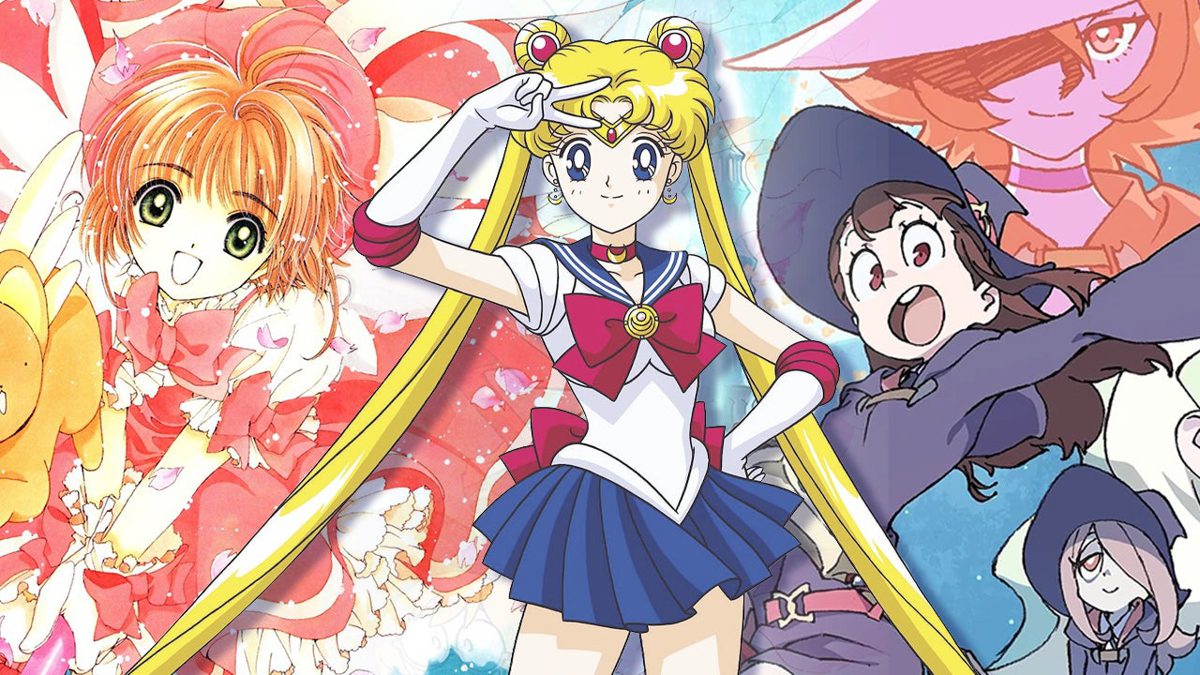 Transformative. Captivating. Heart-warming. The magical girl genre has become a staple of anime over the past three decades, with its own delightful tropes, unforgettable anime characters, and legions of fans. But if you want to venture outside of the classics like Sailor Moon and Cardcaptor Sakura, where should you venture? This list is not only a definitive ranking of the best that the magical girl anime genre has to offer but will also hopefully introduce you to some new faves, underseen gems, and contemporary offerings to fill that magical girl-shaped hole in your life. So get ready for witches, cat DNA, magical rods, and more!

Little Witch Academia is an extremely cute magical school story that reimagines the magical girl trope for a post-Harry Potter generation. When Akko gets into the fantastical Luna Nova Magical Academy, she can barely believe it. Her whole life she’s wanted to learn magic, but it’s been hard as though she adores the famed witch Shiny Chariot, Akko isn’t magical herself. That all changes when she discovers a magical artifact connected to her idol. Soon Akko is on a mission to reignite a love for magic in a world that’s swiftly forgetting its existence. Coming of age and witchcraft collide in this delightful series that centers cozy friendship and a unique take on magic. It’s a great anime series on Netflix you should definitely check out. 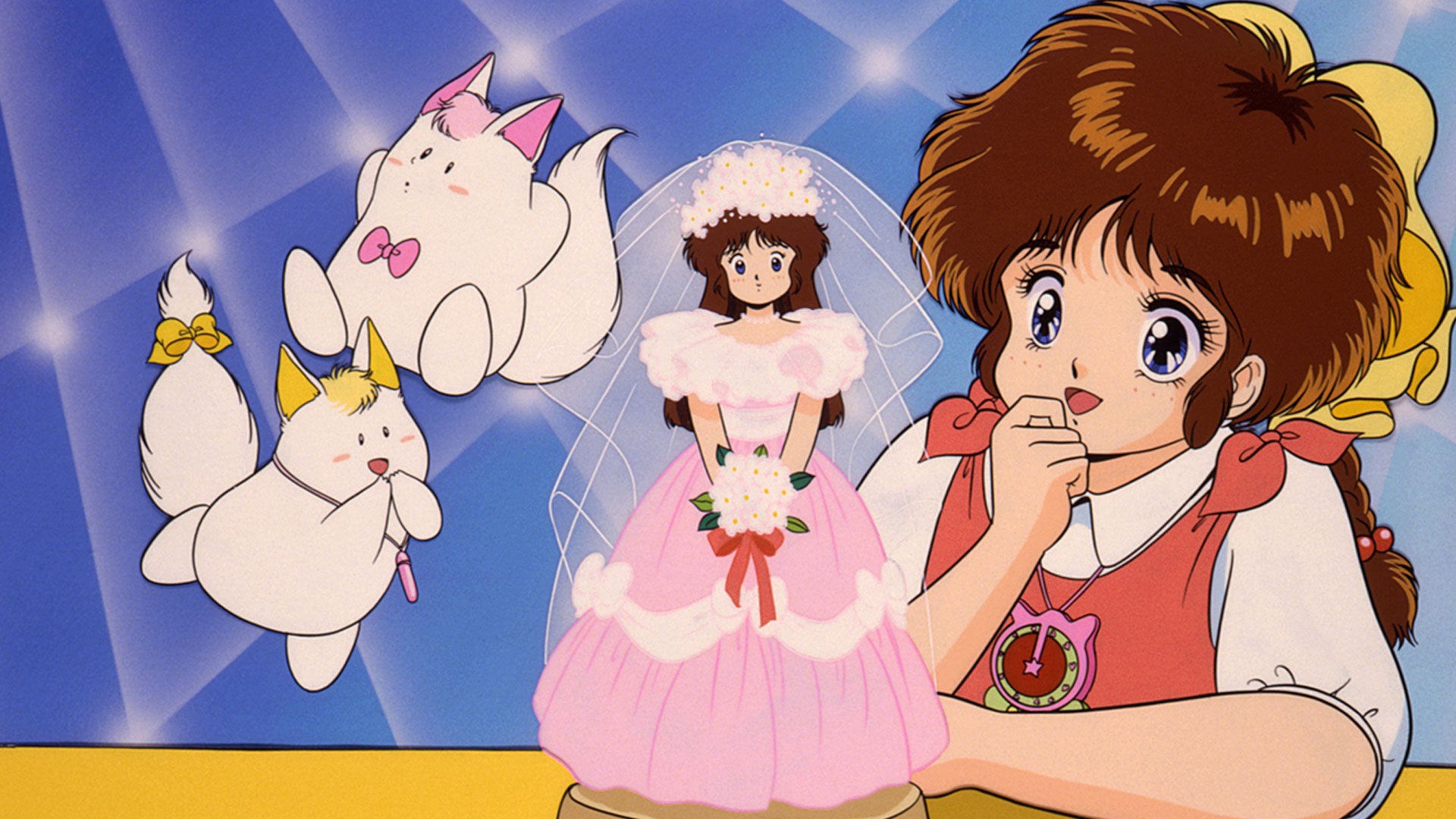 This 1986 series is one of the earliest examples of a magical girl anime which meant it had to hit our list. It also centers around one of the best anime and manga tropes: a main character who wants to make manga themselves. Yumi is an aspiring artist who wants nothing more than to become a mangaka. Her love for art is only matched by her passion for flowers which comes from growing up with her florist parents. When she saves a flower from being picked she is gifted two magical gifts, a wand and a locket, which allow her drawings to come to life. Retro and charming, Pastel Yumi, the Magic Idol is an underseen gem that’s worth checking out. 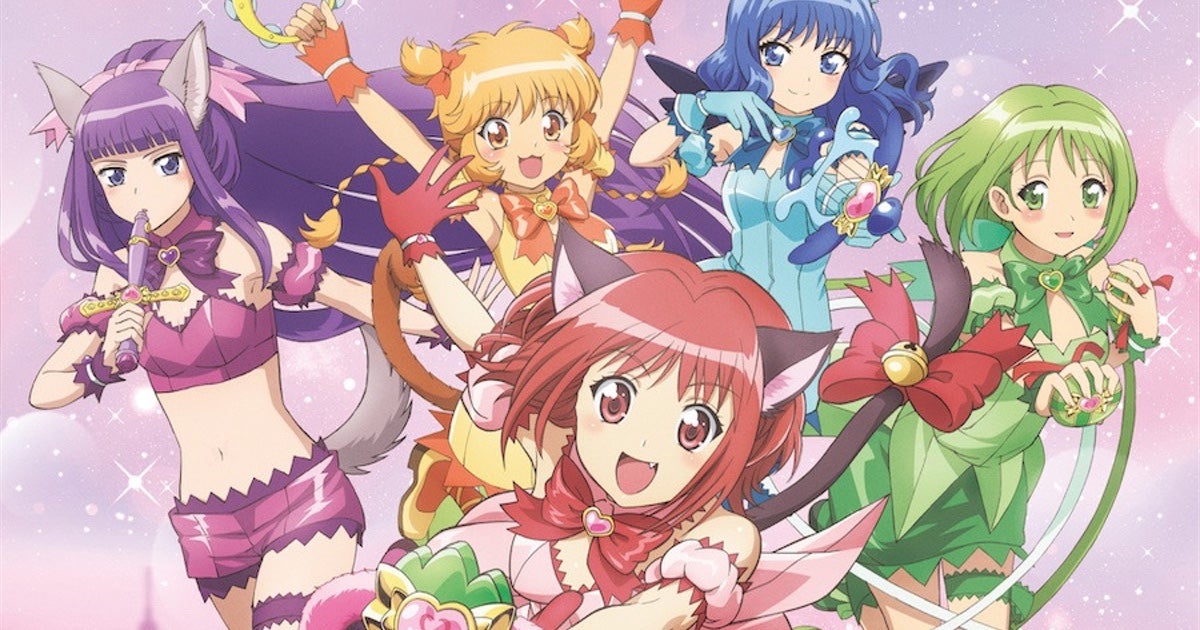 Adapted from the manga by Reiko Yoshida and Mia Ikumi, Tokyo Mew Mew is an extremely unique take on the magical girl anime. In this cute tale (or should that be tail?) our hero Ichigo Momomiya gets her powers from an accident that leaves her with big cat DNA! In a werewolf-esque transformation, Ichigo becomes more and more cat-like and she uses her powers to find the other girls who were affected by the accident. In no time the group faces down a strange alien threat that’s connected to their new powers. Wildly fun stuff! And the new reboot elevates the show to even higher levels of awesomeness! 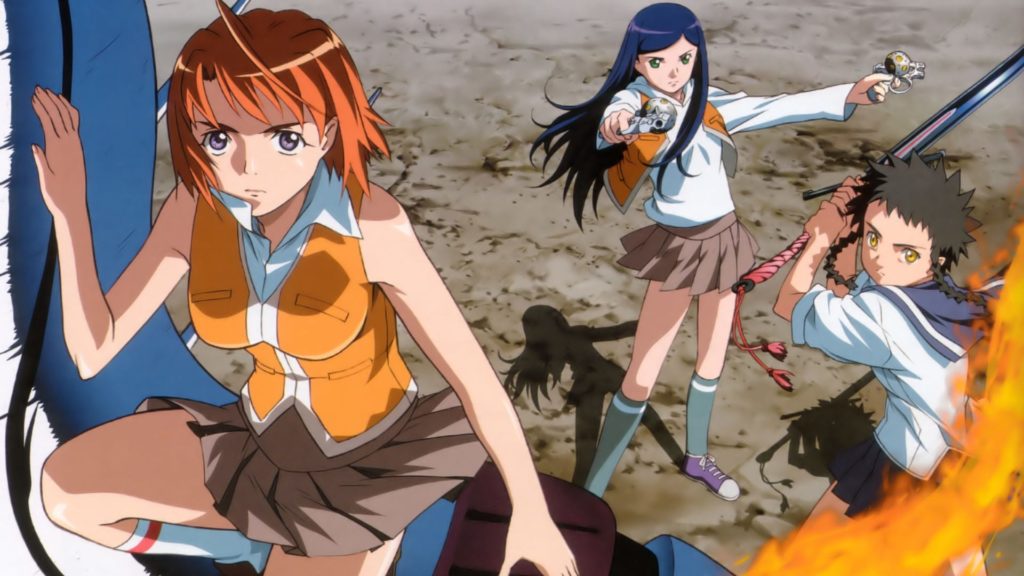 Folding the magical girl trope into a boarding school drama is a match made in heaven in My-HiME. Joining the elite and enigmatic Fuuka Academy is an Earth-shattering shift for Mai. She’s sure that she’ll never fit in at the oddly secretive school where unusual figures hide around every corner. Soon, though, she realizes she’s there for a reason and that there are others like her there: those marked with a special symbol that allows them to summon a familiar to protect the world from nightmarish creatures. But that being known as a “Child” is deeply connected to someone they love adding serious stakes to the battles. 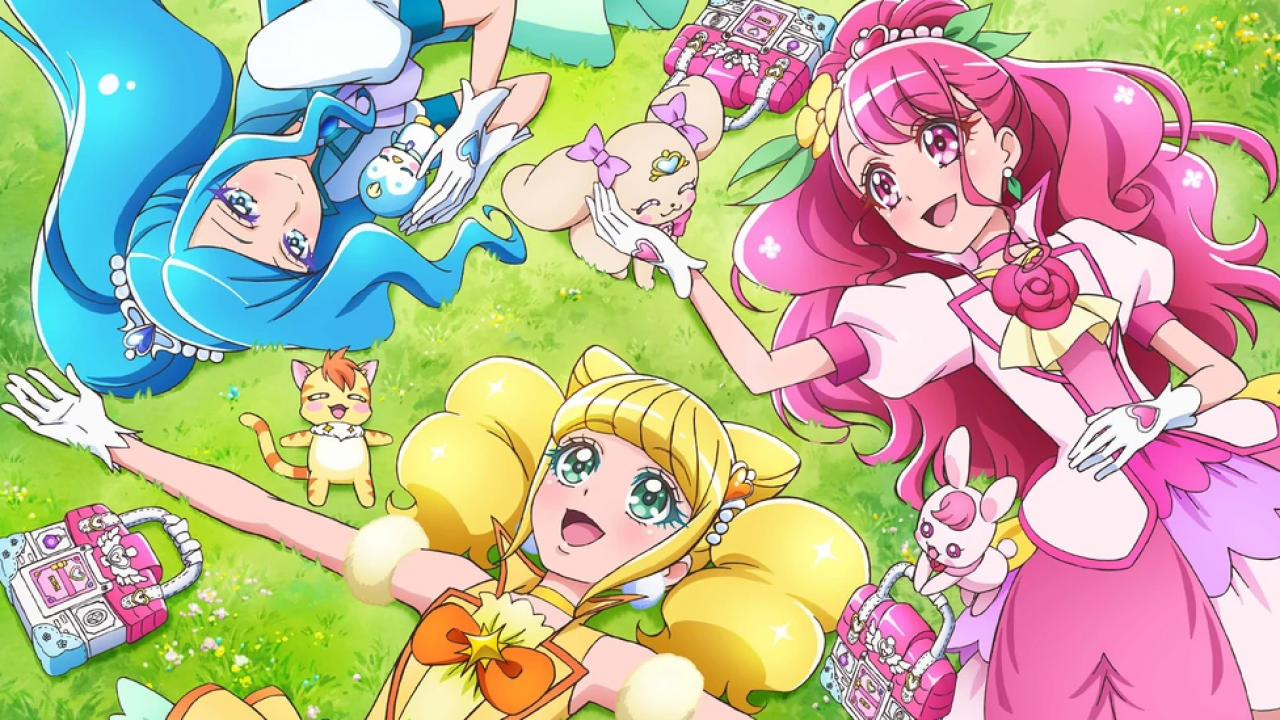 Need a magical girl series where you can lose yourself in multiple seasons? Then try out Pretty Cure which has an astounding 800 episodes all centered around the same premise. A group of young girls gain magical powers, allowing them to fight the forces of evil. It’s the most classic take on magical girl lore and one that keeps delivering. This technicolor, super-cute series has lasted this long for a reason and it’s because it’s absolutely delightful. Plus, if you need a cute creature or two with your magical girls, Pretty Cure delivers on that front too. 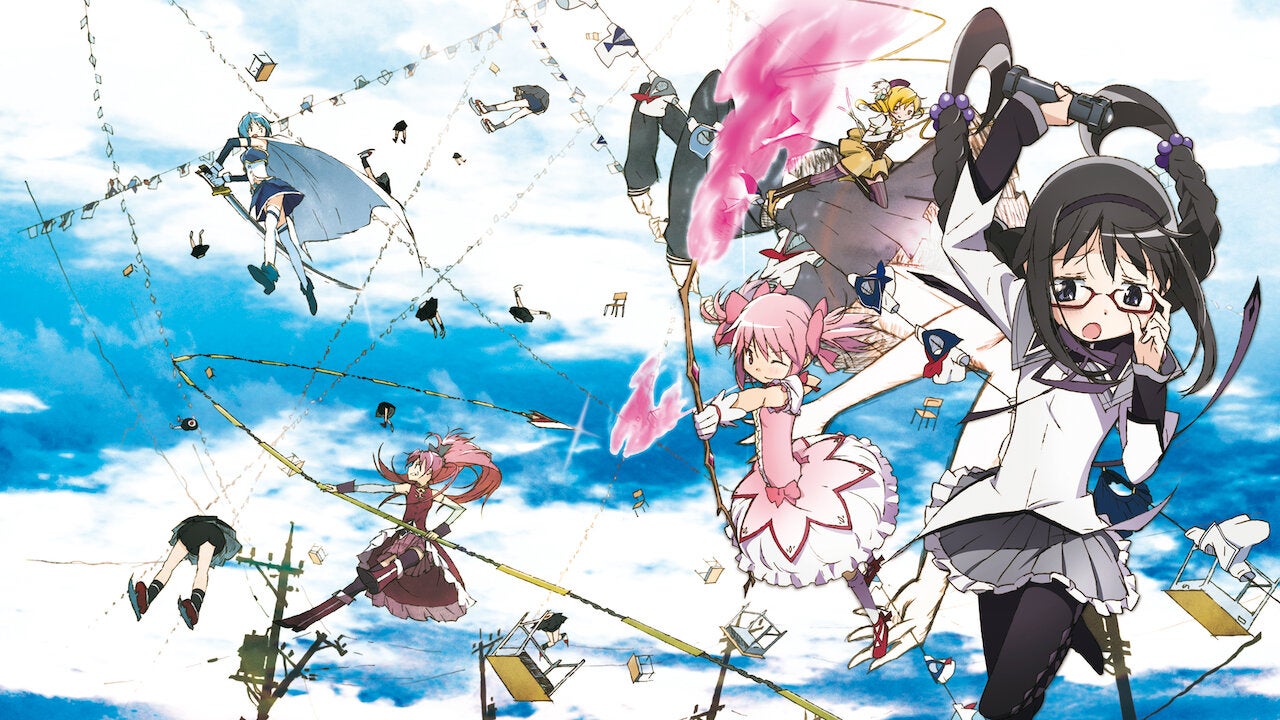 Taking the magical girl trope and adding a more textually magical — and ultimately heartbreaking — reasoning, this series takes its core group of young women and transforms them into supernatural witch fighters. First, however, they must agree to a contract offered to them by what appears to be a cat, giving them their magical powers in order to fight witches. Though the set up sounds pretty traditional, this is a story concerned with the realities of being a magical girl. Exploring trauma, exploitation, and the lies that young people are told in order to keep them in line, this is a fascinating examination and excavation of the trope. 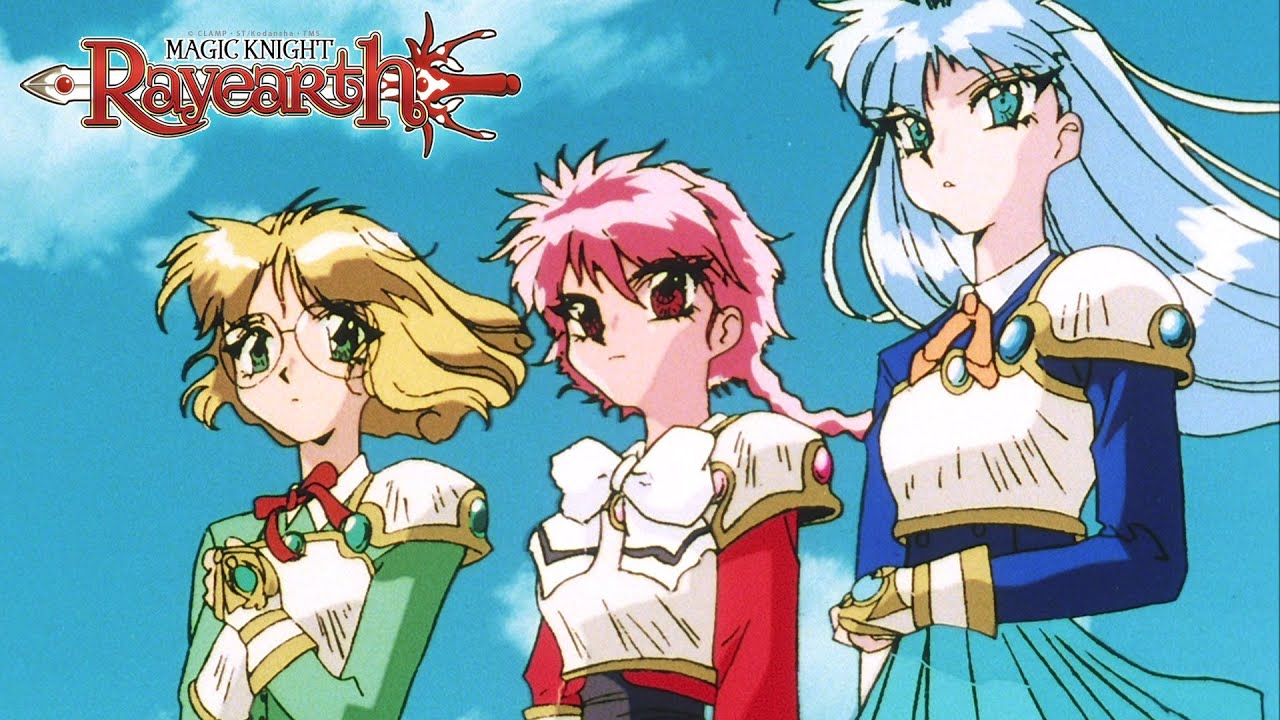 The artist collective known as CLAMP is behind many of your favorite manga and anime. And one of their most famous is this ambitious universe-hopping magical girl series. Who among us didn’t want to journey to an unbelievable magic world rather than studying all day and attending school? In Magic Knight Rayearth that dream becomes reality as friends Hikaru Shidou, Umi Ryuuzaki, and Fuu Hououji get entangled in an interdimensional adventure during a school field trip, transported to a world they can control with their will. This high fantasy epic showcases just what made CLAMP such a cultural powerhouse. Expansive worldbuilding, beautiful animation, and complex relationships, this is the kind of series you can lose yourself in again and again. There has even been a series of Magic Knight Rayearth Games back int he 90s’ that you can play. 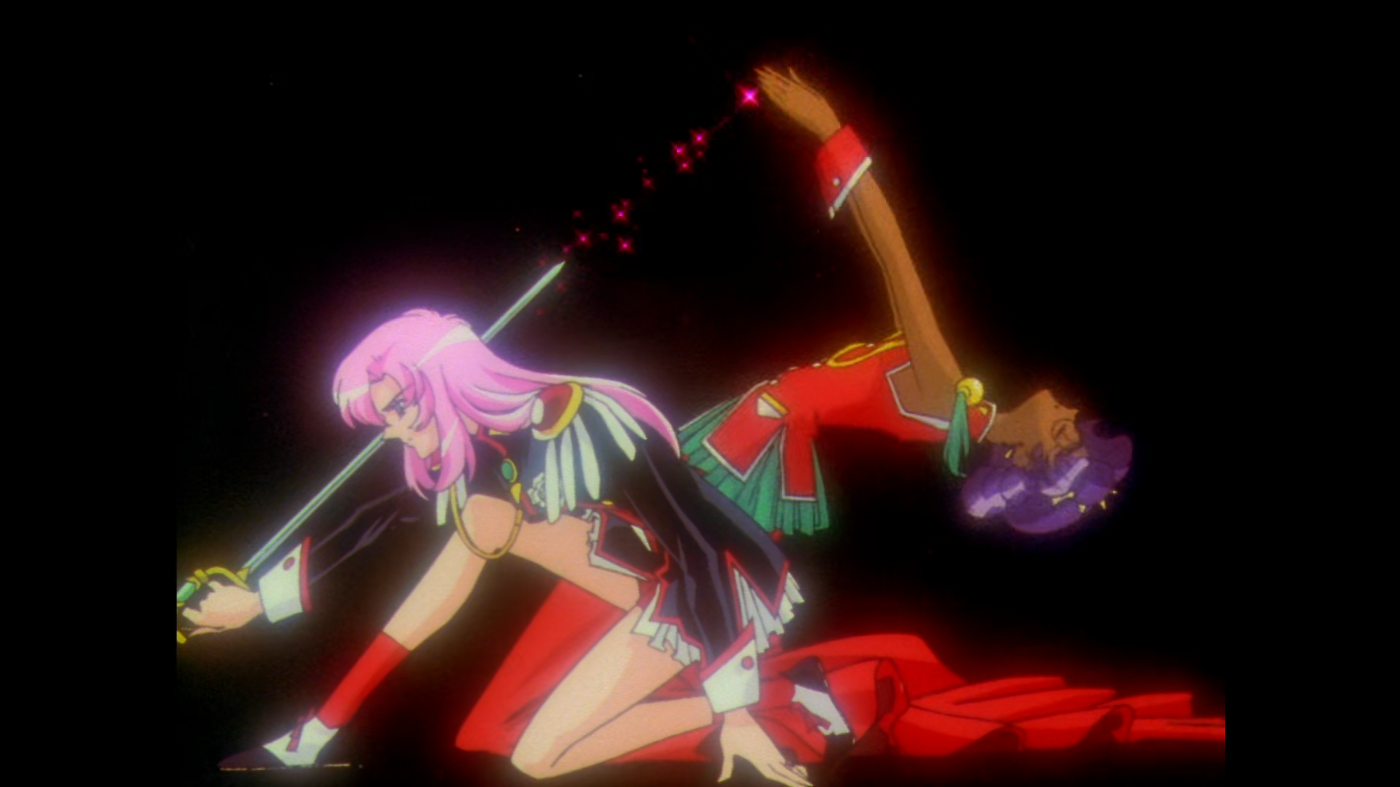 One of the most influential and subversive magical girl anime of all time, Chiho Saito and Be-Papas’ Revolutionary Girl Utena is like nothing else on our list. Romantic, stylish, and inspired by chivalry of old, this story centers on a young orphan Utena who, after an encounter with a charming Prince, decides that she needs to become a prince herself. It’s a choice that informs the rest of her life and plays a pivotal role in the story as it leads Utena to enter a secretive dueling contest at her school where she finds herself suddenly entangled with a mysterious girl known as the Rose Bride. This surrealistic take on the genre also acts as an exploration of its tropes and expectations, making it a wonderfully meta ride. 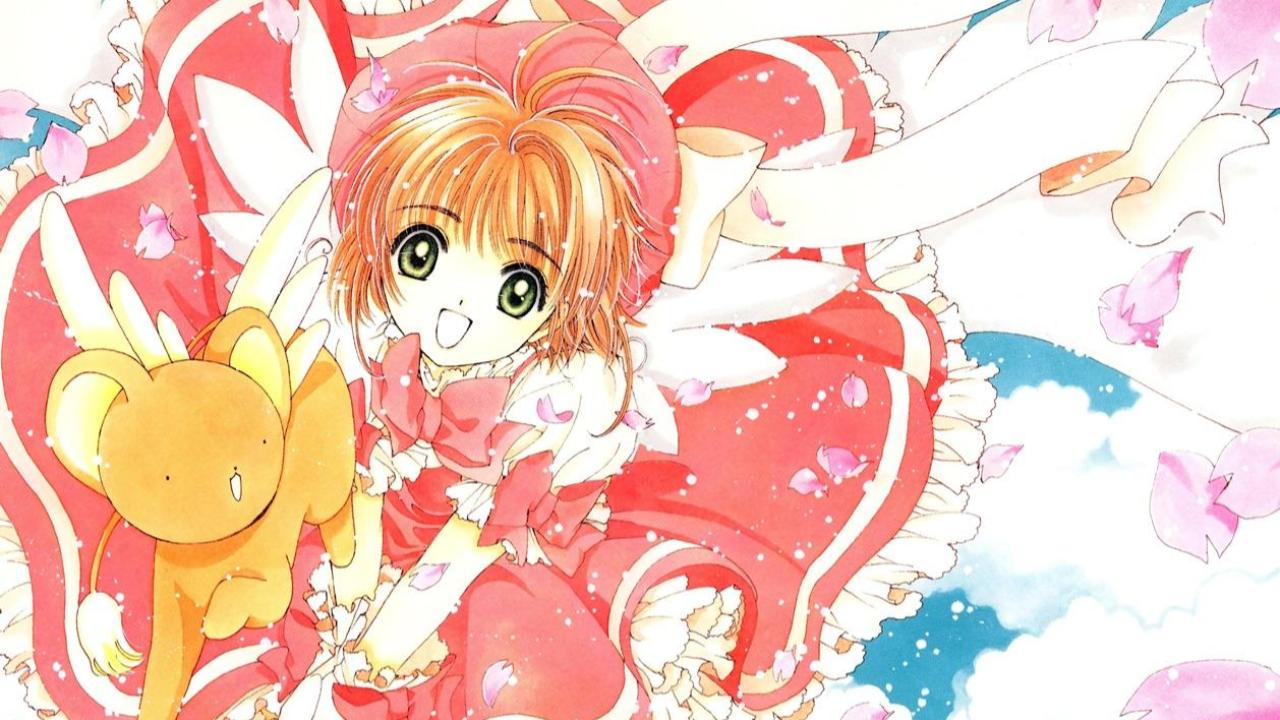 This stone cold classic from CLAMP was a truly transformational experience for a certain age of TV viewer. Following the titular Sakura, this fashion forward, action-packed series combines the magical girl genre with the card collecting craze of shows like Yu-Gi-Oh and, of course, Pokemon. When Sakura discovers a strange book in her basement, she accidentally unleashes the mysterious and dangerous Clow Cards. Soon, she learns that as well as being a normal elementary school girl she’s a powerful magic user and sets off to capture the cards. Luckily, she has the help of a cute and enigmatic creature named Cerberus, who guards the artifacts. 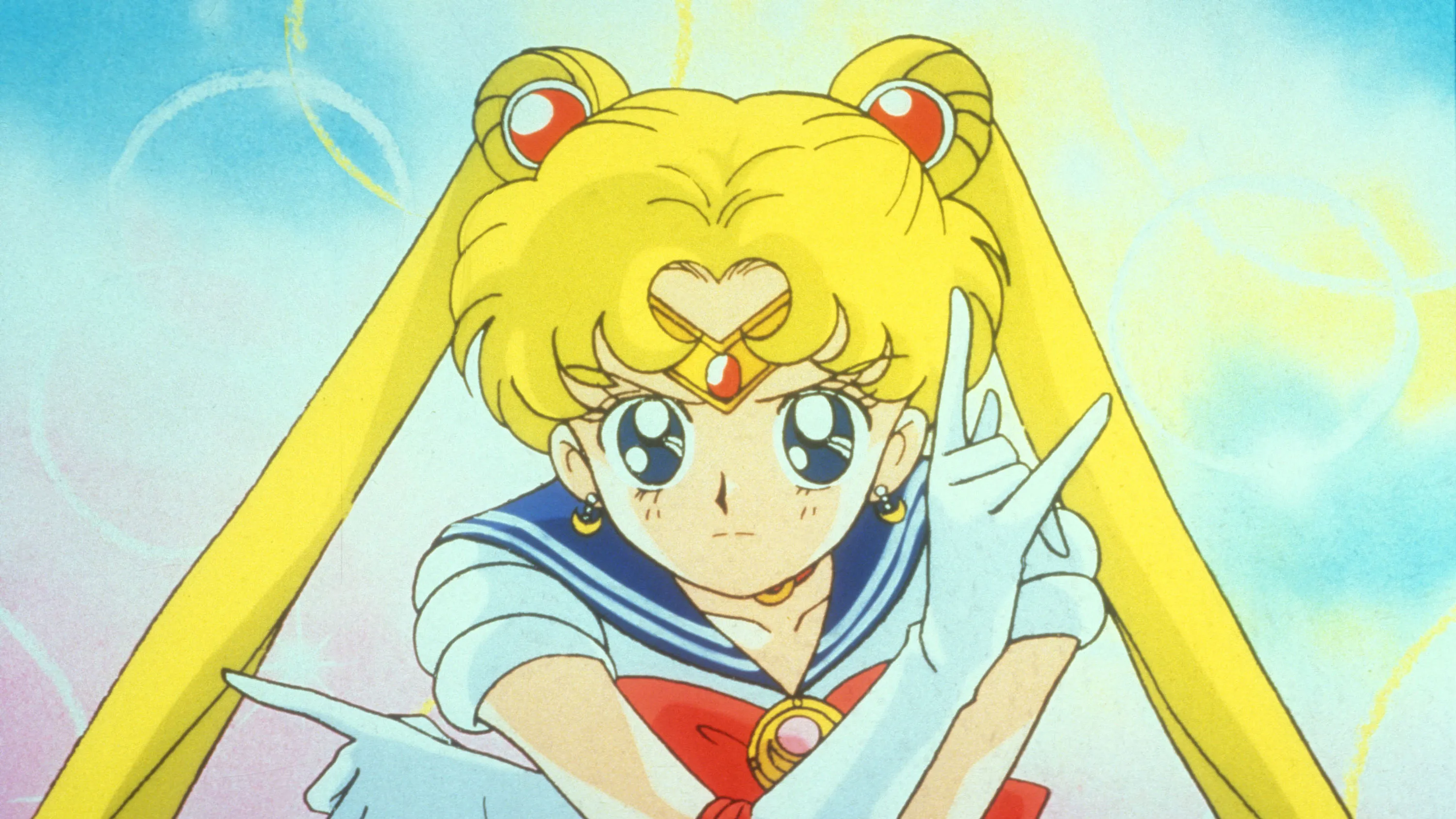 There was only one choice to top our list and of course it was Naoko Takeuchi’s groundbreaking Sailor Moon — arguabley one of the best anime of all time. One of the most globally renowned anime series of all time, the story of a normal school girl, Usagi, and her unexpected role as the titular Sailor Moon is a classic for a reason. Gorgeous animation, stunning character designs, and that all time great transformation sequence make this the granddaddy of all magical girl anime. It helps that each of the Sailor Scouts is as well built out and unique as Sailor Moon, allowing audiences to find their own favorites as they revisit the hilarious, heartfelt, and action-packed series over the years. Easily the most influential and impactful series on our list, Sailor Moon is a must watch for anime fans.

Looking for more anime suggestions? Take a look at our guide to the best vampire anime as well as our list of the most underrated anime series.

Succession of HUF assets: Can my married daughter be appointed Karta?

Single-cell tools give insight into active antibiotic resistome in soils