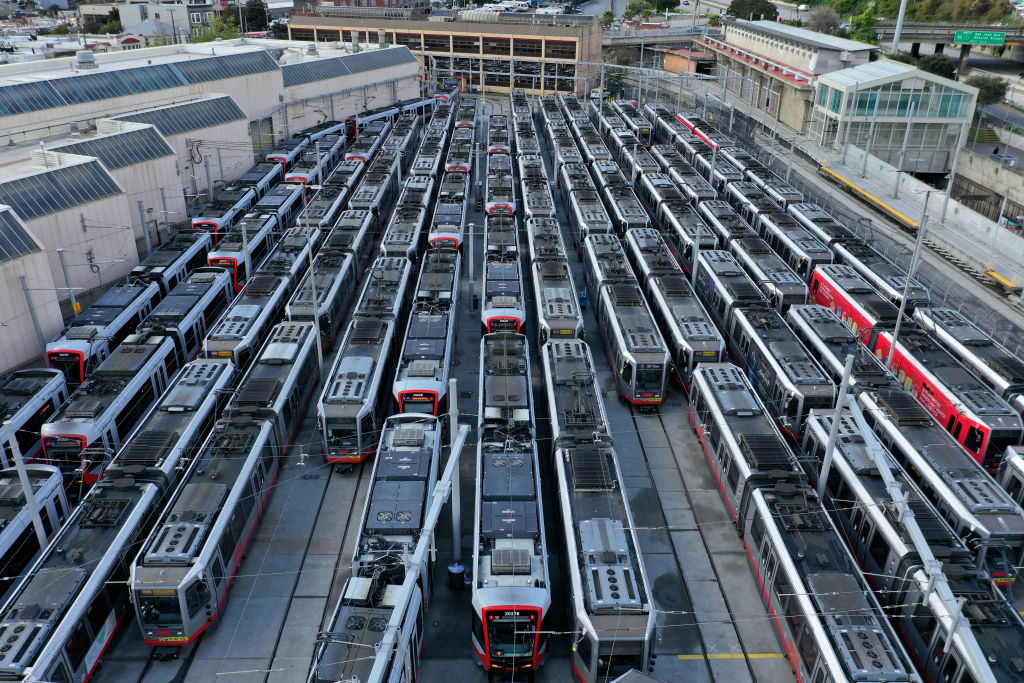 SAN FRANCISCO — One person was killed and another was wounded in a shooting on a crowded subway train in San Francisco Wednesday, a city supervisor said.

Supervisor Myrna Melgar said San Francisco police informed her that the shooting happened around 10 a.m. on a San Francisco Muni train between Forest Hill and Castro stations. She says the perpetrator ran out of the train at the Castro station and remains at large.

Melgar said the train was packed with commuters when the shooting happened.

“When the train stopped, the perpetrator ran out, along with all of the people on the packed train,” Melgar told The Associated Press.

Melgar said San Francisco Deputy Chief David Lazar informed her there was a heated argument inside the train before the suspect shot a person, who later died.

“There was an altercation between folks who may have known each other inside the subway before it stopped in Castro,” said Supervisor Rafael Mandelman, who represents the Castro District.The station where the suspect ran out is at the heart of San Francisco’s famous gay neighborhood of the Castro, which is internationally known for its LGBTQ activism. The shooting comes just four days before San Francisco’s Pride parade, which typically draws thousands of people.

San Francisco police spokeswoman Officer Kathryn Winters said the shooting doesn’t appear to have any connection to Pride events or have targeted the LGBT community.

“Right now it’s a busy time, we have children riding the train to go to summer programs, commuters heading to work,” Melgar said. “I just know there are too many guns out there.”

Subway service was suspended in the area as police gathered evidence. Passengers were being transported in buses and shuttles, Melgar said.

Swimmer Saved by Coach After Fainting at World Aquatics Championship

Fans Are More Convinced Than Ever That Kevin Feige Hates Inhumans